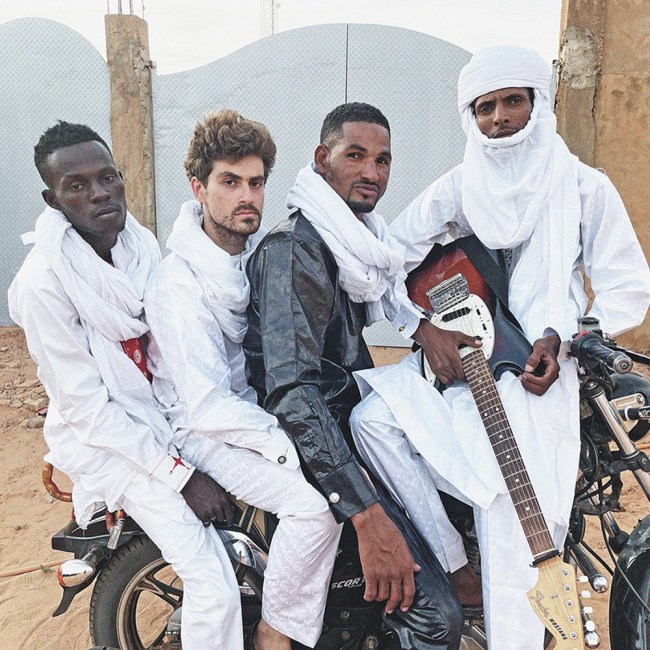 Western conceptions and interpretations of African art have long spread the notion that the continent and its peoples are far behind the more advanced, more enlightened civilizations of Europe, and even those of Asia and the Middle East. This profound misunderstanding of the unique historical circumstances and cultural signifiers of the regions of the continent have caused irreversible damage to the inhabitants of these lands; from justifications of slavery based on Judeo-Christian notions of superiority to the entire history of colonial relations based on predatory terms of which sequels of underdevelopment and eternal military conflict exist to this day, the role of the West in Africa have been rooted in hate and exploitation.

This legacy has its own set of unintended consequences even when trying to analyze the hundreds, if not thousands of different cultures of Africa in an academic scope, which has led to both erroneous categorizations of historical ethnic relations and of course, the fetishization of their art. Racism can go both ways, as even the most progressive, well-meaning Westerners tend to observe African cultural manifestations under prejudice. Their aim to understand this art is to do it through a European lens and under European values. No wonder a significant number of precious artifacts from the continent have been reduced to mere curiosities, showcase pieces that grace the shelves of museums and the living rooms of oligarchs and nobles.

But art is born from resilience, especially for the racialized peoples of the world. Most crucially, it’s an expression of how a plethora of ethnicities have historically communicated, of how, even at times of internal tensions and war, they have worked the same fields, eaten at the same table, and sung together. They’ve mixed and shared traditions spread faiths and tongues, and stood together against the white invader that aims to silence their voices and imprison their thoughts, whether they are Fulani or Maninké, Yoruba or Hausa, Gurage or Oromo, Kikuyu or Luo, Xhosa or Tsonga.

And yet, some peoples are rebels among rebels, dissidents in a continent marked by constant resistance. The Tuareg, a people as ancient as Rome and Carthage, still fight for recognition and liberation, for their right to statehood and prosperity. Born out of this struggle is Ishumar music, or Tishoumaren, a style created by young uprooted Tuareg living as refugees or exiles in military training camps in Libya and Algeria, with strong political convictions and militant defense of their culture and the Tamasheq language. They aimed to take the melodic and rhythmic traditions of the desert peoples and adapt them to the inevitable pace of modernity and its technological shifts. They moved from the teherdent to the guitar and those blessed with access to equipment or the luck to find materials to build it themselves, have gone fully electric.

As part of the second generation of Tuareg desert musicians, Agadez-based guitarist Mdou Moctar has decided to take things further. Armed with a distinct tone and an impressive proficiency of the melodic forms of the Sahel, Moctar has been the subject of worldwide acclaim and fascination for the “psychedelic” nature of his music. For his new record, Afrique Victime, he has embraced the categorization while at the same time doubling down on his commitment to the typical sounds and compositional structures of his homeland, never succumbing to Western forms of playing or even abusing his newfound access to effect and production techniques. Moctar’s playing is still informed by this unique combination of the variations of the minor pentatonic — which the Mandé peoples took to America during the slave trade and created the blues — and the melodic inflections of the Muslim musical styles of the Maghreb.

What has indeed changed is how the musicians of Moctar’s ensemble communicate with each other, as this new material shows a very evident improvement in both chops and energy, itself a natural progression when a group of musicians plays together long enough. Through songs like “Chismitten” and “Taliat”, we hear a more confident Souleymane Ibrahim creating complex adornments and fills in his beats. His command of the Takamba rhythm, the 6/8 pattern whose variations comprise the bulk of the album, shines brighter here, and when he returns to the calabash for the acoustic “Ya Habibti” and the anthemic “Tala Tannam”, his hands not only follow but at times lead Moctar’s improvisations.

Bassist and producer Michael Coltun, the only Westerner of the group, also takes a more prominent role. The heavy sound of his bass gives these tracks an additional depth, as his playing also adds dimension to the droning rhythm guitar of Ahmoudou Madassane, and his arrangements engage in a fascinating conversation with Mdou’s shredding, especially in the portentous title track. In terms of production, Coltun’s hand in offering additional elements to Mdou’s music can be felt throughout the record, whether it’s via guitar filters, additional percussions, or even drum machines.

But if Afrique Victime shows a tighter group cooperating in a deeper way, it is, first and foremost, Mdou’s most personal album. He’s always been fiercely committed to spreading a message of empowerment, social justice, and the advancement of ideas of liberation, but here we find him at his most lyrical, which is why there is more singing than in any of his previous releases. He talks about peace and reconciliation, Islam and education, female empowerment and equality, but he also brings us reflections on the continent as a whole, on the painful history of prejudice and hate, which still leads to a dynamic of exploitation at the hands of European and Global powers. He is in control of this message both musically and lyrically, and it’s expressed in every sound of the record.

But control does not mean restraint, as this is also Mdou’s most sonically expanding and adventurous release to date. Even within a musical tradition based on improvisation, he feels unbound, completely engulfed in ecstasy. The runs in his soloing feel more urgent than on the rest of his discography as if they were screaming lamentations demanding to be heard by the world, angry mantras calling for a force beyond the skies. Comparisons to Hendrix have flooded him since he came to prominence in the mid-aughts, but Jimi rarely sounded this alchemic — granted, he never had the time for a fourth studio album. If there could be a more accurate comparison, it would be to late-period Coltrane, or more appropriately, to Zombie-era Fela.

Mdou Moctar’s music should be always understood within the context of the Tuareg struggle, but also within the greater scope of Africa and of Maliki-school Islam. These sounds are endemic to the Sahel and informed by its history, languages, and faiths, and shaped by the movements of Berber confederations and Sub-Saharan tribes, a legacy which they wear on their clothes and their faces. Without a doubt, Mdou’s form of Tishoumaren is spiritual music, created from the deepest of devotions, but most importantly, by a foundational longing for freedom.

The Miseducation of Freddie Gibbs