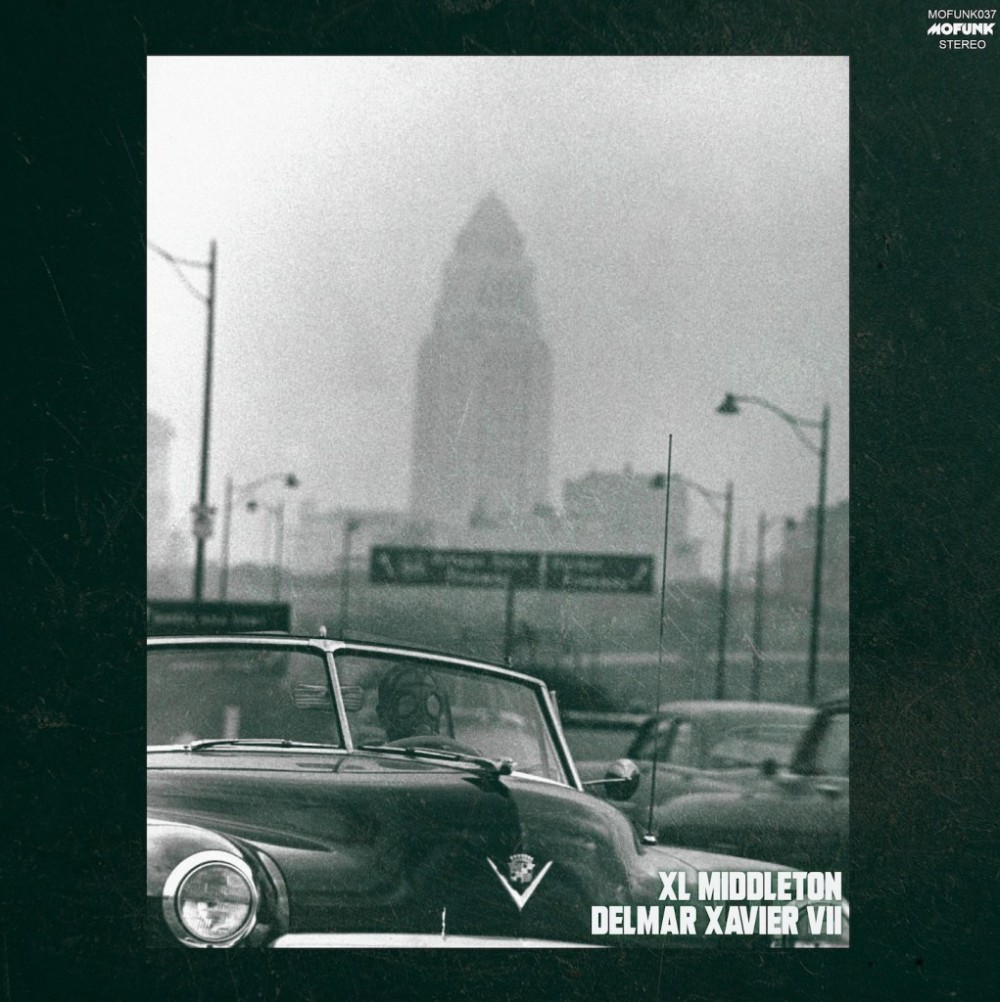 We just sent out five new Patreon-only playlists last night. Help keep the site alive by getting a subscription.

Chris Daly is banned from Osaka for anime-related infractions.

While the vast majority of folks have spent the past year figuring out just what to do with all those lockdown hours, let’s be honest, some people used the time better than others. I, for one, gained weight. And then lost it. And probably am gaining it back again. On the opposite side of the spectrum, Pasadena-based XL Middleton, known to most as a practitioner of the modern funk movement, decided to change up his game with a hard pivot deeper into sampling on his latest, XL Middleton/Delmar Xaiver VII.

“It’s pretty much a snapshot of quarantine life,” Mddleton shared. “I think (listeners will) appreciate the LA & Pasadena history in the lyrics, as well as the Corona life commentary.”

Delmar Xavier VII is XL’s alias for sample-based production and/or DJ edits. Here, he deploys his skills utilizing only 1980s Japanese city pop music, and while this might seem like an odd turn, the overall effect isn’t as far removed from his historically more G-Funk rooted sound as you might think. From the skyline synths of “Perfect Time to Come Over” to the soulful chorus of “L.A. Holiday,” Middleton clearly is most comfortable in funkified territory. For those who have grown used to Middleton’s vocoder and keytar skills, fear not. No funk was sacrificed on the side to make this one.

Middleton began recording last June right after a series of California protests, and he kept the sequencing in the same chronological order in which they were written. The effect is an intriguing look into the mind of someone going through the pandemic and countless quarantines in real time. Middleton’s strength as a lyricist is his unwavering ability to chronicle what goes on in the world around him, from dealing with the claustrophobia of being stuck at home by shaking your ass (“Strange Dance”) to handling yet another year of hellish forest fires on top of all the other madness (“Fire (Storm)”). And even though we’re not quite out of this shithole of a pandemic quite yet, Middleton still ends on the up note of “Too Late,” where he acknowledges, “maybe I’m naive in my optimism.”

With that kind of positivity, Passion of the Weiss is delighted to premiere XL Middleton/Delmar Xavier VII.

The Making of T La Rock’s “It’s Yours”

YG Gets Into Instagram Beef With Wack 100 Over Gang Ties