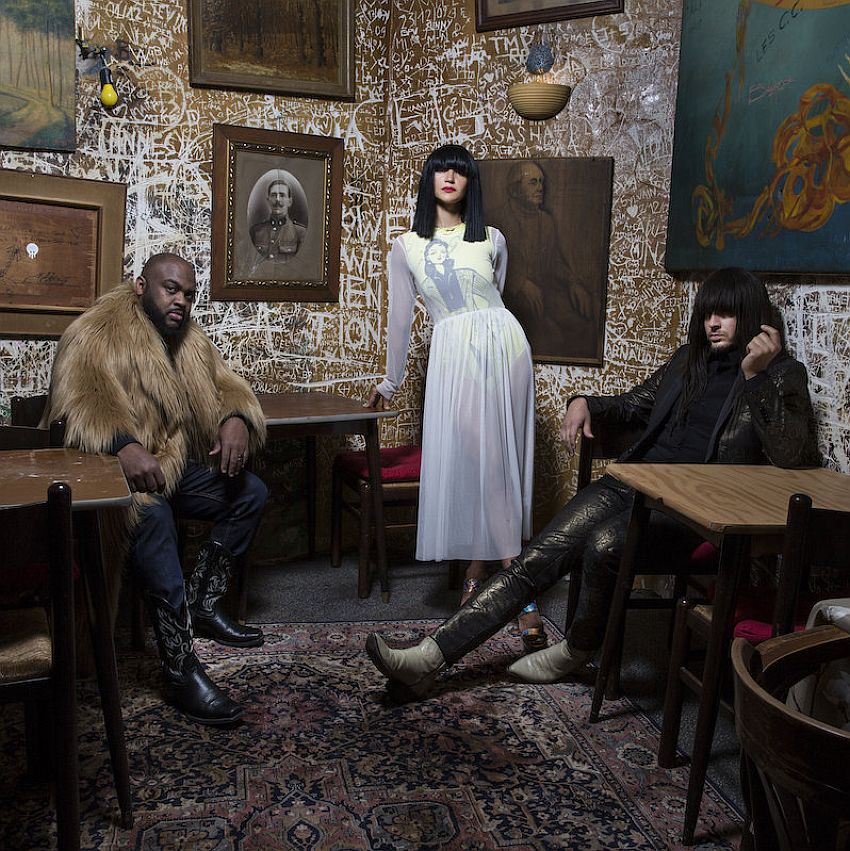 Overpaying our dues since 2005. Please support Passion of the Weiss by subscribing to our Patreon.

No decent media outlet would ever let Chris Daly explain what he does late at night.

Sadly, we live in an unparalleled age of disinformation. Everywhere one turns, lies abound, and the peddlers have no one’s interest at heart but their own.

Here at POW, however, we have a journalistic duty to hit you with the facts, man, nothing but the facts, and I’m here to tell you, no matter what you’ve heard elsewhere, a playlist is NOT a mixtape. A playlist is simply grabbing a bunch of random tracks and throwing it up on Spotify or whatever. A true mixtape is an act of love and curation from the creator for his/her/their audience. A mixtape master will only use the choicest cuts, interspersed with in-jokes and knowing winks, all for the purpose of sharing beloved music with someone special. By this definition, the latest LateNightTales by Khruangbin, is a mixtape masterpiece.

For those unfamiliar with the series, LateNightTales challenges its guest artist/band to compile tracks they would play for their closest chums in the wee hours (the name kind of says it all). That Khruangbin has been asked to participate makes perfect sense, as the Texas trio received a massive boost from having been featured on Bonobo’s entry into the series back in 2013 with “A Calf Born in Winter.” Making them an even more perfect entry, the band has a reputation for introducing listeners to international tracks they love already, from “personalized” mixes on their website to essentially guest DJ slots at various internet locations.

Much like the music of Khruangbin itself, the tracks here from an international cosmic slop, with one culture borrowing heavily from another to make music that is somehow familiar and simultaneously its own sound. Texas dub remixing? Sure (“I Know That (When The Spring Time Comes)”). Hindi-disco? Duh (“Khusi”). South Korean rock? Natch (“Don’t Go”). Throw into the mix additional narcotic tracks from Ethiopia to Madrid to Belauras, and you get the point.

As with each LateNightTales submission, the curating band is tasked with providing a cover of their own, and Khruangbin does not disappoint with their take on Kool & the Gang’s “Summer Madness,” already a staple of their live shows as part of their hip-hop sample origins medley. Guitarist Mike Speer, bassist Laura Lee and drummer Donald Ray “DJ” Johnson, Jr. trade off the original’s spacey synths for their own enveloping guitar sound, keeping the vibe intact while putting their own stink on it (which is how the best covers tend to roll).

“It’s cool to think about what you would listen to late at night, as a band together, lighting a spliff, kinda vibe,” said Lee. “We definitely wanted to cover as much global territory as possible; so it was the globe and then home. We wanted to show the treasures from our hometown, or people from our hometown that the rest of the world probably doesn’t know. That’s what makes Khruangbin Khruangbin. The stubbornness about being so hometown-centric but what makes Houston is this constant international influence. That’s that gulf stream, bringing it right into Houston. So I guess that’s kind of the theme.”

LateNightTales is a series well worth exploring, and Khruangbin’s entry is a fine place to start. It’s arguably the best mixtape you’ll hear this year. Trust me. I would not lie to you.

Ariana Grande Chokes Up During Mac Miller Lyric In Pittsburgh