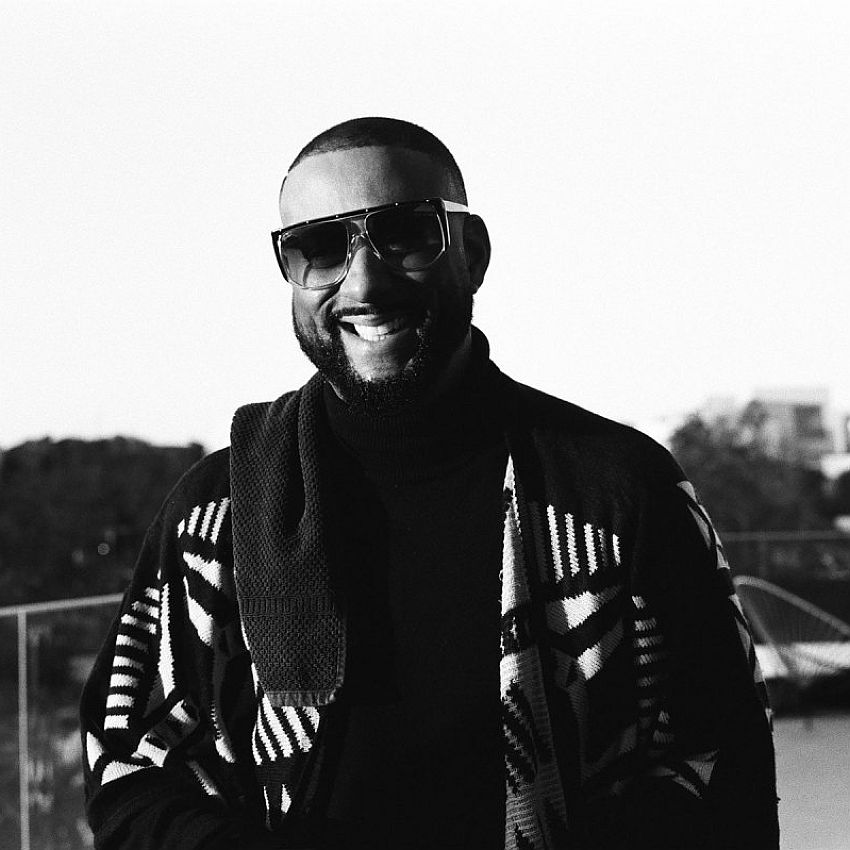 Please support fully reader supported music journalism by subscribing to Passion of the Weiss on Patreon.

Will Hagle plays the bass like the race card.

When Kieran Hebden opens Ableton, does he know that he is also opening a portal to Hell? His mouse swipes and keystrokes are a shamanic conductor. When the end-results of his beat-making sessions are blasted through massive speakers, in semi-coordination with flashing colored lights and live audio manipulation, I am transported to a place of tortured misery. This isn’t a conspiracy theory. This has been double-blind tested. In different locations and various mental states, from overmedicated to over-meditated, the result is always the same: Four Tet, hovering above the crowd, screen casting a bluish glow on the twisted face of a mad scientist, his power growing stronger with cheers from the happy masses moving in robotic rhythm. Me: standing still, arms crossed, having a full-blown panic attack.

Every single time I’ve seen Four Tet live, accompanying friends who revere him as a God, it happens. An all-out, muscles-twitching, heart-racing, sweat-dripping panic attack. I don’t know exactly why, to be honest. It starts with the bass. Distorted wobbling loops. A sonic weapon, aimed at my stomach. Percussion fading in. Attempting to alter the beat of my heart. The music, in my bones. Overtaking everything. Everything except my mind, forming instead into a soundtrack for thoughts that loop like obscure samples.

The strobes are going to cause a seizure.

The bass is going to make me puke my morning brownie.

My friends on MDMA don’t need my negative energy around them. I better retreat to the bar where no one is at 11am in the now-destroyed Los Angeles Memorial Sports Arena, to drink a beer alone in the dark for a minute, where of course I’ll run into someone I haven’t seen since high school, and have to shout small talk with them over the music, then spend the next 90 minutes of the set questioning whether I sounded weird or looked insane, standing there alone, sipping a beer and taking deep breaths and trying not to let this very intense electronic music rip my entire body apart. For example.

That is how Four Tet makes me feel.

So how has Kieran Hebden, this supposedly brilliant individual responsible for so much inner turmoil, put together an album that evokes the exact opposite feeling? When he opened the project files that Madlib sent him, for the album that would become Sound Ancestors, did he know he also opened a portal to my own personal Heaven?

Sound Ancestors has a consistent mood. It’s pleasant. Spacey. Jazz, at times. Serene. Otherworldly. It tracks that the album cover looks like ‘The Great Beyond’ from Soul. The place you go where you die, whether you’ve released a definitive, career statement album, or you ended up a failed piano player loser high school band teacher whose last breaths were spent falling down a pothole.

The message the Walt Disney Corporation would like viewers to take from Soul is that achieving arbitrary career milestones is less important, in the grand scheme of life, than everyday happy moments. Madlib has paradoxically found success by operating with that mindset. He’s an elusive character, less interested in the traditional path of solo artistry. He prolifically churns out beats containing flashes of atypical genius. He claims to have produced Bandana on an iPad. For all the classic songs and albums with which he’s been involved, and all the solo LPs under all the aliases, there has never, until now, been a definitive, career statement Madlib solo LP.

Sound Ancestors was “edited, arranged, and mastered” by Kieran Hebden with the intention of becoming that kind of album. The story goes that KH (as my friends who adore him annoyingly call him) sifted through hundreds of Madlib beats, adding some sort of mysterious touch, to make it more cohesive. A counterbalance to Madlib’s typical production process. A trusted extra eye and ear to seek out the producer’s best moments, and form them into complete songs.

These are complete, memorable tracks with distinct, recognizable progressions. Unlike Four Tet’s latest releases “0000 871 001,” “0000 871 0002,” etc., the track titles are spot on  descriptive. “Hang Out (Phone Off)” is the best digital detox ode since Erykah Badu’s “Phone Down.” “Loose Goose” is what it sounds like. “Dirtknock” is similarly self-explanatory. Even “Sound Ancestors,” with live jazz instrumentation, aptly describes the track and album, which Madlib has mentioned is a reference to his inexplicable channeling of music history into a unique novel creation. I don’t know what “Hopprock” means, but it’s the best song on the album.

The best song on the album changes daily as new elements reveal themselves, or songs take on different meaning in different contexts of listening. The synth lead on “The New Normal” never gets old. “Road of the Lonely Ones,” the first single, is the most consistent hit. A vocal sample from The Ethics’ “Lost in the Lonely World” forms an entrancing loop atop the beat. There are short vocal samples throughout the album, creating mini hooks and refrains in the absence of a traditional lyricist.

KH & Madlib are kindred crate-digging spirits. Loved by loyal fanbases. Scoffed at by naysayers like me, who say he is too much. Too intense. The musical equivalent of Tim & Eric. The creator of art that for some reason overwhelms me every time I hear it, despite me “getting it” (which I write despite knowing a horde of angry KH fans would be glad to inform me that no I clearly don’t).

It’s not just that the music is overwhelming. It’s also that it must be easy to make. All Four Tet and Madlib do is plug pre-recorded samples into a DAW and press some buttons. Something anyone could do, like Soulja Boy yelling into a laptop. Except of course no one can do it like they do it. And so nothing could sound like Sound Ancestors (although Soulja Boy yelling over these beats could only improve them).

Existing on earth is a fine line between dancing in bliss at the 4 a.m. warehouse show and listening to Madvillainy alone and sad on New Year’s Eve. Sounds of Ancestors finds a balance between anxiety and its antithesis. Serenity? Peace? Perhaps we’ll never know, until we find ourselves in a place where There Is No Time, and we are in the album cover, or The Great Beyond, and we either hear total silence or this album on repeat, millions of angels bobbing their heads for eternity.

A Boogie Wit Da Hoodie Proudly Explains How He Went No. 1 Selling 823 Albums