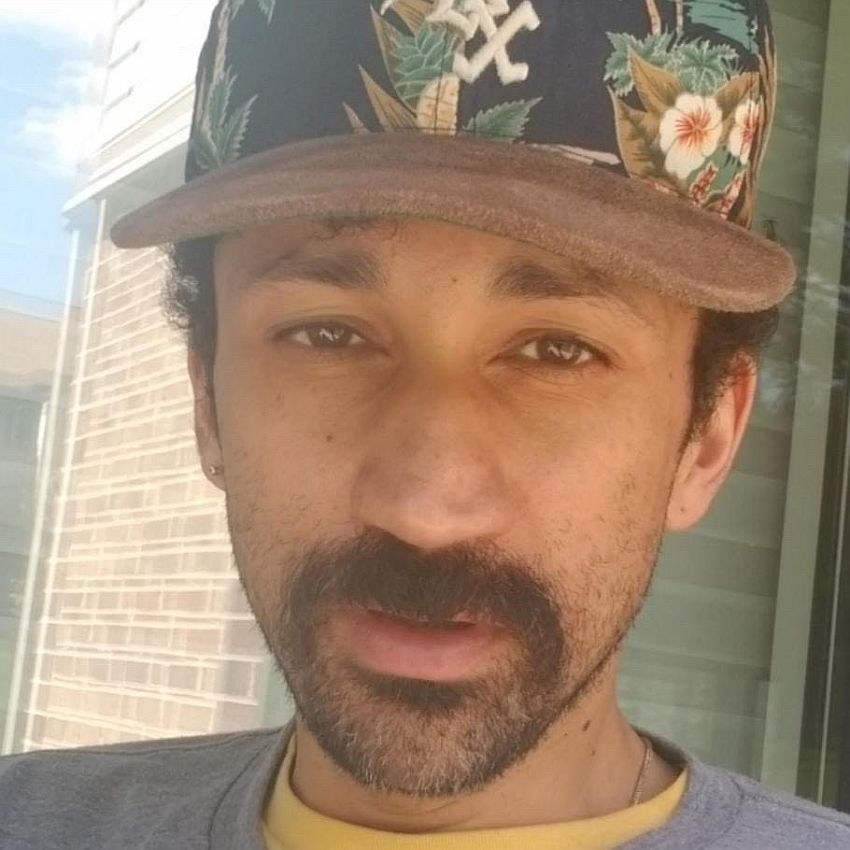 No ads, no corporate backing, no bullshit. Please support independent rap journalism by subscribing to Passion of the Weiss on Patreon.

Mano Sundaresan got caught with weed rolling with the Iron Sheik.

I haven’t stopped listening to the new Serengeti. It’s a pillow of an album that arrived right at the close of summer called The Gentle Fall. Unlike the previous record Ajai, which was dense and narratorial and deep in the head of its titular streetwear obsessive, Fall is loose and minimal, poetry with the words spaced out. The beats aren’t beats, but soft guitar musings from Christian Lee Hutson. The raps aren’t so much raps as they are spare spoken word passages. It’s a beautifully blue album that captures the feeling of descent — from velocity, from stardom, from August — better than any other I’ve heard in some time.

That feeling can be grey. Serengeti’s voice hovers well below the reds. Below it, there’s a sea of textures–ripples of wind, street sounds, mic noise. Hutson, who’s recently received attention for his work with Phoebe Bridgers, lays down guitar that suspends itself like a cobweb. Serengeti has always ruminated on the world through his characters; here, they’re moving into new phases of life. The opening song finds a battered and bruised man who’s finally in the headspace to think about the things he really wants: those glasses that Richard Dreyfus had in Jaws.

Remember “Hacksaw” Jim Duggan? He dominated the WWE in the ‘80s as the babyface that loved America, waving around a 2×4 slab of wood like a Viking and winning the first-ever Royal Rumble. He fought like a titan, he feuded with the greats, he made the WWE Hall of Fame, and then…well, let Serengeti tell the rest. On “duggan,” the centerpiece of The Gentle Fall, he imagines a timeline where our embodied American Flag retires from the pro wrestling circuit. Now, he runs a bar in Birmingham with his cousin called Hooo!’s. It’s mostly quiet, but he’s kept a Colt .45 tucked ever since the Fallen Angels drove down and beat the shit out of him. Real-life, this time.

The descent can be strange, unexpected, painful. But Serengeti argues that it can also be mundane, relaxing and, by some measure, charming. A swell of sighs. In “king bed,” the ordinary images are hued with aspiration. Peeling the plastic off a new couch. Sitting with a sunset, feet bare. “This king bed fit too,” he murmurs.

The Gentle Fall doesn’t aspire to be one of Serengeti’s most essential or high-stakes. At 19 minutes, it’s barely an exhale. But you can only make an album like this 20 years into your career, after seeing the world, seeing success, and seeing what matters.  Its world is one of new porches and ottomans, love outside White Hen Pantry, enrolling your kid at a Montessori School. It’s about the fall from grace, but it’s also about regular people with regular problems, pastimes and dreams. Is this record supposed to knock over a 23-year-old?

The last track, “camp summer,” conjures the season in stark reality. Hutson’s guitar work evokes a playground, a field of green. Serengeti sketches a broken bird feeder, fly balls, angry wasps, watercolor on printer paper. Pictures were taken, of course. He raps like he’s on the clock; Hutson picks up the tempo. There’s a distant hand-clap. And then, summer’s gone.