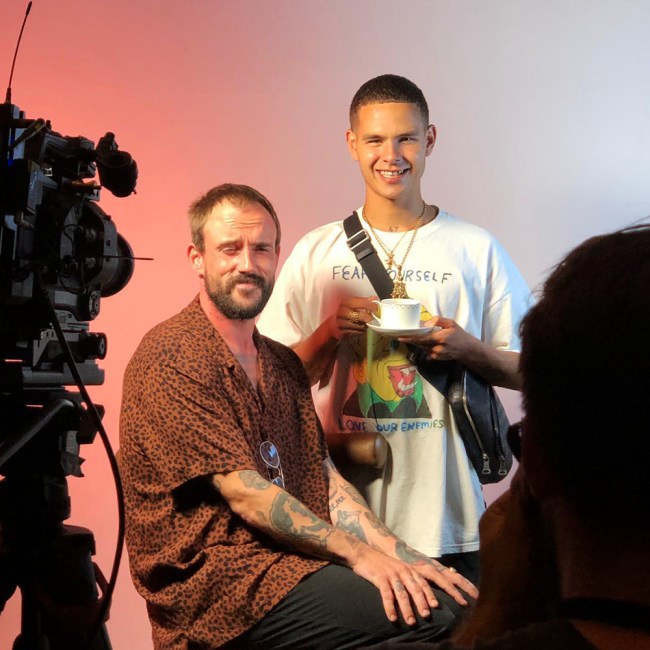 First it was Free Drakeo, now it’s Free Greedo and Free Britney. Help us write about the stories in music that matter by supporting Passion of the Weiss on Patreon.

Will Hagle asks the important questions, like what will happen when the corporate gatekeepers decide to delete that obscure YouTube compilation you’ve saved to your watch later folder?

There might be a band that sounds like IDLES or an artist like slowthai, but I doubt it. There’s certainly nothing like the two of them together. The Bristol-born loud band recently enlisted the King of Northampton for a remix of “Model Village,” a track from last year’s Ultra Mono LP. slowthai sounds nothing like he does here on his solo work, but somehow he could easily be IDLES’ newest member. They both share the same snarling, irreverent spirit. Both eviscerate the worst aspects of U.K. culture from within, in the form of brutalizing music made for the entire world. This song is confusing. It draws no easy comparisons. Defying genre is what made both artists’ careers. It’s simultaneously unlikely and perfectly predictable that they make so much sense together.

According to this interview,IDLES formed when a group of self-described “scumbags in Bristol” who were DJs got tired of playing other people’s music. They are aware and proud of their hometown’s eclectic musical history, and they do their best to embody it. They are from a working-class place with a tragic past of playing a pivotal role in England’s slave trade. A university town where experimentation and heavy sounds have flourished since the 70s through the punk, new-wave, and trip-hop eras. Frontman Joe Talbot eschews the inevitable “punk” and “post-punk” designations, but IDLES sounds like if Parquet Courts and Diarrhea Planet held hands before jumping into a wood chipper. Frenetic and urgent. With screamed lyrics that reflect on deeply personal issues—the death of his mother and the stillborn birth of his daughter—as well as larger societal problems, if you can decipher them. Ultra Mono is their third album. To round out the distorted guitars and thrashing drums with fuller, hip-hop inspired undertones of subs & 808s, they enlisted Kenny Beats to produce it.

slowthai, from Northampton, is also an untouchably singular talent. His charisma and attitude combined with his subversive lyrical depictions of British life have made him somewhat of a superstar. Calling him Britain’s Wiki would reduce him in an American-centric way, but as an ignorant American, that’s largely how I’ve perceived him. Wiki and Ratking, of course, borrow more from the U.K. & grime than the other way around. Like Parquets and Diarrhea Planet for IDLES, referencing Wiki is just a poor attempt at comparing the incomparable. High expectations have been placed on slowthai as the next global representative of grime, but that’s not lofty enough. It’s hard to imagine Dizzee Rascal collaborating with James Blake and Mura Masa and then blending in so seamlessly on “Model Village.”

In both its original and reworked form, the song is a sarcastic takedown of a certain segment of the U.K.’s population that should resonate with listeners anywhere. No matter what country you’re in or what you call it, the village is the same. A less tolerant and accepting place. Where people start sentences with “I’m not a racist but…” Where they judge by pigment, and salute flags just because they’re British. When they yell it over and over again, you get the point.

Fuzzed guitars bounce back and forth between two notes for the track’s first thirty seconds, and a nearly-sloppy drumbeat keeps a mostly-consistent rhythm. Talbot talk-sings almost like a rapper. On the remix—which demands to be listened to with a close ear in order to catch the new lyrical additions—slowthai follows the formulaic structure that IDLES singer Joe Talbot established on the original track: a quick descriptive phrase followed by “in the village!” That, plus adlibs and growling like a dog. The word “village” is drilled over and over with a repetitive swirl that matches the music beneath. The song is fast and dizzying.

IDLES and slowthai are both scuzzy. Dirty. From the underground. With don’t give a fuck attitudes. IDLES may not want to be punk, but slowthai calls Sid Vicious his spirit animal and says “I am unfiltered and completely myself, and that’s what punk was all about.” They laugh and scream at tragic circumstances. Confront the unjust world with anger, while smiling.

The mass disappearance of physical store shelves should have eradicated the need for genres decades ago, but music consumers can’t help but sort the sounds they hear into familiar groups. Most artists still fit into our predetermined neat categories. It’s a system that no one likes but both sides repeatedly buy into. So when bands like IDLES or rappers like slowthai come along, we don’t quite know what to do. When they collaborate, there is only one thing to do, and that’s listen.