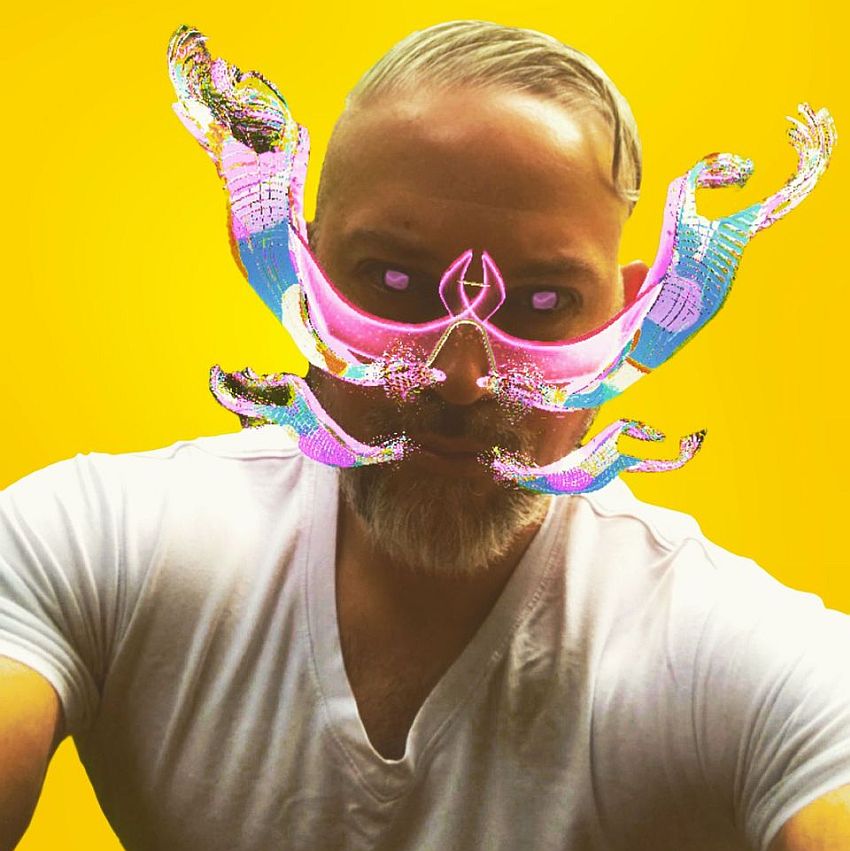 Thomas Fec is a man of uniquely refined tastes. The Black Moth Super Rainbow frontman also known as Tobacco is a sonic auteur, having created his own lane of syrupy, molasses-infused audio ear worms that sound equally at home soundtracking the part in the movie where the masked madman is about to repeatedly stab the young “virgin” with some form of pruning device or a wet nightmare involving the face of your sophomore algebra teacher and the body of a squid. Having most previously dropped the backpack masterpiece, Malibu Ken, with the lyrically maniacal Aesop Rock, Fec opts for a more accessible sound on his latest, Hot, Wet & Sassy.

Whether it’s the pumping rhythm and driving beat on opener, “Centaur Skin,” or the Trent Reznor-assisted sludge rock of “Babysitter,” HW&S arguably is the album that might have a track or two played on terrestrial radio, if anyone cared about such things these days. However, let’s be real–if accessibility is your ultimate listening goal, Tobacco probably isn’t the right fit for you in the first place.  Regardless, it likely will show up on the playlists of your cooler friends, so plan accordingly.

In anticipation of Hot, Wet & Sassy’s debut, 80s VHS connoisseur and former video rental clerk Chris Daly chatted with the mysterious Mr. Fec about the cult classic, The E.T. of Vagina: One Settles of the Other World or Specially Terrestrian: The Extraterrestrial One, a German pornographic gem that is bound to make you reconsider your life after viewing. Initially, this interview was going to tie into a Halloween costume theme to coincide with the album’s original drop day of October 30th, but shit happened, and things were delayed.

Suffice to say, some conversations simply must be shared, so here we are. I encourage you to enjoy while you play Hot, Wet & Sassy in the background.  Fucked up game recognizes fucked up game. — Chris Daly

How did you first discover this monstrosity?

Tobacco: There was a record store in Cleveland, and I think the one guy who worked there had his own bootleg dvd side business. So he was selling the best shit.

I’ll give credit where credit is due—I first learned of this during one of your solo shows sometime in the early to mid-aughts. When did you start incorporating this kind of thing into your act? What were you thinking/what made this something you wanted to put onscreen behind you while you performed?

Back to E.T. — WTF is going on here? In the pursuit of journalistic integrity, I watched this myself and still have no idea what’s happening. Can you break down the “plot” for us here?

Is it just me, or does the spaceship clearly look like a close up of an 80s carnival ride?

Tobacco: I hadn’t thought of that, but that’s probably what it is.

Any guesses on why the movie inexplicably takes place seemingly in the 18th century?

Tobacco: Only guess is they had the costumes already so why not.

Tobacco: Or does that make it the best?

That Casio soundtrack—good, bad or indifferent to your ears?

Tobacco: There’s so much to take in that I had to actually try to listen to the music. So indifferent.

Why is E.T. constantly surrounded by smoke, regardless of location?

Tobacco: Like the costumes, someone had a smoke machine.

For what essentially amounts to a sex slave interview, you have to admit, that guy is pretty polite. And those are some pretty dope kicks he’s sporting. Just saying.

Tobacco: That’s just how people were. Love the shoes.

I appreciate that all movies require a certain suspension of disbelief, but I’m pretty sure that if a horrifyingly ugly alien showed up in the midst of jilling off, I probably wouldn’t just go with it when it decided to join. Your thoughts on the matter?

Tobacco: None of us know what we’re capable of until we’re put in a situation. But also remember what I said earlier about people just missing the mark back then.

If your friend set you up for a likely three-way with an alien before sprinting offscreen, do you think he’d still be your friend for much longer?

So if it takes half the movie for E.T. to get freaky with it, how the hell did their species procreate previously?

Tobacco: I can explain that. The way humans do things is all new to this being. It’s acclimating.

Wait, the couple doesn’t notice the massive cloud of smoke but only realize the alien has disappeared after the fact? That crew must have received the deal of a lifetime on that smoke machine.

While that E.T. costume probably needed to be burned after each scene, I have to admit, I’m a fan of all the hats.

Tobacco: I could do without the hats, but the E.T. costume is perfect. I almost wonder if it was just skin grafts.

Seriously, that’s a LOT of smoke.

Did that blonde just Bat-Signal E.T. for sex?

Tobacco: Now you have me wondering where E.T. lives during the day.

I appreciate that we have to keep the plot moving, but I’m amazed at how cavalier everyone is to get it on with such a physically unattractive toad creature. […] WHY DID CHARLIE CHAPLIN JUST SHOW UP?

Tobacco: Oh yeah, that is Paul F. Tompkins. He went on to be in Mr. Show.

Realizing that this is a dime store costume, have you ever seen a more bored looking group sex participant?

Tobacco: I never saw it as boredom. It’s unfulfilled sadness. And distraction.

I like ending on such an upbeat, “if we all could just have more interplanetary gang bangs, the universe would be a better place” note, but why is that guy crying?

Tobacco: There’s always the one that falls in love.

And more damn smoke. Final thoughts on this masterpiece?

Tobacco: There’s a Beavis and Butthead one I only could find like a 20 second clip of that I would love to see. Other than that, I’m good.

E.N.T Introduces Himself In Style With New Single “Come With Me”