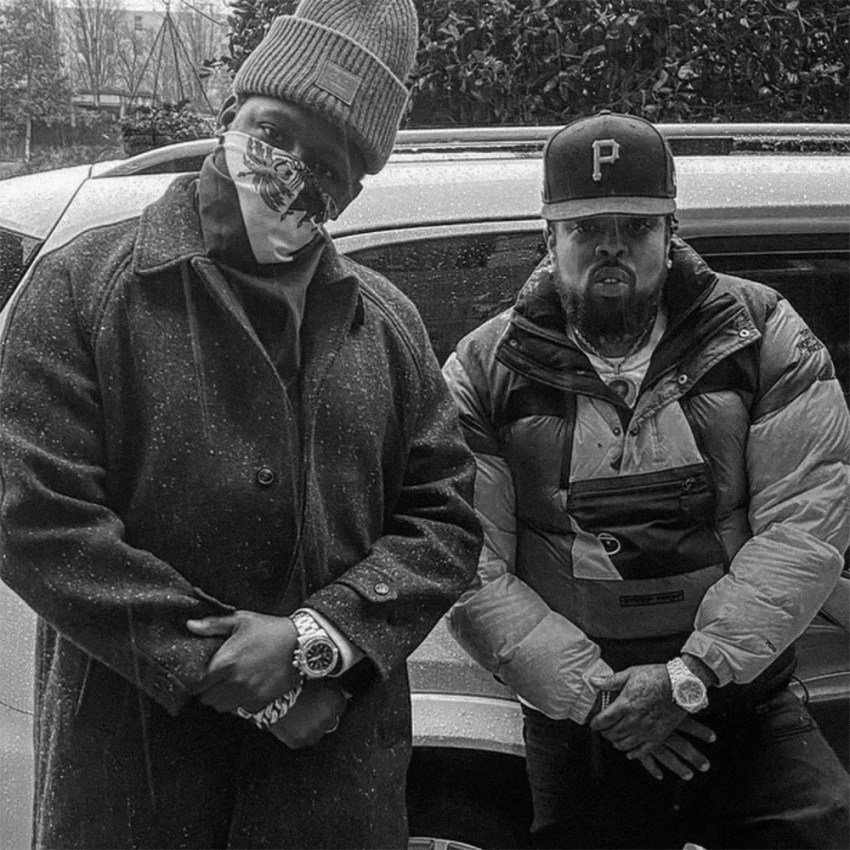 We’re here to document every 10-minute track that sees two New York state rappers squash an inconsequential beef. Please support Passion of the Weiss by subscribing to our Patreon.

Over the holidays, a photo circulated on Instagram which piqued the interest of admirers of the new vanguard of East Coast street rap. One post, two photos; one man in a Pittsburgh Pirates hat and a familiar snarl, the other with his trademark Haitian flag bandana shrouding the lower half of his face. Westside Gunn and Mach-Hommy, standing together again after years of being on the outs. The God Fahim was there too, standing outside of the Four Seasons in a group pic.

Depending on who you should choose to ask, the WSG/Mach rift was either caused by Gunn allegedly charging Fahim for a guest verse or Gunn allegedly leaving Fahim off of a Griselda-headlined show. But that’s all speculative journalism that matters little now that the two critically heralded rappers — each having a huge hand in sculpting the sound of today’s gulliest music — are making music together again.

Sure, Wu-Tang Clan’s almost-classic The W had the group’s most intentional flirtation with mainstream radio with “Gravel Pit,” complete with its expensive music video attempting to split the difference between “Triumph” and The Flintstones. But it also featured RZA and Ghostface Killah nearly sobbing over one of Issac Hayes’ most iconic works and the thunderous collaboration with Nas, “Let My Niggas Live.” “Hollow Bones” stood the test of time as one of RZA’s most profound productions, flipping a wailing sample of Syl Johnson’s “Is it Because I’m Black” with barely registered percussion for Rae, Ghost, and Deck to unfurl illuminating, evocative snippets of the streets.

Not incidentally, the song — even more than twenty years on — sounds like standing outside of the corner store with paper bag booze clutched in one loose hand, watching all the hood’s comings and goings. Perfect for Mach and West to paint their once-again converging worlds with verve.

As always on “Easter Gunday,” the proceedings begin with Keisha Plum reciting poetry about hands being washed in holy water, double shots of the world’s premiere Black-owned brown liquor, and blood spilling out of the mouths of those with too much to say. Maybe one day we’ll get that full-length Plum LP; it may not move crazy units but some of us need her brutalist poetry over some choice Daringer beats.

Gunn’s verse proves it’s not about what you say but how you say it. For those who think Gunn can’t rap or focuses on the fashion pieces, luxury vehicles, and modern impressionist art he has (and most certainly his weird co-opting of Hitler iconography), there’s nothing I can say to convince you his raps are worth taking in. For the rest of us there are things like his lifestyles of the rich and famous: mansions with twelve bathrooms, Maison Margiela x Stella McCartney collaborations, the Mercedes wagon in the background of the now-infamous photo with Mach. His noted obsession with pro wrestling and allusions to Survivor Series, “Macho Man” Randy Savage, and TIto Santana. West’s vocal tone change toward the end of the verse, coupled with sketches of road trips from Atlanta, marks his deft ability to vividly render his world, a talent he’s not nearly as recognized as he should be for.

Mach’s verse is less knotty than much of his most acclaimed work, but is written to spectacular results. The verse is still dizzying in its relative simplicity, with Mach dropping sly allusions to Carly Simon, tobacco giant RJ Reynolds, Kurt Cobain, and John Coltrane. He looks on the part of success littered with the images of people you’ve had to leave behind, like Pharrell Williams did to (the genius) Roscoe P. Coldchain. His people will make you lose your wig like Lauryn. He mispronounces the city of Spokane, more fitting since Gonzaga blew their shot at the national championship. He’s been making wild cheese since “Easter Gunday 2.” And to top it off, he delivers an instant one-liner of the year contender with a brilliant kiss-off: “Should go start a book club, you fuckin’ no name.”

Between verses, Gunn drops his usual taunts (such as “my motherfuckin’ dog richer than you niggas” and “I’m ‘bout to move to Paris, nigga, and just start painting”) as well as teasing the final installment of Hitler Wears Hermes (shouting out Vol. 7, which was better than a lot of the rap albums that came out in 2019) and presumably a Mach full-length titled Pray for Haiti. Just when it seemed as though Griselda might have lost some muscle with Conway the Machine striking out on his own, the team resigns one of their heavy hitters to wreak havoc on the game, presumably for years to come.

IDK Releases “Is He Real?” Album