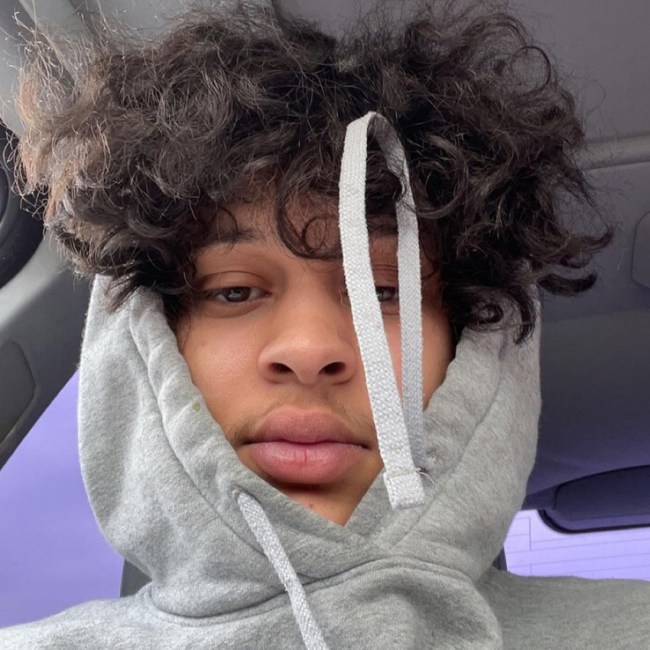 The only place on the world wide web that you’ll find personalized playlists introducing you to the forgotten history of Soviet jazz. Please support Passion of the Weiss by subscribing to our Patreon.

Hiding in the bowels of your standard Playboi Carti tweet, swimming somewhere in the sea of shameless plugs disguised as SoundCloud links, lives a one-of-a-kind artist like ssjishmael, a Cincinnati-based rapper whose trap ballads pump fresh blood into a familiar internet aesthetic.

I discovered ssjishmael’s track “Finer Things,” while scrolling through Twitter in the early days of the pandemic. He’s since dropped a slew of singles that have earned millions of views on SoundCloud, Spotify and Youtube, making him a colorful addition to an already eclectic Cincinnati hip-hop scene. His songs are blowing up despite him having a cryptic social media presence and no real videos to date, giving ssjishmael the appearance of being everywhere and nowhere at the same time.

“I was doing all the Twitter stuff by myself. I’d stay up all night just doing that shit,” said ssjishmael in a Zoom interview on May 23. “It’s crazy because I’m really not active online like that. I try to keep it a mystery a little bit. That’s just how I am and my songs did well on their own.”

The ssj moniker is a reference to one of the artists favorite shows, Dragonball Z, directly translating to Super Saiyan Ishmael, a nod to the characters ability to transform and become exponentially more powerful. It’s a befitting alter ego for a rapper whose lyrics change from the cartoonishly vulgar (“Baby girl suck me up and slop me, I’ma’ need a towel because I like my head sloppy,”) to cleary eyed retrospection, all the way back to an animated type of violence that gives ssjishmael the appeal of a villain strapped with a hero’s cape(“Chopper gon’ slice, rest in peace to Kimbo.”)

Produced by Nategoyard, “Finer Things” samples “Almost In Your Arms,” a love song from the 1958 film Houseboat, starring Sophia Loren, Cary Grant and originally sung by soul legend Sam Cooke. It was nominated for Best Original Song at that year’s Oscars.

Nategoyard loops the first 12 seconds to create a sound equally as cinematic as the film that birthed it. It’s the type of violin you’d normally hear as background noise during dinner scenes in mob movies. Ssjishmael retains a muddied and bootlegged flow, partially through the sheer obscurity of his samples and partially by carving out a voice that’s deep and monotone almost to the point of sounding chopped and screwed.

“Say she want designer things, finer things, get what you need but you can’t get a ring, I got range, told you change for the better, but you stood and stayed the same,” says ssjishmael on “Finer Things.”

In an age where SoundCloud rappers frequently record their own versions of classic records from the nineties and early 2000s, ssjishmaels take on the swooning sounds of the fifties and sixties is wholly original and seems destined for crossover appeal.

He began making music on his phone in 2017 and draws inspiration from artists like XXXTentacion and Playboi Carti, who he views as a few of the pioneers of SoundCloud rap. Along with Nategoyard, he also namedrops producer Heroinfather as an early architect of that oldies sound, with “Princess Bubblegum” by ilyTOMMY as one of the first songs of that type to gain popularity in 2019.

“People are really sleeping on me in a way,” ssjishmael said. “I had a big 2020 but this year’s been kind of slow.

Ssjishmael’s most popular song, “Odyssey,” also produced by Nategoyard, follows a similar formula, with a sample from Italian composer Piero Piccioni’s score of the 1969 Italian film, Amore mio aiutami, or Help Me, My Love in English. His brash witticisms on getting head and dunking on posers works surprisingly well over an Italian film score.

“That’s one thing I like about my music is that it can fit any situation,” ssjishmael said. “It can feel cinematic like a movie, or it can work as a meme. It really could be for anybody.”

Ssjishmael’s other songs have a more straightforward trap or party appeal, although he never loses his ear for stand out production. “Freak Bitch” and “Speed Racer” could easily fit on the radio or a turn up playlist. His work with fellow rapper Xanakin Skywok, including the standout track, “Bravo!,” could start a mosh pit at a live show and exists in sharp contrast to the laid back vibe of his other work.

“My music is bigger than me. I don’t really have a lot of Twitter or Instagram followers but my songs blew up on their own,” ssjishmael said. “I want to revamp what I was doing last year but with more features. I want to work with more artists.”

He dropped his most recent single, “E36,” produced by Gosha and KILLHEEN, in the beginning of May.

Ssjishmael hopes to drop more music, more often this summer, but for now he’s created something truly novel; a melding of genres that could only exist today, complete with a DIY aesthetic that’s wholly original and a genuinely authentic approach to SoundCloud rap.

Red Bull Dance Your Style Tour To Travel Across The U.S. This Summer