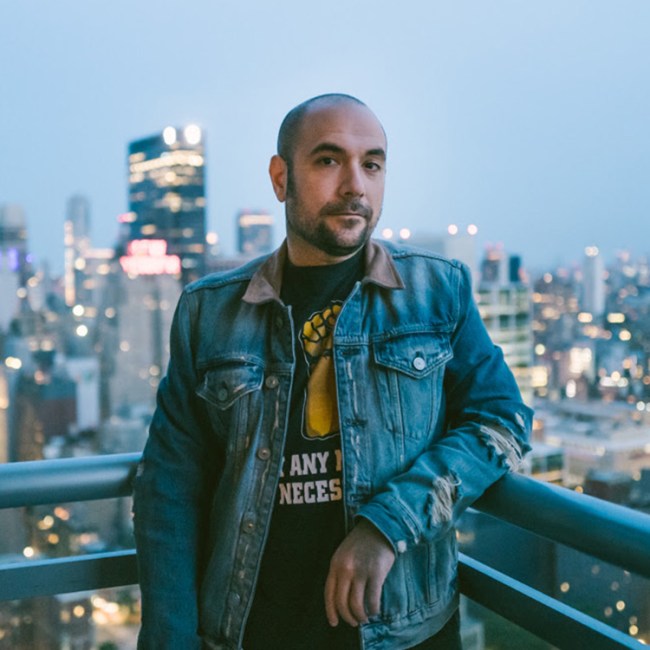 At least five pieces a week help make our cypher complete. Enjoy what you’re reading? Show your support by subscribing to Passion of the Weiss on Patreon.

Kevin Crandall believes that there’d be more Rudy Gobert and Mike Conley references in rap if they didn’t play in Mountain Standard Time.

HOT 97 host. ESPN Radio host. WWE 24/7 Champion. Peter Rosenberg can now check A&Ring his debut album off the list. The New York radio linchpin’s album Real Late —- a fusion of old school and new school five boroughs hip hop—bridges the generation gap between Wu-Tang and Griselda. It marks a milestone for Rosenberg, whose only musical releases previously were a couple of bell-ringing mixtapes back in 2011 and 2013.

Like Rosenberg’s radio show of the same name, Real Late looks to boast New York’s finest while maintaining a seamless flow. He attempts to resurrect the increasingly rare regional DJ compilation a la Funkmaster Flex, DJ Clue, and Sway and Tech, by showcasing New York hip hop’s lineage—from Method Man to Westside Gunn to Stove God Cooks—establishing an authentically New York past, present and future. This pedigree shines in the singles, where Rosenberg traces backwards chronologically with “Marcus Smart,” “Stain,” and “Next Chamber.” The album as a whole has the feeling of a hip hop record you pulled out of a dusty crate — one full of needle scratches and soul squelching bass.

Each artist shines on their respective parts, and Rosenberg pieces the tracks together with the care and precision of someone who has spent his life separating the platinum from the bronze (not to mention buttersoft shit from the leather on the Fonz.) The regional focus isn’t a surprise from Rosenberg, who has spent the last fourteen years in New York as a radio DJ for HOT 97, and has played a significant role in developing and boosting rappers from the city and its surrounding areas. Joey Bada$$ asked him to help trim down the tracklist for B4.Da.$$ and A$AP Rocky credited him as one of the first DJs to give him airtime when he played “Peso” on HOT 97; Rosenberg puts on for New York, and maintains his work of celebrating the quality the region has to offer with Real Late.

This album continues a time-honored tradition of DJ/producer compilation albums in hip hop, a tradition that Rosenberg himself has been deeply influenced by. Below, sorted chronologically by release date, is an assortment of compilation albums that have inspired and impacted Peter Rosenberg’s music taste, the curation of his own compilation, and his approach as a DJ to the creation of Real Late.

Peter Rosenberg: “That’s sort of an interesting one because it was a who’s who of hip hop that was just featured in the movie. It’s almost like the goal was to get everyone cool in hip hop in the movie. Then, you had to have a soundtrack that sort of mirrored that, and the soundtrack was on Uptown, and [Sean ‘Puffy’ Combs] produced. Of course it will always be most notable for having ‘Parties & Bullshit’ on it. I think history will tell that’s the first time Biggie [Smalls] had a record on an album.”

“’What’s Next On The Menu’ is one of my favorite Pete Rock and C.L/ Smooth songs of all time. It wasn’t a hit or anything, but for those that knew, it was awesome.”

“It was a really complete project. It’s interesting because the movie has everybody in the world in it, even if they’re just in it for two minutes, but the soundtrack is really focused hard on Uptown/MCA and the people that Puffy had relationships with. When you talk about the Puffy story, of course there’s so many things to talk about that no one spends the time with the fact that he A&Red the soundtrack for Who’s The Man. Considering how young he was at that time, it’s a pretty excellent piece of work by him.”

Peter Rosenberg: “I’d be remiss if I didn’t mention the Funkmaster Flex 60 Minutes of Funk series. He licensed old songs and mixed them with original songs that he made and freestyles. That is just indelibly stuck in my head as a standard for DJ compilations, because those really did a lot. Some big singles came out of them, and he got so many awesome people on those tapes. If you look at the amount of people Flex had on his albums, it was absolutely crazy.”

Peter Rosenberg: “It’s a really good and gritty basketball documentary, and the soundtrack was put together just beautifully. They basically had access to the entire Loud roster, and, when you look at it, it’s such a who’s who of hip hop—Dead Prez, Wu-Tang, Wu Allstars. ‘Soft Money Against The Grain’ produced by DJ Premier is just a fuckin banger. Then you had [Big] Pun ‘You Ain’t a Killer,’ Xzibit ‘Los Angeles Times,’ the Mobb Deep record ‘Rare Species,’ which is just kinda vintage Mobb Deep, and ‘Won on Won’ by Cocoa Brovaz. That was a record DJ’s absolutely were in love with. For me though, the biggest winner on the whole project was The Cella Dwellas ‘Main Aim’ which was produced by Nick Wiz.

It is just really cohesive sonically. For me, more often than not, my favorite albums aren’t necessarily thematic in topic, but they have to be thematic in sound. They have to just go. I know that’s not what everyone does with every DJ compilation, and sometimes it’s a collection of songs and the songs are just all dope, especially in the streaming era. But, I knew that with the kind of artists that I was dealing with, I was never gonna be thinking about streaming millions and millions of times, I just wanted to put together something that I could be really proud of, and that all of the artists on it could benefit by the other artists and songs. I wouldn’t want anyone to be on this where they hear the rest of the project and are like ‘yo, my song is good but the rest of these songs are trash.’ I think that’s probably the biggest similarity to Soul In The Hole, the songs don’t go in terms of topic. I don’t know how many of the artists on that album had anything to do with knowing what the others were doing, similar to my project.

Peter Rosenberg: “This is, to me, the blueprint for putting together a real, true school hip hop compilation. Probably the best compliment I could get from someone is them saying my album reminds them of Soul Survivor.”

“It probably doesn’t get enough credit as it deserves for being really, really fundamental to the hip hop/DJ compilation. It’s thought of as more of an artist album, probably because Pete raps on every song, so it ends up being thought of more as just Pete Rock’s solo album, but that’s not really how I think of it as a DJ. I always thought of it as a really thorough compilation that had so many of the best artists of that time. I don’t think it ends up being in that DJ conversation because people are so focused on the artist part, but Pete is a DJ and a producer.”

“The one thing that he was capable of that I’m not, is the solo song. One of my favorite records on the whole album is just the Pete Rock record, ‘#1 Soul Brother.’ Me and my DJ friends used to fuckin’ love that record.”

Even though he’s most definitely a DJ, and I’ve heard him play great sets, and he had a show similar to mine on Hot 97, Future Flavas. He’s very much a DJ, but the thing is, he’s such an iconic producer it kind of overshadows it all, so I think I do ultimately think of Pete as one of my all time favorite producers more than anything.

Peter Rosenberg: “An absolutely monster soundtrack at the time. It’s funny too because it’s not like I’m not a Coldplay fan. I don’t sit around listening to The Shins. For me, even though it wasn’t anything particularly from my genre of choice, it was so well done that it didn’t matter. The only thing that really spoke to music that I generally love is the Simon & Garfunkel song, besides that it’s all artists that I don’t really listen to, but it just nailed a feeling. That’s the thing. Even though the feeling is completely different from the feeling I’m trying to make, I’m trying to execute on my project, in spite of that, just the fact that it successfully gave you that feeling, that for me is what makes it inspirational.

It’s so rare that a soundtrack is considered super successful and it’s just a compilation of songs. It’s funny, my girlfriend got in the car and I was playing the Coldplay song [‘Don’t Panic’], and she instantly got in and sang the song and loved it, and I was like ‘oh, this is the only Coldplay song that I know,’ because I know it from this specific soundtrack. That’s what can be cool about a compilation. It can send you down a path of being in love with an artist, or it can just be like ‘I don’t really know the artist, but I love that song.’”

Peter Rosenberg: “It is so thematic. They did a perfect job of taking some direct stuff from the film, and more so the ideas that the film connotes, and making music that goes with that. Many of the songs aren’t tied directly into the film. Most of them, though, are tied into ideas about Black consciousness and the feelings that are conjured up when you think about Wakanda and about what the movie is supposed to make people feel—less about a superhero, and more about people and the Black experience. That’s one that is gonna stand the test of time.”

“It has some records that are really big pop songs. ‘All The Stars’ is a straight up pop song that became a huge hit. Then, you have the Travis Scott record, [‘Big Shot’], that sounds like a more commercial hip hop record. You also have other songs which sort of live in the middle and create all kinds of different feelings. But, at the same time, the whole thing plays through like a complete album, which is not easy to do when it’s a really wide range of artists. They just nailed it.”