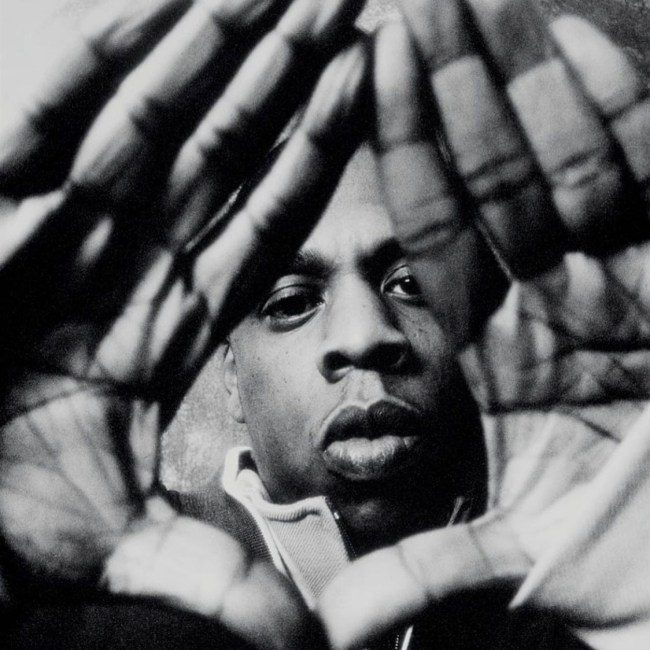 Look, we’re on our grind cousin, ain’t got no time for frontin, sensitive thugs, y’all all need hugs. Support real, independent music journalism by subscribing to Passion of the Weiss on Patreon.

Alex Swhear wishes he believed in fate and wishes he didn’t sleep so late.

The audience wasn’t sure what was going to happen next. Neither was Jay-Z. It was June 28, 2001, a hot summer night at Nassau Coliseum in Long Island. The occasion was Summer Jam, an annual festival launched by Hot 97 in 1994 that instantly established itself as a hugely consequential summer tentpole event for hip-hop. The genre’s most inescapable names were there: Ludacris, Eve, Outkast, and Nelly had all performed earlier that night. Jay-Z was headlining. Moments after performing his buoyant new Jackson Five-sampling single “Izzo (H.OV.A.)”, Jay had pumped the sold-out crowd up for a cameo from Michael Jackson himself.

More than a minute and a half after Jay’s introduction, the King of Pop wasn’t coming out; the mercurial crowd, which had thus far granted Jay an enthusiastic reception (but earlier had booed Jay’s future wife and the rest of her group, Destiny’s Child), was growing more restless. Jay’s instinct was to double down: “I know Michael Jackson better come from behind that motherfuckin’ curtain,” he said, practically daring Jackson to defy him. “You want me to go back and get him myself?”

So he did. When Michael finally emerged, he didn’t perform, or speak at length about Jay – or about anything, for that matter (“I love you all,” he murmured, before promptly skittering back into the shadows). But the symbolism was unmistakable. Even when Jay’s viability as a star was still in question, his career has been rich with allusions to unthinkable, MJ-level fame (he even compared his own hit-making prowess to Michael’s on 1999’s “It’s Hot (Some Like It Hot)”). In 2001, those references were no longer aspirational. Jay had just secured the endorsement of the biggest pop star on the planet. He had become undeniable.

The album opens with “The Ruler’s Back”, at once combative and nonchalant, with Jay invoking Slick Rick (and nodding at Right Said Fred before it was cool). He swats at his hornet’s nest of looming legal challenges less like an existential threat than a peripheral annoyance. The song’s show stopping moment, and a harbinger for the ambition of the record to come, is when he looks beyond music to place himself in company with historical giants: “I’m representin’ for the seat where Rosa Parks sat/Where Malcolm X was shot, where Martin Luther was popped.” It’s breathtaking in its audacity, a fitting starting gun for an album that expends much of its capital positioning Jay-Z as untouchable.

No single song does more of that maneuvering than “Takeover” (premiered during Jay’s Summer Jam set), the blistering diss that targets Mobb Deep and Nas. The latter became one of hip-hop’s most infamous and personal feuds, spiraling into a series of progressively more brutal assaults; two decades later, Nas and Jay’s relationship is more tranquil, characterized by the occasional friendly DJ Khaled-orchestrated cryptocurrency-and-caviar summit. “Takeover” naturally carries itself with a swagger; the first of five songs here produced by Kanye West, “Takeover” samples “Five to One” by The Doors and interpolates “Fame” by David Bowie, probably the two canonical classic rock songs that most closely resemble a derisive sneer.

While that bluster permeates the entire song (Jay’s dismissals drip with contempt: “Go play somewhere, I’m busy”), “Takeover” is as academic as it is visceral. The ammo here is compiled with the precision of an A-student’s research paper. After presenting a scathing personal case against Nas, Jay goes a step further, dismantling the consistency of his discography mathematically. It hardly matters that this sort of scorekeeping wouldn’t exactly do Jay any favors either. Even at this early stage in his career Nas could not shake the perception that the long shadow of Illmatic was inescapable; fairly or not, Jay’s sharp, well-drawn critique (“Fell from top 10 to not mentioned at all”) only deepened the sense that his best days were behind him.

Specificity of “Takeover” aside, the antagonists just outside The Blueprint’s frame are often anonymous: the doubters of his business acumen excoriated on “U Don’t Know”; the inferior challengers dismantled on “Breathe Easy (Lyrical Exercise)”; the out-of-touch critics rebutted on “Renegade”. This is never more apparent than “Heart of the City (Ain’t No Love)”, which may qualify as a centerpiece if the album’s weight wasn’t so evenly distributed. It’s a deceptively bitter song, finding Jay consumed and irritated with his skeptics. This is a trick often deployed by rappers in need of a foil: he is on top of the world, and cannot lose, and his accomplishments are towering, but also, sometimes people are mean to him. He’s not even asking for much (just clean underwear and an RIAA-certified triple platinum album). It is a sly way to cultivate an underdog narrative, no matter how undeserved.

But setting aside the silliness of the underlying grievances, “Heart of the City” is stirring, a funny, poignant glimpse into Jay’s head as he grappled with the strain of scrutiny that accompanied his superstar status. Jay’s paranoia is not limited to his present circumstances. “Never Change”, like “Izzo” before it, recalls his time selling drugs and the shadowy figures that loomed as threats. Reasonable Doubt and other early Jay-Z albums frequently calibrated the stakes to echo canonical gangster films, but “Never Change” spikes it with a tragic bent: no matter how much Jay outruns his past circumstances, he cannot alter his inherent nature. It’s a familiar sentiment articulated beautifully.

That Jay can approach these themes with equal parts pathos and humor is what makes The Blueprint so well-rounded; the scorched-earth ferocity of “U Don’t Know” and the regret-tinged emotional reckoning of “Song Cry” coexist without any palpable tension. Jay is aiming to canonize himself as one of hip-hop’s heavyweights and ingratiate himself as a relatable human being, sometimes in the same breath; the contradictions are a feature, not a bug. There is no whiplash watching him follow up the aching poignancy of the third verse of “Izzo” with “Girls, Girls, Girls”, a minefield for potential Vox thinkpieces that is nonetheless amiable and harmless (despite an unforgivable Deuce Bigalow reference), and probably the closest Jay has ever come to open mic night.

That we are still discussing the seismic impact of The Blueprint twenty years later is even more remarkable given the timing of its release. With file-sharing services like Napster diluting album sales, The Blueprint’s release date had been shuffled around to thwart piracy. The unfavorable timing could have killed any number of worthy albums in the cradle, but The Blueprint opened at #1 with a robust 427,000 copies sold, remaining in the top spot for three weeks and ultimately selling more than 2 million.

It is difficult to overstate how crippling the 9/11 attacks were to the US economy in the short term (the stock market tumbled precipitously, job losses ticked up, consumer confidence plummeted, and nearly every major economic sector – including travel, tourism, and entertainment – contracted sharply). It was an unambiguous testament to Jay’s invincibility that The Blueprint still managed a commanding performance, and he knew it; “Rumor has it, The Blueprint classic/Couldn’t even be stopped by Bin Laden” he boasted a year later on The Blueprint 2: The Gift and the Curse. It was a small comfort, at New York City’s bleakest hour, to see New York’s best rapper carrying the music business on his shoulders without flinching.

But while a new Jay-Z album was close to a sure thing commercially, the creative direction of The Blueprint was less predictable. This was Jay’s sixth album in as many years, and he had arguably stagnated creatively, just as sharp with his rhymes but considerably sloppier at crafting sturdy, cohesive projects (although I will concede that certain pockets of his fanbase would rank Vol. 3 and Dynasty more generously than I). The Blueprint’s production, primarily handled by Kanye West (five songs), Just Blaze (four songs), and Bink (three songs), wields sped-up soul samples on nearly every song, a sound that would blossom into a dominant strain in hip-hop throughout the 2000s.

There was a reciprocity at work; Jay made Kanye and Just Blaze two of hip-hop’s most coveted producers, but they also helped recharge his creative pulse (he recorded at a breakneck pace, completing seven songs within two days). The reliance on soul samples was the skeleton key that unlocked The Blueprint’s identity. The “I Want You Back” sample laces “Izzo” with a fizzy pop effervescence that lends it its underlying sense of triumph. The David Ruffin sample at the core of “Never Change” is exactly as weathered and weary as Jay needs it to be. This approach felt at once dazzlingly new and unapologetically rooted in the past, and Jay was clever enough to treat the samples not merely as shiny backdrops but as instruments to interact with and bend to his will.

Regardless of the thematic meat or sonic character of any given song, Jay frequently circles back to his status in hip-hop, the challenges that come with it, and the barriers he intends to bulldoze next. Even though the two extremes of Jay’s career (the unsparing, serrated grit of Reasonable Doubt vs. the hollow board room rigidity of Magna Carta) feel so distinct, Jay has always seen mammoth wealth, power, and influence as the logical endpoint to his hustle. The Blueprint, more than any other Jay record, cogently articulates how these two extremes are intertwined; sometimes, as in “U Don’t Know”, where he more or less threatens Def Jam into giving him 100 million dollars, they feel impossible to disentangle. The instincts that allowed him to excel on the streets are what have allowed him to claw his way to the music and business world’s most impenetrable elite circles.

The Jay-Z who best encapsulated his philosophy as “I’m not a businessman, I’m a business, man” would ultimately curdle into someone progressively more toothless and out-of-touch. Jay-Z in 2021 – post-Samsung snuggling, post-Kaepernick finger-wagging, post-“Big Pimpin’” hand-wringing – has less in common with hip-hop’s freshest talent than he does with Daniel Plainview, or Goldman Sachs execs, or the guy on the Pringles can. As such it’s striking to revisit the Jay-Z of The Blueprint, unspeakably successful and powerful but not yet complacent.

On the stream-of-consciousness revery “Blueprint (Momma Loves Me)”, the hypnotic final song on the tracklist, Jay strolls through a hall of memories, affectionately calling out friends and family who (mostly) supported him over the years. “Kitchen table, that’s where I honed my skills,” he recalls, a memory his mother would later recount glowingly on “December 4th”. “Jaz made me believe this shit was real/Labels turned me down, couldn’t foresee/Clark sought me out, Dame believed.” His origin story sounds as faraway and improbable now as his success must have sounded back then. Moments later, the album ends with “Girls, Girls, Girls, Pt. II”, the second of two hidden tracks. If you listen closely, you can hear background vocals from Michael Jackson.

Swae Lee Revives The Infomercial For ‘Someone Said’ Video