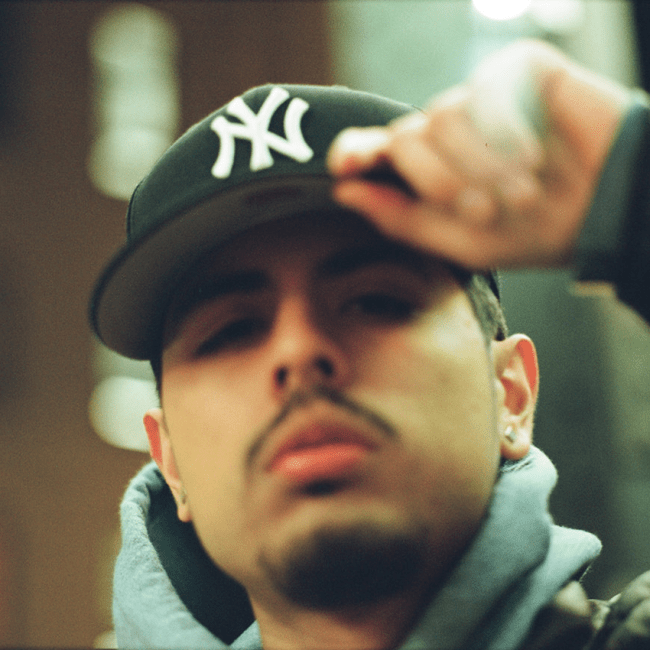 Dash Lewis is logging off for the rest of the day.

YL understands the dangers of artistic complacency. To the casual ear, his discography seems like a string of enjoyable records created from the same basic elements: loop-based grooves and introspective lyrics. However, further inspection shows a talented artist teasing out the wrinkles of his paradigm, subtly pushing the boundaries of the sounds he gravitates towards. His trajectory is fascinating in its continuous refinement and exploration. Even more fascinating is how Soda Club, his fourth project of 2021, upends the calm incrementalism previously found in his body of work. It’s a tremendous artistic leap, trading smoke-smudged samples for thunderous, chromatic drill beats.

Back in 2017, the Chelsea emcee emerged with the Roper Williams-produced Open 24, a slice of New York head-nod rap that tipped its cap to the filtered basslines and vinyl crackle of the 90s. The duo continued their partnership with three more albums across 2018 and ‘19, burrowing further into Open 24’s foggier aspects. Where that record acted as homage to jazzy Golden Era gems like Kurious’s A Constipated Monkey or Da King & I’s Contemporary Jeep Music, the pair’s subsequent tapes found a slightly more updated approach. Williams took most of the swing out of the drum programming, aiming more for the lava lamp funk of the Soulquarians than the hard bop samples of The Beatnuts. YL followed suit, experimenting with a more staccato flow that slotted neatly between the quantized drums.

After feelin life, YL and Roper Williams’s fourth project together, Y began to expand his circle of producers to include folks like Benji Socrate$, Brainorchestra., and Zoomo. His 2020 output found him rapping over loops sourced from the sweeping strings of Phillysound and the cooing vocals of lowrider soul. Outside of his RRR crew, he began collaborating with rappers like YUNGMORPHEUS and Pink Siifu, idiosyncratic artists known to tinker with the mechanics of song construction. As a result, YL adopted a kind of concise spaciousness, often only rapping one verse and letting the beat ride after completing his thought.

This year, Y drilled down his sound even further, all the while challenging himself to explore new flows and production choices. His predilection for slow, contemplative beats remained constant, expanding to include acid jazz Rhodes piano and tumbling synth bleeps. Y imbued most of his previous music with a kind of front stoop mathematics—the musings of a dude just living, working, and simply vibing in New York City. His cadences were relaxed and lilting, gently swaying through beats with an unhurried grace. IT NEVER ENTERED MY MIND and ADAPTATION found YL both crushing and expanding that flow, rapping like he was running a relay race. He rushed through dense clusters of run-on sentences, allowing the ends of bars to land wherever they might, immediately taking up the next thought to keep momentum; he only slowed down to relight the blunt or adjust the angle of his brim. The acute presence and quotidian observational style he’d cultivated was still there, but he was taking in and processing more information than before.

At some point, that approach must have seemed sapped of its fun, as Soda Club bears almost no relation to YL’s past work. It’s buoyant and billowing, bouncing around the stereo field with a palpable levity. Most importantly, it accentuates the sense of humor that hid below the smoky clouds of his previous albums. Recruiting a prodigious stable of New York and New Jersey producers, most notably Tony Seltzer, YL embraces a new kind of retro-futurist sound. It combines the boom of Jersey club, the puzzle-piece syncopation of Brooklyn drill, and the high dollar sheen of The Heatmakerz into a disorienting, candy-colored stew.

On “Take It From Here,” JonBoyIce samples the first bars of Justin Timberlake’s song of the same name. Distorting the track’s original timing, he layers drill’s characteristic 808s and off-time claps to create a woozy groove. Opener “Beef” features Tony Seltzer’s signature warbly synths and jaw-rattling kick drums. It sounds huge at first, but Seltzer tempers it with a tiny filtered clap, the kind most commonly heard in beats to study to. Throughout Soda Club, the producers juxtapose earth-crushing bass with rimshot snares and major key samples, creating party jams both weightless and bottom-heavy. It sounds like 2021’s rap answer to happy hardcore.

YL meets the inspired production with his best rapping to date. He’s a highly skilled emcee but his personality never shone through quite as clearly. Throughout the tape, YL blends references to the Muppets, Kris Kross, and Eastbay sneaker catalogs with brags about his towering bank account, the quality of his weed, and the inability of other rappers—or other people in general—to reach the peaks he’s already crested. It’s disarming and hilarious, drawing in even the most jaded listener. He addresses haters on “Choke No Joke,” calling them “puppet[s] like Cousin Skeeter” before pivoting to boast about gaining weight from the diet his new tax bracket affords. Further chastising the lames, YL muses about how he “took his shorty to Coney” while “you gave your shorty some cubic zirconies” on “Jordans, No Pips.” Clearly, YL has no time for those without swag.

Eschewing the cramped paragraphs of his previous two tapes, Y sinks into an incredibly adept triple time flow for the majority of Soda Club. To keep from being too one-note, however, he keeps the run times of his songs exceptionally brief. He deploys guest appearances strategically, letting other rappers act as a foil to his newfound style. WiFiGawd emerges from a black hole on “Gifts,” using a flow that vacillates from behind the beat to before it, giving the track’s forward momentum a destabilizing wobble. The two trade verses, with WiFiGawd’s groggy, double-tracked vocals melting time and space only to have it repatched by YL’s metronomic precision. Papo 2004 fills a similar role, showing up on “Live, Let Live” and “Chelsea” to whisper menacingly in the various pockets left open by YL’s measured delivery.

By the time you register all the references to piff and Pelle Pelle, Soda Club is over. It breezes by at an economical 24 minutes, but packs more personality than most of YL’s previous work. Beyond being the most thrilling entry into his discography, it exemplifies the kinds of rewards that can come from taking significant risks. YL wasn’t ever stagnant, as he soaked up influence from his peers, using his prolificacy to explore the nuances of his sound. Soda Club is a substantial leap forward, however, showing both the confidence YL has in his abilities and the hunger to continuously challenge them.