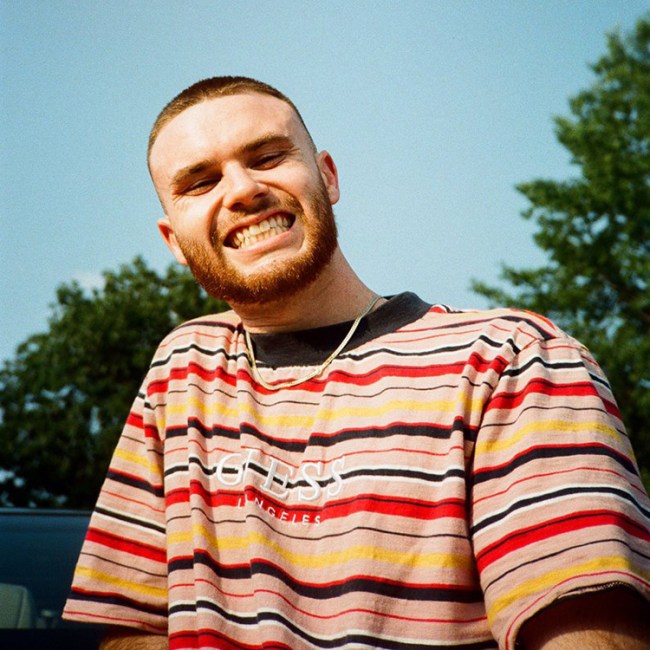 “Spread the word, darlin’. Brandon Callender is back!”

Connis is ready for whatever life is willing to throw at him. The 26-year-old rapper’s sophomore album, Somebody, reminds me of Saba’s Bucket List Project with its search for purpose and joy in a world hellbent on breaking your spirit. In the album’s closing stretch is the motivational cut “Guidelines.” Connis raps softly, tiptoeing between soft keys and echoing rim taps like he’s trying to avoid crunching autumn leaves while making his exit. “My soul older than my age, my cry louder than my laugh/My heart bigger than you thought,” the Cambridge, MA rapper insists; it’s as if he’s a distraught teenager trying to explain himself to a parent who just doesn’t get it. There isn’t wide-eyed optimism in Connis’ heartwarming voice—just an acceptance that he can only do so much to leave the world marginally better than it was before he found it.

The Bronx has revitalized a creatively stagnant New York drill scene with its high-octane and brutal music. Just listen to B Lovee and Dougie B rap at a thousand miles an hour as the camera wildly flails around in the middle of a dance circle—it’s like a jolt of lightning being injected into your veins. On his latest single, “Being Honest,” Kay Flock turns it down for a moment, going from his usual scratchy yells to something more like a gruff, rumbling murmur. The XXXTentaction-sampling beat has been floating around since at least last winter. (I first remember hearing it on Eli Rivers’ “Damage” and found a few more takes on the beat in the related videos.) “Pray to my mama I’m gon’ make it home/Twenty missed calls, I ain’t answer my phone/Then I heard JB ain’t make it home,” he painfully exhales. “Being Honest” is a rare moment of vulnerability from one of the Bronx’s fastest-rising names.

The sibilant first fifteen seconds of the CJ808 and QU!$7-produced“#myall” makes zee! sound like pressurized air rapidly escaping from a can. The raging swirl of hissing and stuttering slowly calms into a single phrase (“This all I got”) that repeats in the background like a motivational chant. The atmospheric beat from the 2k3 collective producers, who often get adventurous with their cadences, is light on drums but the bass often spills over and smothers zee!’s vocals. The Dallas rapper’s high-pitched voice and playful, oh-man-how-couldn’t-i-predict-that style of punchline remind me of Duwap Kaine, but on here, zee! doesn’t adopt Duwap’s deadpan. “I’m tryna make sure I’m the one can’t come in last,” he sings, each word rising in pitch until the last word starts to warble a little. “Tryna move forward, but these niggas stuck in the past.” Zee!’s sugary singing is given all the room it needs to take flight on the spacious production from 2k3’s in-house producers.

R.A.E’s “MINE” is a time capsule back to the first time you fell in love. The UK singer bounces along with the grooving bassline. Her feathery vocals float and the mellow synths fuse together in a soothing mist that washes over you. “They say love is a game to play. I don’t wanna play no games,” she coos. “I’m just shy to say how I feel.” “MINE” is the kind of song I’d imagine someone like Issa Rae to pick up on for an Insecure needle drop with its mellowed-out 90s aesthetic. Cookout season might be coming to a close, but there’ll always be a kickback or two to throw this on at.

Ask any rapper between the ages of 14 and 24 what their favorite Chief Keef mixtape cut is and you likely won’t find two people with the same answer. Rodneyy’s haunting “On The Floor” recalls a Back from the Dead-era Keef with its bellowing digital symphony, but he skates over a beat with an acrobatic flow beamed in from current-day Atlanta. The 16-year-old rapper is the son of Rocko and Monica, as I learned from a Finals interview earlier this year. Even though he had been in-and-out of studios at an early age and making beats all his life, he didn’t start rapping until last year. The free-flowing hook is delivered with so much indifference it’s hard not to imagine him laid back with his feet propped up. “Three racks inside my jeans, the money where I go/She wanna be my wife I told her, ‘yeah I know,’” he flatly raps. Rodneyy’s making the past sound new all over again.

Coachella Is Reportedly Being Rescheduled For A Fourth Time