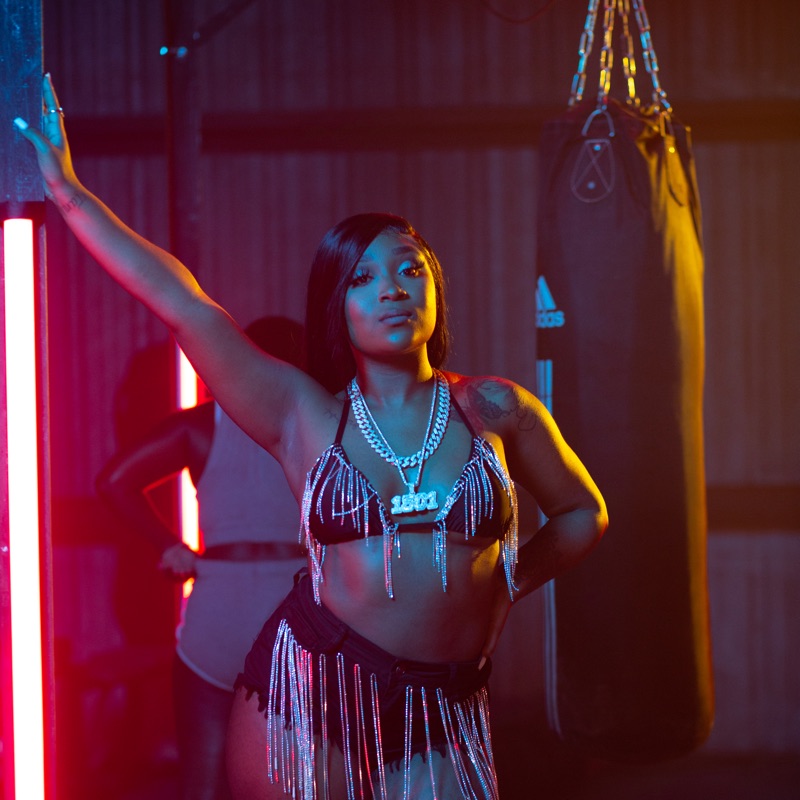 Dutifully bringing you the best new rap music every week. Please support Passion of the Weiss by subscribing to our Patreon.

Brandon Callender is just a writer from the Champion’s League.

I’m not sure if there’s a better break-up song than “OK Cool” right now. CEO Trayle can’t help but list every single reason why he’s mad at this girl. Sure, it might be his fault they broke up, he’s not afraid to admit it: “Bitch, you supposed to be my bitch, I cheated but you broke us up.” But she hurt his feelings, so now the Atlanta rapper’s going to dedicate 3 minutes to saying whatever’s on his mind. “Bitch you ain’t leave when I was down, left when I was up / That’s ‘bout the realest shit you did, but I don’t give no fuck,” he jokes. I wouldn’t be surprised if he started laughing hard as hell when he finished recording this song. “OK Cool” is one of those 2 a.m. black screen IG story rants, you know the kind, that never ends. Whenever you think CEO Trayle is going to stop, he’s actually just taking a breather to gather his thoughts before going off for another 45 seconds. CEO Trayle might’ve made the pettiest song of the year, and I’m perfectly fine with that.

In 2006, the late Huey’s “Pop, Lock & Drop It” changed school dances forever. School administrators would have to sigh as they gave into the demands of screaming children who wanted to hear this song during a school-sponsored function in the gym. It was inevitable that one day it’d get flipped. Dallas’ Erica Banks demands all your attention on “Toot That,” even with Beatking attempting to steal the show with his “IF SHE MAKE U WAIT, HER P*SSY TRASH” t-shirt. (Which isn’t even the most outrageous shirt in his collection). Erica Banks’ confidence is unmatched — as soon as you hear her come in on the song you can’t help but scrunch up your face. “I told him get back, back up ‘less you got them racks up / Ain’t no competition, tell them other btiches catch up,” she raps. There’s someone to root for from every city in Texas.

Michigan and Atlanta have crushed it every single time they’ve linked up over the past few months. There’s Lil Baby and 42 Dugg’s two-pack of “We Paid” and “Grace” and Lil Yachty’s been bouncing between Detroit and Flint, hopping on songs with everyone from Sada Baby to the one and only Coochie Scout, YN Jay. The Atlanta rappers aren’t making them switch the formula up at all. They’re choosing to meet them right where they are, hopping on all of the Detroit and Flint beats with ease. It a whole new challenge for them. You won’t find these kinds of beats being cooked up in a QC studio session.

“No Autotune” has Icewear Vezzo, Hoodrich Pablo Juan, and Z Money talking all kinds of shit. “I ain’t a bitch, I ain’t a rat let’s get that crystal clear / Patek on, them VVS’ you know this bitch crystal clear,” Vezzo brags. Pablo Juan is just as good as ever on this, serving as a bridge between Vezzo and Z Money’s verses. “In the trap house I got my rolex that was my first plaque,” Z Money raps. This definitely won’t be the last time we see Detroit and Atlanta on the same song this year.

Sometimes all I want is to go back to the time where every single song I loved had a PLUGG! tag. Tony Shhnow & 10kdunkin’s Rp’s and Plan B’s brings me right back to scrolling through Soundcloud in 2015, listening to everything that an anonymous Carti fan account uploaded. “On Me” feels like the natural evolution of that sound. DiorDaze’s looping production and 10kdunkin’s groggy flow are hypnotizing. “I’m leanin’ back in the coupe, it got two seats / I’m at the bank, cause that’s where I’m supposed to be,” 10kdunkin hums. Tony Shhnow is bouncing off the walls in comparison, with his run-on sentence-like raps. “I got cash in the present, they keep talking bout the past,” he raps. Tony Shhnow & 10kdunkin are keeping the BeatPluggz era alive.

Winston-Salem rapper TiaCorine’s debut EP, 34Corine, attempts to cover as much ground as it possible can in 19 minutes. There’s peaks (“30”) and things that don’t really work in her favor (“Avril Lavigne”) but overall it serves as an introduction to the things she’s interested in doing. She could try to recreate the magic of her hit “Lotto” from last year, but this EP makes it clear that she isn’t interested in doing that at all. The Sonny Digital-produced “Mine” is the bubblegum rap anchor of the project that makes it all worth your listen. “Spare change, I still look like I’m a dime,” she says in a high-pitched whisper on the hook. TiaCorine’s earworm hooks will get stuck in youe head for hours.