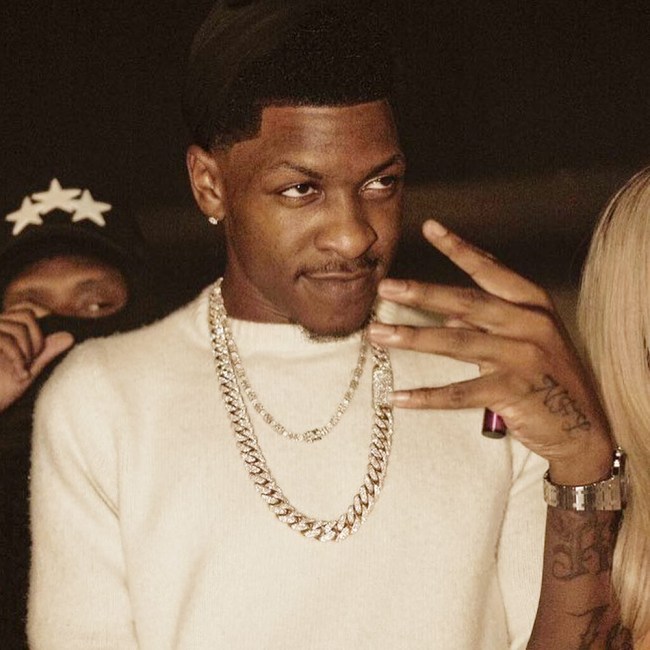 Brandon Callender wants you to know the greatest two instruments in the world are saxophone and pedal steel.

Two years ago, Pasto Flocco popped with bubbly tracks like “Catch Up,” where his sugary, high-pitched vocals carried the same excitement as a kid who was told that they’d be left home alone for the weekend with money to order pizza. The 17-year-old rapper has mellowed out since then, letting his voice grow colder while his raps about flexes and girls remain largely the same as they were back then. On the breezy “Thats Cap,” a highlight from his latest project, Disturbing the Peace, the Queens rapper sounds entirely unbothered. “She want me to smash, ‘damn, alright’/Should I bring her to the crib? Damn, I just might,” he raps unsurely. It’s good to see that Pasto Flocco becoming more sure of his voice as an artist, even if it means he has to partially ditch the sweet melodies of his past behind.

Back in January, I wrote a little bit about 26AR and Tazzo B’s “6 Foot 7 Foot” and the rise of sample drill in New York. At the time, it was only a few guys outside of them and the Yellow Tape Boys hopping on those beats and now it’s gotten so crazy that it seems like every producer out there is scanning through lists of former Billboard hits or Hot 97 classics in search of something to flip. It’s gotten to the point where people throw some off-key bass on the Mr. Softee jingle and plot to go viral purely off shock value. Enough is enough! RealYungPhil is a breath of fresh air in that sense. While he still has an affinity for flips of Aaliyah classics and Thank Me Later-era Drake, they’re more moodsetters than attention-snagging centerpieces. “I gotta stay consistent, broke nigga keep your distance” he raps over EvilGiane’s shuffling drums. In a lane that’s growing crowded with uncreative hit-chasers, RealYungPhil keeps fun by not refusing to resort to gimmicks.

CEO Trayle will barrel through any beat with his stream of consciousness raps. He’ll seamlessly string together bars about an annoying ex, Wockhardt and making plays without making a “Wockeisha” punchline. “Black Air Force Ones, I had wore ‘em on occasion,” he raps over haunting atmospheric production. “Aye, this bitch gone, I can’t save ‘er/I up the gun on nosy neighbors.” FOREVERROLLING and FlexOTB make space for Trayle’s menacing raps on the beat, adding in a few ominous string hits to the droning melody. CEO Trayle’s been on a tear this year—it reminds me of the recent Keef loosies, where he’ll hop on any beat and go in for 4 minutes straight without a hook. Maybe by the end of the year he’ll be doing something similar.

It was only a matter of time before Top$ide found his way to New Orleans. The No Limit-inspired Detroit producer has been behind the boards for some of my favorite beats of 2021 and hasn’t shown any signs of slowing down. He recently locked in with T.Y. (who is B.G.’s son) for his new project Baby Gangsta, Vol. 2, which I imagine feels the same as picking up a random mixtape at a swap meet and seeing where it takes you. The rattling percussion and organ vamps of “QP” keeps your head on a swivel for all the little sounds Top$ide adds to the beat. “Remember being young, having dreams about drug dealing/Now I got money like the dope boys I seen in my city,” T.Y. raps. Baby Gangsta Vol. 2 is only 23 minutes long, but between T.Y.’s hypnotizing flow and Top$ide’s sticky production, there’s more than enough to get lost in.

Pa Salieu broke through in a major way last year with his stunning debut Send Them to Coventry. The UK rapper’s follow-up EP isn’t much more than a stopgap to keep people’s interest piqued, as is typical for the streaming era, but it’s interesting to hear him rap over some buzzing amapiano production. The growling bassline and pulsing synths keep the track on the ground, even as Nigerian singer Obongjayar tries to take flight in his verse Stuttering drums dance beneath Salieu and Obongjayar’s words. The song is constantly in motion, moving in and out of the center of the dance floor as each of their verses comes in. Thankfully, there’s more than enough room on the floor for both of them.

Michael Jackson’s Estate Reportedly Made Nearly $2B Since His Death

DJ Jazzy Jeff Shares His COVID-19 Scare With Will Smith