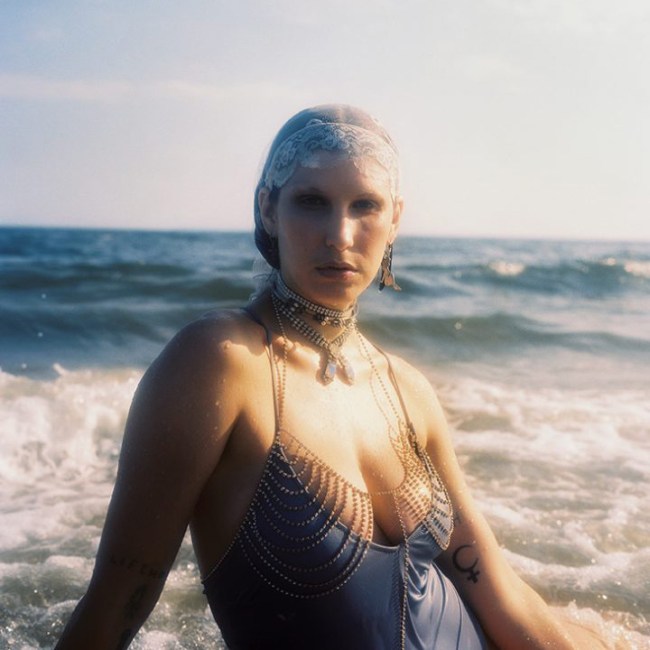 Joyride is sparkly, weird, beautiful, and the perfect closing song to Tony Seltzer’s brilliant new album, “Hey Tony.” Only Tony could create a beat like this, with so many hidden corridors, Sonic rings to jump through, and pulsating laser sound effects that sound like they could come straight from Halo, swirling around and glued together by Eartheater’s distant mutant vocals. It’s like her voice opens up the complexities of the beat to make the different parts feel more digestible. These types of beats are all over Tony’s album, which is perfectly A&R’d to fit disparate voices, styles, and sounds into one collective vision of New York’s cyber streets.

It’s the introspective Mavi asking if you can handle all the talent that was handed to you, Vinny Fanta warbling about about his French plug over distorted electricity and subtle drill drum patterns, Wifigawd and Hook stomping through the slightest indents in Tony’s production that they manage to rip open wide. It’s also Wiki squealing about all the shit he should have deaded as a kid, Trippjones dragging synths through the river Styx, and so many more underground stars across the spectrum playing directly to their strengths. Every syllable, pause and snap on the album brings them all closer together, and new subtleties have been revealing themselves to me with each subsequent listen. Even having gone through it more than 5 times at a clean 29-minute run-time, there still feels like a lot more to unpack here, and those albums that grow with each listen are the type with real staying power. Don’t be surprised to see this one topping some year-end lists.

Nobody does funeral procession music better than Mozzy. It’s a gift bestowed upon him by the most cursed of circumstances of course, but his heartfelt odes to loved ones lost are always sweet, poignant and full of humanity in a way that cuts straight to the soul. The video is set mostly in what looks like a group grief meeting, before it cuts to the beautiful funeral for his friend Skeemo while Mozzy reminisces about the conversations shared, the plays they went half on, the penitentiary phone calls, and more. He knows his boy is saving him a seat up there, and his children are all set in case anything were to happen to Mozzy himself. It’s a sad, high-stakes reality he’s living in in Sacramento, but the kind that makes you appreciate every moment and dive deeper into your relationships and self, which also makes for some incredibly seering music.

After a lyrical onslaught from Sada Baby where he plays the role of FEMA for providing hurricane relief to some women and Regina for serving fiends in the hall, he and Skilla spell out what each letter in their names really stands for:

Casada:
C – Choppa
A – African American
S – Smack a dude and his mama
A – Asshole with Guallah
D – Dick her down
A – A whole lotta shit

Trevon:
T – Turn up on a bitch without tryin’
R – Retarded because I’m out my mind
E – Evil
V – Virus because I’m sick as hell
O – Odell because I’m always catching plays
N – [uninterpretable] but it’s because he’s always with a baddie doing freaky shit

Forget the subject matter, even the beat to this song has serious gravity to it. It’s old school G Funk pounded in from the sides so all the force hits at one point. And West LA’s YeloHill came ready to bear warnings over the street siren in a shirt that reads “No Tourist Allowed.” His storytelling and game-spitting is delivered with a sense of hardened sincerity that can only come from years of dealing with all the bullshit. So heed his advice when he tells you to think twice before taking a trip to his neighborhood.

The Hoovers out in LA have been on fire for the better part of the past year with their cyphers. This one is fun as hell with a beat that sounds like the theme song of a Disney movie for gangbangers. On the hook, Tr3yway6k proclaims himself the preacher, before jumping into a verse explaining that he’s “slidin on Western lookin’ for halos I’m the reaper.” While Trey is on Western, ProjeckBabyTwin is on Gorman Ave looking for violence and Swift Chapo’s getting groovy on Figueroa with his deep baritone. The local city street shoutouts are a must in any good crew cypher.

Leftover Songs that I wanted to put in this rap up, but I know nobody has patience to read through more than 5 write-ups:

Blueface Prepares For Hollywood By Showing Off His Acting Skills

Frank Ocean Will Headline Coachella… in 2023

The Official Trailer for Season Two of ‘Wu-Tang: An American Saga’ is Finally Here