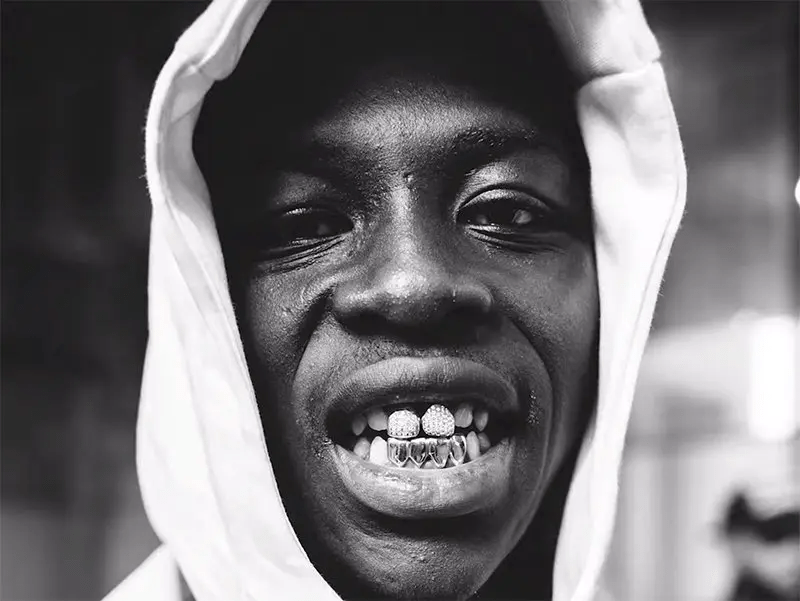 Bringing you the best new rap week in and week out. Please support Passion of the Weiss by subscribing to our Patreon.

Over a period of six millennia, ancient alchemists passed secrets down to younger alchemists, who grew old with those secrets, working on and refining them before passing on to the next generations. I assume most lived in caves. Some techniques proved archaic, while others stood the test of time, all in pursuit of a perfect chemistry, a oneness of sorts, or a formula that may explain all things in our universal realm. Through these speculative philosophies, rituals, ionic bondage, and occasional bloodletting, the society of underground alchemists has finally achieved their goal: Savage Mode II.

In the Crenshaw district where Conrad is from, you can add nunchucks to the list of things you better keep on you. Conrad’s hook on “Vintage & Adventurous,” the biggest hit out of LA last year, is rehashed here over a beat so wobbly, it makes the womps of Brooklyn/UK drill sound vanilla, and Conrad just gasses it.

You know a video is effective when every time you play the song sans video, you see all the visuals in your head in vivid detail. This video has been occupying the better part of my brain since the first time I watched it a few weeks ago. Everything from the creative direction, to the camera work, to the stills, to the vibrancy emanating from the cast of characters is intoxicating. The beating of the baseball bats, the shifting angles, the grungy black and white tint, and the casual footwork all make it feel like a real family affair. Pa Salieu, hailing from Coventry, a place that literally sounds like it came out of a UK town name generator, has a naturally menacing charisma, and he’s matched step for step by Backroad Gee as they stomp around and feed off each other’s energies. And that onomatopoetic gun sound (Pé-lé-bow) is so fun to say.

Sacramento’s crew cyphers are starting to get into that Detroit/Flint territory (not quite there yet, but as close as any other region). Every week another few crew cuts drop from one of the city’s videographers chronicling the scene, often with a new character, and like half of them still feature the late Bris, a talent who has only seemed to grow since his fatal moment. Though his absence in the video, and use of old B roll in his place is eerie, his presence as the final verse is huge. Laser beam synths set the stage for each of the rappers to take turns slicing through them before they all take a moment of reverence to let Bris’ verse run.

Since you’re all missing Mano’s Massachusetts pop rap so much, I have enlisted him as my official plug on this genre/scene for all future Rap-Ups. You’re welcome.

TG has one of the best voices in all of rap, especially when he gets into snarl mode, which he doesn’t even fully activate here. He and Long Beach’s Saviii 3rd are two of the only rappers I’d put near the Pop Smoke tier of rap voices.

Onyx Gets Pushed To The Limit Over Kodak Black Question