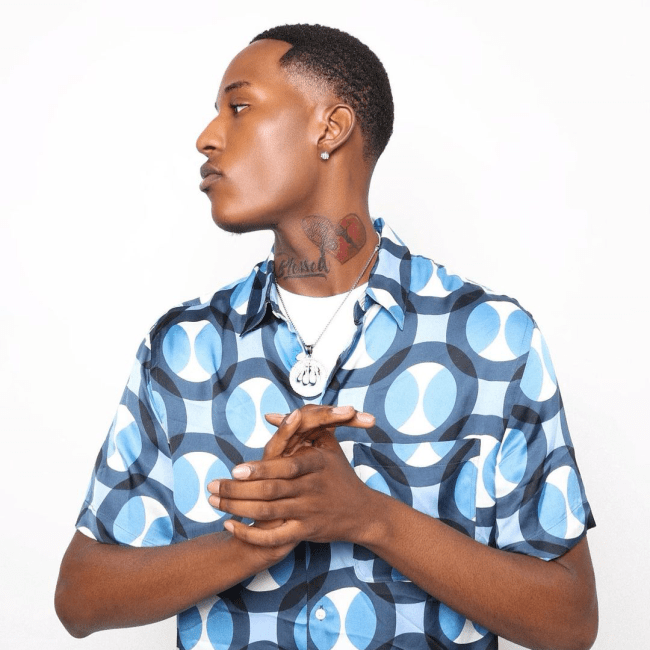 Try to keep this one a secret if you can. We all know about the unclearable sample that’s kept “Pissy Pamper/Kid Cudi” in release limbo as it climbed to the top of the Spotify charts with sneakily uploaded and pitch-shifted edits. When Newark rapper Bandmanrill jumps on MCVERTT’s production it’s like watching a car slalom race in-between cones, smoothly dodging all the incoming obstacles. Jersey Club’s pounding eighth and sixteenth note drum patterns, gun clicks, and whatever other sound effects MCVERTT has on deck at the time numb your mind until they send you into a frenzy where the only thing you can do is let your body move along to the beat. The video takes on the song’s frenetic pacing, cutting in from unpredictable moment to unpredictable moment at a party where everyone’s ready to get in the middle of the action. When the song ends after just a minute and thirty seconds it’s like when the floodlights turn on at the club at the end of the night, shocking you out of that fever dream as you tap your pockets to check for your keys and wonder, What the hell was I just doing?

There are a lot of rappers who sing, but a lot of rappers aren’t particularly good singers. This isn’t meant as a quality assessment—the most limited singers in rap strain their scratchy voices to the point of cracking to wring out every last bit of emotion from their words. Sometimes it works, sometimes it doesn’t. There are a few rapper singers with strong-ish voices now—Rod Wave and Roddy Ricch come to mind first (the latter is essentially Lil Durk with a better singing voice)—and they push melodic rap to its poppy, Billboard-topping peaks. Chattanooga’s Slatt Zy feels like he’s walking in their footsteps with his sticky hooks and rounded vocals. “And I just/Bought my moms a house/And put bands/In my pops account,” he raps in the second verse, popping the bubbles of anticipation left by the pregnant pauses. The twinkling interpolation of Pastor Troy’s “Vica Versa” takes slight detours whenever it veers too close to the original. Slatt Zy puts a piece of his soul in all of his vocal runs. On paper, his lyrics can look like platitudes, but all of the power lies in his delivery.

Most of the time, Baltimore’s Roddy Rackkz sounds like a descendant of the Lil TJay and A Boogie family of whiny crooners. On “Wit Me,” he sheds that heartbroken loverboy persona for a moment to go back to back with Lor Stackks on some of his chilling verses. “I fly with Gucci baggages/Savages getting packages,” Roddy grits through his teeth, stressing the last syllable in each word. Lor Stackks’ blazes through the song like he got told that the studio was closing and he still had to lay down his verses. Stackks slurs his bars, to the point where they nearly become run-on sentences. “I used to sleep in the basement/Ain’t no more minimum wages/I’m in the field like a Raven,” he raps. Baltimore’s easily one of the most underrated rap cities in America—take this as a sign to dive in.

Whenever Naira Marley goes, (good) trouble isn’t too far behind. “First Time in America” is, well, exactly what you think it is. You can imagine him swiping through his camera roll as he sings about his travels over Rexxie’s brooding production. “My first time in America, I was disturbing America,” he sings. “They like, ‘Whose that nigga? That’s disturbing America?’” His tongue-in-cheek humor keeps the track’s mood light as he jumps from shut-down shows in London to doing drugs in Cameroon. I’m looking forward to Naira Marley’s eventual guide to international travel.

TikTok has the uncanny ability to decontextualize music—I often compare it to removing a limb from a body. A 15-second snippet or melodic interpolation becomes all that you recognize of it, defamiliarizing you from the source material until you hear it outside of TikTok and you go, “Oh, that’s the TikTok song I heard,” and try to explain a skit that doesn’t work verbally so you sigh and try to find a video before your friend calls you crazy. For the sake of transparency: This happens to me pretty frequently. The most recent song I forgot the name of was The Gap Band’s “You Are My High.” It actually happened while I was writing this column.

I can’t go more than a few scrolls without hearing the groaning piano and thunderous drums of “Mr. Put It On” before a week’s worth of outfits, sometimes serious, sometimes completely unserious, flashes across my phone screen. I realized I hadn’t heard the full song about a week ago when it popped up on my YouTube feed. Cynically, I would guess that my laptop mic heard me watching TikToks and the YouTube algorithm thought it was time to pull me away from TikTok by showing me… a song I was (partially) listening to on TikTok. I love when the algorithms talk to each other.

“Mr. Put It On” is more than just the background music to people’s closet showcases. Guapo’s raspy voice is gruff but still light enough to have the endings of the Houston rapper’s sentences blow away in the wind. “Call me, Mr. Put It On, way I rock these clothes/Fuck a lot of hoes, and I bring poles in all my shows,” goes the song’s memed section. “Yeezy shoes, them bitches look like Crocs on sports mode.” By the time you finish listening to the song, a distressed Purple Rain shirt and some Mallmains will have manifested on your body.

An extra banger from Newark’s MCVERTT because I can’t stop listening to his SoundCloud.

Another Postseason Filled with the Clippers’ Karmic Retribution

30 Underrated Female Rappers You Should Listen to in 2021

#DXCLUSIVE: Lana Shea, J57 & Benefit Fight The Patriarchy On "Us Too" Remix