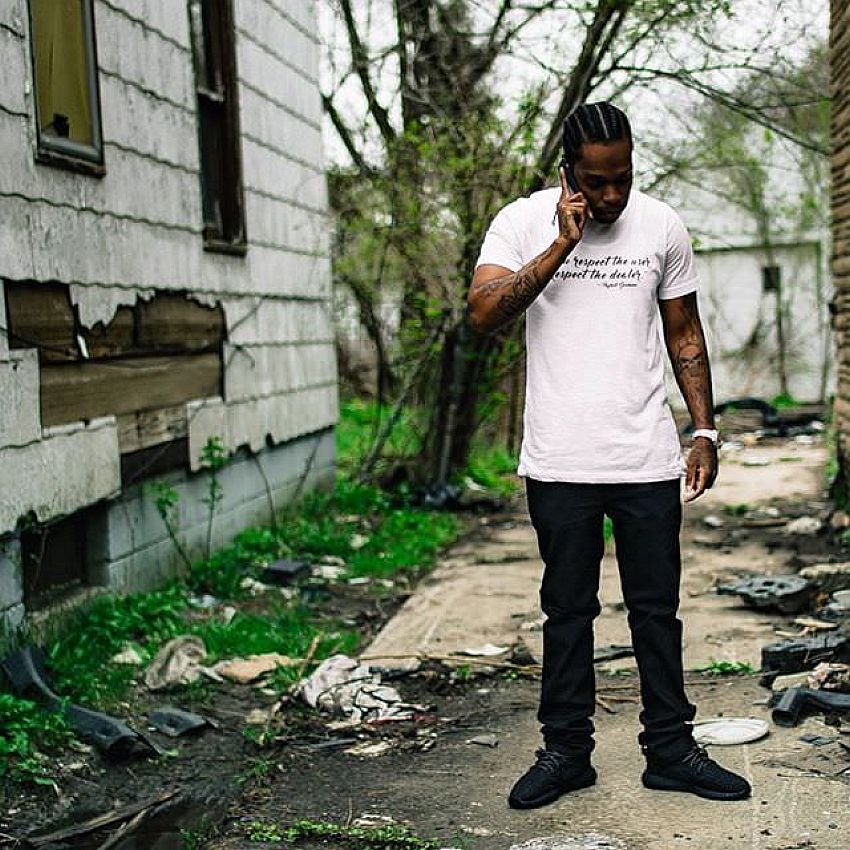 Bringing you the best rap music every week. Please support Passion of the Weiss by subscribing to our Patreon.

Brandon Callender is sitting on BBS like Money Makin’ Mitch.

Recently, I’ve been thinking about the grip that Atlanta has had on rap since I was in middle school. (For reference, I just graduated from college in May.) For years, so many of the genre’s biggest stars and rising artists have been based there, and people continue to flock there today for 10-piece orders of lemon pepper wet and studio sessions. But that grip has been slowly loosening. Rap has become much more regional and scene-centric in the last few years. Right now, there’s not a city with a monopoly on what rap sounds like right now, and that’s opened up the playing field for just about anything to catch on.

Rap sounds different in every part of the country: There’s Jetsonmade’s speaker-busting bass in the Carolinas, Enrgy’s droning piano loops in Flint, and Cheecho’s ominous keys out in the DMV. I probably talk about this about once a month in this column, but it feels like we’re getting closer and closer to rap being like a game of Risk by the day.

I don’t think there’s going to be a lot of Atlanta in my year-end lists this year. Lil Baby, Sahbabii, and “So Slime,” the year’s best posse cut seem like obvious locks right now, but I can’t think of much else that’s stayed in rotation. Yak Gotti might make me add another though. I can’t stop listening to “Truly Be Missed,” one of the best songs off his new tape, Gotti Outta Here. Wheezy’s dark, crawling beat sounds like a factory machine slowly turning on, gears scraping against each other. Yak Gotti’s flow is elastic — bouncing from wall to wall. “I do not see who adjacent to me / I do not think they can replace my G / Really, it look like they faking to me,” he raps. Even though Atlanta is no longer the center of the rap universe, there’s still quality music coming out of there.

In the intro “Confirm the Kill,” you can hear YungBossTevo’s chains rubbing together when he gets next to the mic. I don’t think there’s ever been a bad song recorded where you can hear someone’s chains rustling. It just adds something special, like they know this song is so crazy that they had to record it instantly. Rappers in North Carolina tend to sound like either DaBabyand Stunna or like they should be singing over CashCache beats, but YBT finds ways to make himself stand out. He’s one half of 83Babies, a group from Durham signed to Rich the Kid’s Rich Forever Music.

Tevo takes off right before the beat drops, never looking back. ”All my diamonds real, I take a pic don’t put no flash up,” he brags. YBT forces the beat keep up with his momentum on the hook, rapping  “Black mask, black glock, tinted car, they can’t tell.” Every line is said with an invisible smirk after it — Tevo never sounds like he’s forcing any line to come out. If anyone reading this knows how Rich the Kid found out about 83Babies, let me know. I’ve been trying to figure this out forever.

Junglepussy and Gangsta Boo are a match made in heaven. “Long Way Home” was one of the best moments on Jp3, combining Junglepussy’s sultry singing and Gangsta Boo’s commanding energy. “Stamina,” a stand-out song from Jp4, is the two coming together once again for some of the year’s most colorful sex raps. “Skeet in my weave, leave-in conditioner,” Junglepussy says without a care over a beat that sounds like it was lifted straight from an 18th century ballroom. It’s the kind of chaos she thrives in. Gangsta Boo’s busy declining calls and taking warm showers, because self-care is important. Sometimes people are just too clingy. “Don’t come for me unless you got a check for me / I can recognize a groupie when he in front of me,” Gangsta Boo taunts. I can’t help but feel sorry for whoever Gangsta Boo’s talking about.

Opera Steve’s chorus on “Killa Cam” needs to be preserved in the Library of Congress. It’s one of rap’s highest highs. Lil Dude is more comfortable than ever on the “Killa Cam” beat, swapping out his flow for one more like Cam’ron’s. When he raps “equip the glock with the beam, we can see things / Stretch a nigga out like a pair of cheap jeans,” it comes out effortlessly, like he’s just having a conversation with you. This remix is so short it feels like an IG snippet, the beat is left to fade out after a Tim Hardaway punchline. If this song and “AIRB&B” are anything to go off of, Lil Dude’s next tape is something to look forward to.

Whenever I listen to Payroll Giovanni I get out a notepad to can write down all of his advice. It’s hard to get advice, let alone good advice from someone as wise as Payroll. “What I Look Like” is a reminder to focus on yourself. Payroll goes in for 2 minutes talking about things he’d never do, because it goes against his life philosophy. “What the fuck I look like moving like you, dawg? I put in too much work for that,” he says. A non-exhaustive list of things you’ll never catch Payroll doing:

I’m not sure if I’ll ever relate to every piece of advice from Payroll I write down, but it’s the principle that matters here. Always stay focused on yourself.

Lights & Bridges Will Calm the Soul With New Self-Titled EP