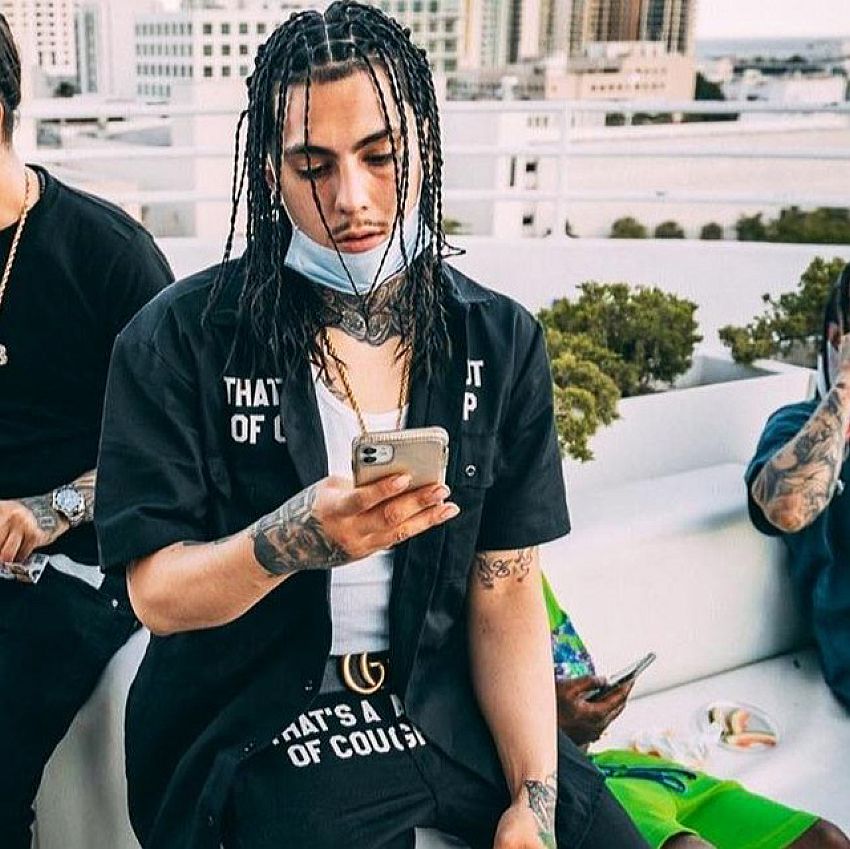 Please support our initiative to bring you the best new rap music every week by subscribing to Passion of the Weiss on Patreon.

When Yachty first started rapping with all the Flint guys, it felt a little forced. He didn’t have the rapid-fire shit-talking absurdist flow and thematic stuff down, but since he’s fully assimilated now, he’s legitimately one of the dudes. This is the type of fun, off the cuff video that could only come from legitimate homies just bantering and laughing at each other in the studio. You even get a glimpse of them clowning in the beginning of the video when Yachty jacks the cameraman and tells him to take the day off.

It’s probably the best Rio and Yachty collab we’ve seen yet, with their powers amplifying in each of their second verses after they heat up. Although I’m sick of Chrome Hearts bars, which have become the new VLONE bars, these two still somehow make them sound fresh. After bragging about all his zippers, Yachty raps about his asian girl never aging and doing his white girl so good she almost calls him n***** while Rio tells us about taking Yachty through a day in Flint:

“Told Yachty we might have to run, I got some dope on me
Took him on a high speed in Flint, that shit be fun to me,
Oh yeah, I forgot to tell you it’s a gun on me”

These types of Jetson beats with the little flute and the trampoline bass have become oversaturated and I’m generally bored by them now, but Peso Peso brings this one to life. Framing it with the startlingly glowing Houston skyline makes it feel high stakes from the very start, and though watching someone jump around by themselves on a roof doesn’t sound like it would make a good video either, Peso’s charm shines through. He’s been about the brick moving life since a kid, rapping about stuffing crack in his ceiling at 13 to selling pounds out of penthouses now. It’s hard to put a finger on what exactly makes Peso’s music so captivating, but it feels so casual, like everything he’s saying just slides out without a second thought because he’s too busy working drugs. And we appreciate the Scoot Up gang shoutout when he says “shout out my lil n**** what’s his name, he be scootin up, he be whackin shit,” which has the same energy as Keef warbling “something something something I forgot now.”

When Jay Dee, Dee Sav, and Fivio Foreign dropped their breakout hit “Blixky Inna Box” in 2018, I could have sworn Jay Dee would jump forward as the star of Brooklyn drill. Of course Fivio Foreign’s jacket and malicious stares should have tipped me off that he’d be the one, bar for bar, Jay Dee’s had Fivio in a chokehold from day one. His voice is tinged with aggression and sincerity on either side, giving his raps a sense of profound realism. This track sounds like classic Jay, rapping about the kill or be killed situations he’s found himself in in Brownsville, about losing his little brother/best friend, and needing to feel the protection of having his piece on him. Filmed in the project hallways and brick plazas, this is the real Brooklyn drill.

Sorry sorry sorry, I tried to write a Rap Up without YN Jay, but the man with the most popular flow in America keeps dropping heat. After the Uzi cosign and a million imitator rappers and coochie Twitter jokes, Jay is back to doing what he does best, just arguing with himself over the beat. He says he was trying to see if he still got it, so he beat a fiend up to which he replies all at the same time with “ahhh,” “Damn, why you do him like that Jay,” “Fuck it,” and “alright watch out.” Right after that, Jay’s sending his fiend to beat your fiend up. There’s no stopping this man.

The Spanish guitar riff that serves as the backbone of this song has been stuck in my head all week, and I keep doing the little shoulder dance Smiley’s crew hits at the 1:15 mark when it pops in my head.