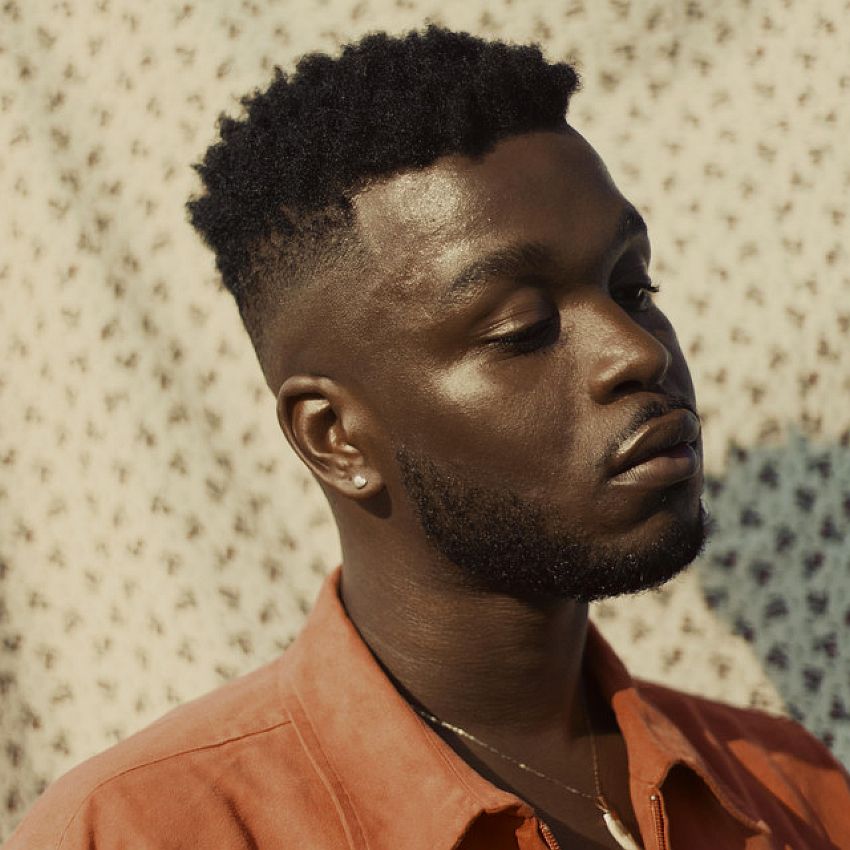 The best new rap music, every single week. Please support Passion of the Weiss by subscribing to our Patreon.

Brandon Callender pulled up to the spot sporting Will Chamberlin waves.

It’s become a bit of a cliche to say that something makes you miss the club, but hear me out — I seriously wish I could hear “Don Dada” blasting from some speakers. Cakes Da Killa’s raps on this song are like a gymnastics routine. Over the pounding bassline and blaring sirens, courtesy of Proper Villains, Cakes sounds as confident as ever as the two effortlessly combine rap and house on this track. The beat feels tailor-made specifically to keep up with Cakes’ dynamic, high-energy flows. “No phonies, no biters and no fakes / Imma blow a kiss at these hoes, fuck a handshake,” he taunts. If this isn’t enough for you, listen to the Honey Dijon & Luke Solomon remix on Bandcamp. I’m not sure when outside will open up again at this point, but I hope that “Don Dada” ends up in someone’s Serato crate.

I feel like Rx Papi is always recording music. In the past 2 weeks, he’s dropped (at least)  two different projects, 3 music videos, and still found time to drop 4 loosies on his YouTube channel. Rx Papi stumbles through the intro of the video to “I Forgot Who I Was,” piecing everything together after a hectic night. He can’t find all the money he came in with, his chains are all over the room, and if that wasn’t enough, he can’t figure out how many Audis he owns. Over the lullaby-like beat, he compares his backwoods to stuffed crust pizza, says he looks better than King Tut, and talks about getting high for a whole month. Lines like “I ain’t vote but I’m smoking Obama Runtz” will have you rewinding to hear it again after you start laughing at it. Rx Papi songs never feel long enough. Maybe that’s why I’m always replaying them.

Sometimes I’ll listen to a rapper and immediately start thinking of what kind of uncle they remind me of. Premo Rice is the uncle that shows up to every family event with a new girlfriend and slides you a $20 bill for keeping up your grades, even if it was nowhere close to report card season. Whenever Premo Rice raps, it feels like he’s trying to have a conversation with you. The Prince George’s County rapper just wants to talk about the women he thinks are fine, buy some silk robes, and put you on game. I’m not sure why he’s walking around this photoshoot with a bonnet on, but I understand. Sometimes you just forget it’s even on your head. “M.M.H.C” is Premo Rice doing what he does best: serenading your aunt with promises of Birkin bags and Fendi slippers. When I’m in my 30s, I hope my uncle levels can match Premo Rice’s.

It’s been 10 months since D-Block Europe dropped their last project, and they made no hesitation in making up for lost time. The Blue Print – Us Vs. Them is: 29 tracks spanning an hour and 31 minutes that features the UK duo shopping for designer clothes, comparing pussy to Michelin star restaurants and them re-assuring us that none of these songs should be confused for love songs. The beats that Young Adz and Dirtbike LB rap over make them feel like two Atlanta rappers that somehow have UK accents.

My favorite cuts off the album so far are “Michelin Star,” “Codeine & Fashion” and the album’s intro, “Destiny.” “Destiny” is the self-celebratory track every rapper needs — Young Adz and Dirtbike LB are getting the chance to look back and see how far they’ve come in 3 years. “Codeine in my veins, it’s a shame, girl I been stuck in my ways / I ain’t sleeping in days, bitches are pain, I don’t think we’re the same,” Dirtbike LB raps over mellowing string plucks. Young Adz comes through with an assist on the hook, crooning “Went halves on a baby / My daughter’s a blessing, destiny.” The Blue Print might seem too long to be your introduction to D-Block Europe, but trust me, it’s worth it.

It feels like Queens is completely detached from the two dueling centers of New York City rap right now — the bulk of the music coming from the borough sounds nothing like the high-pitched wails of Highbridge’s A Boogie or the thunderous bass lines of Brooklyn drill. When FOUR50 starts rapping on “Marino,” he never looks back. “Happy Feet I push that boy to the fuckin edge / Kick in a door, leave it open I use a wedge,” FOUR50 spits over the ominous production. It wouldn’t be right if every borough sounded the same.

I’ve been walking around the house laughing like Young Zukaa ever since I heard this song on Saturday. It’s way too much fun rapping along: “I did a nigga real dirty I said haha / I smacked a nigga in his face I said haha.” I don’t know how long I’ll be able to do this until my mom gets sick of me.

Doja Cat Admits She Played Fans About Showing Boobs If ‘Say So’ Hit No. 1

Brunswick, Night Owls and how grunge is in bloom this year