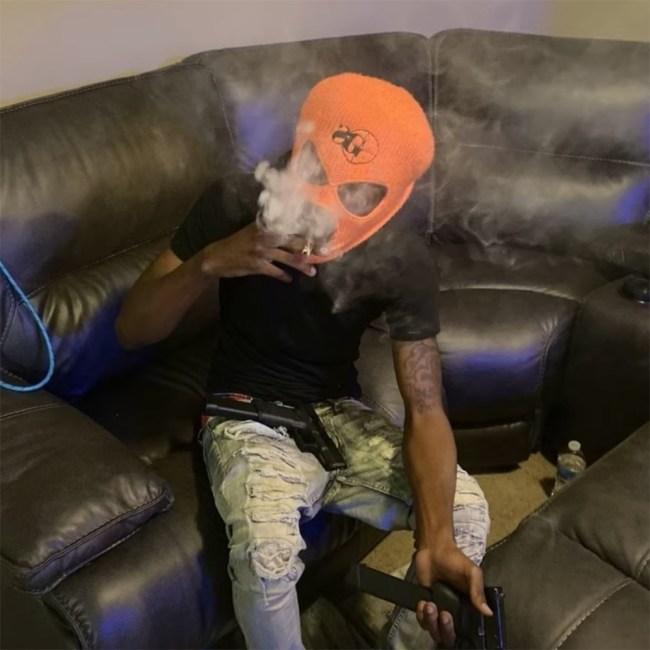 LA keeps spawning new rap crews every day, each better than the next. While the Baby Stone Gorillas are sweeping through the jungles with their blend of minimalist threats and evocative finger-twisting, the BMG crew from the Hoovers is making the prospect of wearing an Astros hat in LA even scarier than before. SwiftChapo’s baritone conjures metaphors from the darkest parts of your brain, and Boca has a similarly devastating voice, but it’s a smidge lighter with the nasally aspect. Their guns are honey buns because they hold 100 rounds and Chapo’s handing out Plan Bs so none of his hookups can post a baby bump. Very good raps.

It has not been fun to witness the splintering of the best rap duo in the game over the past year and a half. Watching IG lives where Kasher and Teejay would punch in bar for bar, each egging the other on to think of something more outlandish was truly one of the highlights of my week whenever I’d tune in. And hearing the fully finished products was even more satisfying. But it was always clear that Kasher was the older brother of the relationship who raised Teejay in the game, and Teejay would even say that himself. So it’s been sad to see how Teejay has done Kasher over the last year since signing his record deal. Kasher has quietly referred to some of the ways Teejay let fame get to his head and how he treated KQ since they blew up in interviews and lives, but it was always subtle references and keeping it respectful, like he really didn’t want to speak badly on his brother no matter what went down.

But Teejay started dissing Kasher for real in snippets recently, so Kasher dropped all pretense on this gruelling shot back. In under a minute-40, Kasher eviscerates Teejay’s sneaky dealings with a cascade of stinging “bum” ad libs, then explains how he gave him 3K when he was sleeping out of motels, how the younger x6 blew through his million dollar deal, and then apologizes for having to say all that. It sounds like the relationship is beyond repair, but stranger things have happened. Fingers crossed the two are able to make up at some point and not end up like RHQ and Thug. If not though, we’ll always have the memories of the two dropping songs every day where they ping-ponged off each other like prime LeBron and Wade.

In one of the more chilling moments I’ve seen in LA rap in quite some time, the whole group here raps 5Much’s verse together, since right before the video started shooting, 5Much got arrested. It’s like those moments in rap videos where the good mix drops out for a second for everyone gathered around for the video to yell one hot line, but for an entire hot verse. Everyone does their thing over this creeping LA beat, but that is a true standout moment that maybe if the BSG crew does ever blow, people will look back on as a defining verse.

Forget the song entirely… this is the best video that’s ever been made. It starts with AK taking a video of himself ordering at Chipotle while wearing a hat on top of his hoodie, then cuts to a loop of a screen recording of him scrolling his own Instagram, swiping through his carousels of money spreads, and videos of him talking about who knows what. As is detailed in a pinned comment, IG deleted his account, so he’s pleading with everyone to follow his new one with this perfect video. Everyone go follow @akbandamont_gba right now. He’s earned it.

Horn Lake, Mississippi’s Inc Jackboy has all the inklings of a star in the making. The melodic Southern lilt in his voice that pops out of headphones, the early Kodak type of self awareness in his raps, the hesitations in his flow that build anticipation, and the swag to match. Plus, his beat selection is out of this world.

Juelz Santana’s Wife Petitions To Free Him From Jail Early