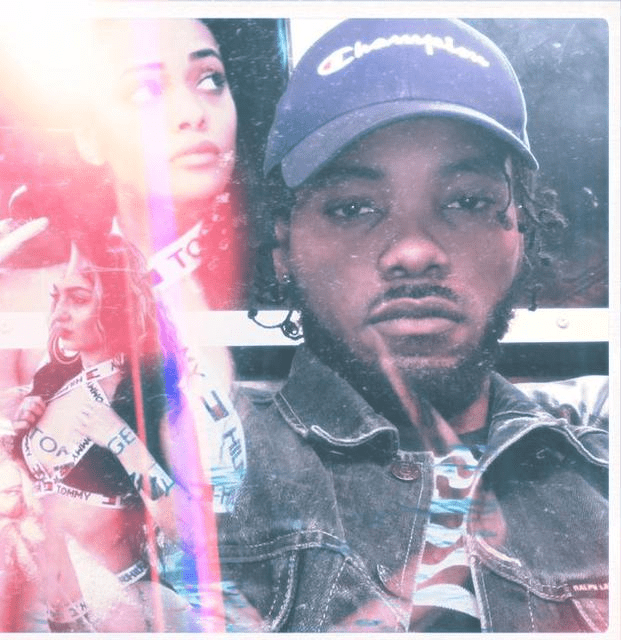 Bringing you the best rap music every week. Please support Passion of the Weiss by subscribing to our Patreon.

Harley Geffner will fake-snatch your chain on the football field.

As Election Day nears, escapism is the name of the game. My way out of the dark, cursed universe this weekend was allowing Trippie to brush back the marsh to reveal a land of sun beams and cotton candy blue skies, where we’re walking around in Burberry slippers on cushy cumulus clouds, sipping a chalice filled with Don P, Julio, or your elegant drink of choice. The hot tub and blunts section is just to the left, and B-roll of sun reflecting off fresh morning dew in the wind-blown grass is right behind. Pegasus, as intimidating as 26 tracks is, rarely feels like it’s dragging on. As the album unfolds, Trippie finds new angles to scythe his way into dramatic melody progressions that grow more theatrical by the track.

The imagery evoked by Pegasus feels very nostalgic. It’s this magical land he’s conjured up for us where you can go to learn to ride a bike again for the first time, where grandma’s lemon tarts sit on the ledge and you can feel the excitement bubbling as you wait for it to congeal to the perfect texture. It feels like a thankful smile creeping onto your face as you think about the shade-bearing tree and slight breeze that allow you to have a 3pm picnic and a humblingly hot day. This is all especially true on the beautiful album bookends with features from Myiah Lynnae. The outro, “Sun God” is what I imagine pure ascension feels like.

The album is a weird moment of hope, almost too good to be true, with Trippie crooning love prayers like “Me and you can do anything, me and you and Hennessy” on “So Stressed,” which starts an excellent two-song run finished off with a moody partynextdoor feature balancing more hopeful Trippie lyrics about watching the stars and going far. “Weeee” is joy incarnate, with a spell-binding hook, and starts another brilliant run on the album that ends with Thug and Future features that melt into each other. With how high-flung Trippie’s crooner melodies are, it would be easy to get knocked off balance, but he tiptoes through his paradise masterfully and unwaveringly. The album includes the best song Trippie’s ever made, TR666, and in the biggest upset of the week, he even got me to enjoy a Rich The Kid feature.

Side note: The lyric videos he uploaded for each track on YouTube are exceptionally done as well, finding a nice middle ground between music video and visualizer, creating a full-throttle album experience, which is feeling more and more rare. He also released a mega version of the album to streaming, doubled in length with every visualizer so you can watch it all on your device. I hope other artists think about following this blueprint.

The EBK boys out of Sacramento are on fire. Joc doesn’t waste a single syllable here, and flows here like he’s got the ghost of this beat chasing him. He’s weaving, ducking, dodging, sliding, and just straight unpredictable with his flow. 1:00 to 2:00 is maybe the best minute of pure rap I’ve heard in at least the last few months (h/t pinkbapestas).

It’s crazy that this is the condensed version of my favorite bars from this tape.

“All I do is rap, don’t hit my phone bout no bird price / I could cook dope but not food you know I burn rice”

“If my hand out collecting I was owed it / Science can’t even figure me out, how his motive / walking through this deep ass water like I was Moses”

“She got a little head so when she suck dick, she make a bird face / I been counting up this money every day in an evil way (*maniacal laugh*)”

“Supercharger on the AR, this bitch chase cars / fire coming out the back part like a race car”

“I had to get some shit aborted, had to kill somebody / I be with real kidnappers we’ll steal somebody / I don’t know how much money I spent, shit a million probly”

“Yeah I know you love your brother, would you die for him? / My n**** stood up in front of a jury and lied for me”

“Thunder… boom… I just hit her on a stormy night it was fog sex / make this bitch squirt on FaceTime it was call sex / hit her from the back, she tried to run, it was jog sex / hit a little bitch, 5 foot, it was small sex / hit her in October by the tree it was fall sex”

Another perfect escapist tape. Our modern Screw master, Dretti Franks, is the antidote to the hysteria of our news cycles and the panic/anxiety of inundation. Listen to this shit and everything will feel alright.

This is an awesome remake of one of my favorite songs of the year, Wack Jumper.

Black Smurf – Invader Side B

This is your periodic reminder that Black Smurf is still putting out music and it sounds fresh as ever. Listen to this one at night.

Download this video, rip your WiFi router out of the wall, cancel your cable subscription (if those still exist) and just watch this on a loop tomorrow night instead of torturing yourself. Peace be with all of you.