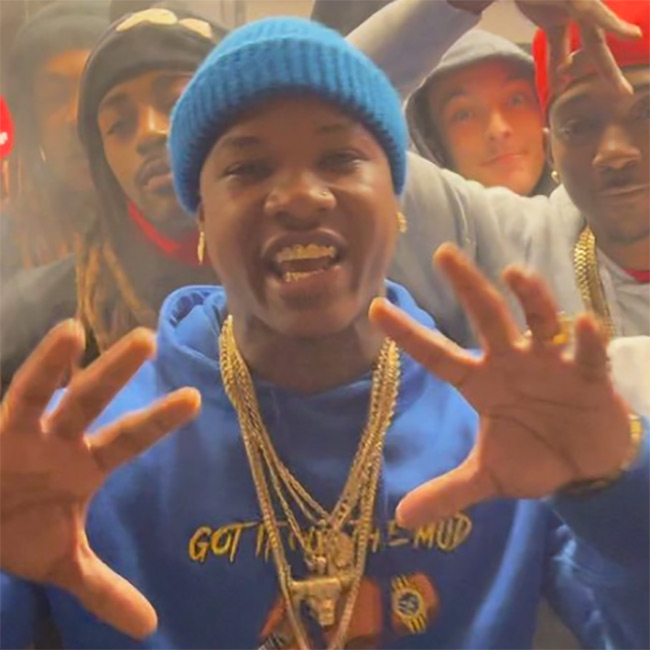 Harley Geffner is almost okay with how quiet it is at The Garden so long as postseason hoops continues to be played there.

Having one LA song of the summer under his belt already, Compton’s Wallie the Sensei is gearing up for this summer by starting off a run with a somber ode to the forefather of the wistful gangster LA R&B rap style, 03 Greedo. 03 Flow has the somber piano, snaps, and deep drops that Greedo made his home, and Wallie really sounds like him here, rap singing earnestly about the hole he’s trying to claw his way out of with a felony, how every move makes him sink deeper, loving his flaws, and how he gets through the rain. It’s tough to watch it without considering the large crater in LA rap that Greedo left behind, but it’s guys like Wallie who give hope that LA is still in good hands.

It’s wild, but almost 30 years into his career, Snoop Dogg can still hang with the best of them. “Gang Signs” is exactly the type of music Snoop should be making – crawling neo-LA funky beats for him to spit his slow raps and show off his charisma with big Cali artists like Mozzy. It’s a cool video, with Snoop tuning the beat on a zap with the hook about keeping it on his lap, Mozzy tying a red bandana around his steering wheel, and everyone riding around in a candy paint lowrider. Snoop lists off his prayers for Kobe, Gigi, Pac, Nip, and Dre, while Mozzy raps about bumping Nip, before Snoop spits one of the simplest but most effective stunt bars of the year: “you smokin’ on Gary Payton, I’m smokin’ with Gary Payton.”

The Hoovers in South Central LA have a pretty popping rap scene right now, much of it spawning over the last year. Jap 5 is one of the best rappers in the area, quick-witted, funny, and occasionally vicious. On “Official,” he teams up with Lil Scotty Pz who has the catchy first verse and hook before Jap jumps in to gas it, calling himself “Hoosane” and shouting out “Story-akovich.”

Rich Homie Quan – “To Be Worried”

RHQ still has one of the bluesiest voices in rap music. His only competition in this regard is probably Kevin Gates, but Quan reminding us what he can do is always fun. With “To Be Worried,” Quan shows off that layered vocal technique while sing-rapping about getting too much money to be worried about anyone else. I really like the way that the video uses snapshots from itself throughout, giving it a feel of a real story being told after the fact through photos.

I love it when rappers let long intros rock – it’s like an introduction to the beat that builds anticipation, especially when it’s done how Boutabag did it here, whispering a subtle echo the first minute of the song before he dives right in and really lets those lines drop. Drakeo’s verse on “Top Rapper” is hard as hell too, poking fun at his case again, rapping “Won’t ever see me with a gun, n**** I’m cappin.”

27 Gone Too Soon: New Documentary on mental health and the music industry