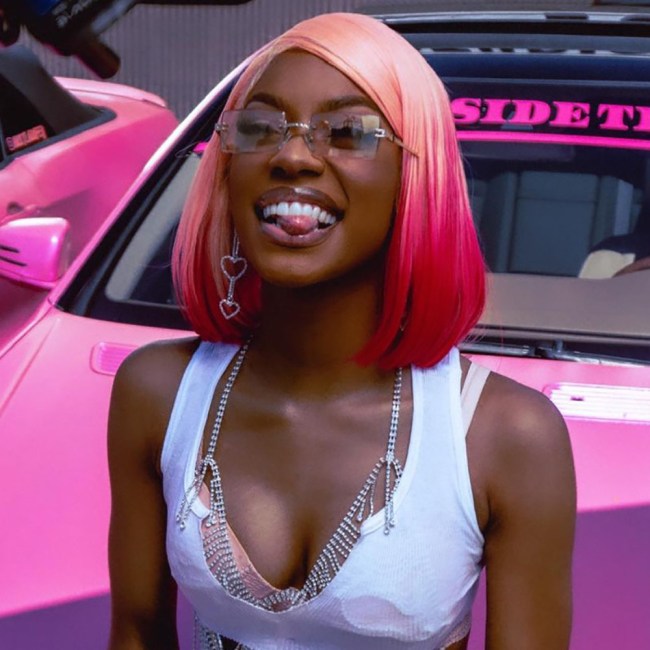 Brandon Callender wants the Hornets to lose already so Miles Bridges can focus on his rap career.

Monaleo – “Beatin Down Yo Block”

As soon as “Beating Down Your Block” starts, you know you’re in for 3 minutes of straight shit-talking. “Young rich bitch, I feel like I got somethin’ to prove/Slap the shit out me a nigga if he actin’ like a fool,” she raps, bursting through the doors. It’s impossible to not immediately visualize her 2 seconds away from backhanding whoever’s killing her vibe. Yungstar’s “Knocking Pictures Off The Wall” is a bit of a cheat code sample, but it’s not unimaginative like a flip “Rain” by SWV or one that’s well past its expiration date, but people insist it’s still fresh, like “Candy.” The Houston rapper’s taking a regional hit that’s close to the city’s heart and bringing it into a new decade. Monaleo raps like she’s been practicing in the mirror everyday to get her confidence up—there’s no line that comes across as cheesy. Even when she’s tossing guys to the side like bean bags, it makes you go, “shit, really?” I don’t believe in crowning a Song of the Summer, but “Beating Down Yo Block” is bound to be someone’s pick.

Lately I’ve been spending a lot of time with Chief Keef’s catalog—mainly Almighty So and Back From the Dead 2-era—in search of enlightenment (and songs for whenever I decide to break out the CDJ again). “Non Stop” makes me think of one of my favorite aspects of Sosa’s production from that time: the paranoia-inducing tempo that makes every beat the soundtrack to a high-speed chase. NoLimit Wet’s not sweating the pace though, it’d probably be easier for him to rap ahead of the beat than rap along with it. “Non Stop” is a 2-minute sprint where NoLimit Wet shows no signs of slowing down.

If Staytrue Dnice took in a deep enough breath, he could spit a whole 32 and still have enough air left to beat on his chest a little. “Another One” puts the Baltimore rapper’s breakneck flow on full display. His sixteenth-note flow rubs up against the beat, but Dnice’s precision keeps him from ever going off beat. It makes me think of Bankroll Fresh on a song like “Grammy’s,” where it seemed like his flow came straight from another planet. “Diamonds cover my heart, I been real from the start/Why I make it this far? I been playin’ my part/Can’t believe what I saw, I won’t speak what I heard/I jumped straight in the street, I ain’t even see the curb,” he raps in a single breath on the hook. It’s a mystery how he manages to stuff all the syllables he does into a bar without it ever sounding slurred or hurried—Dnice makes it sound all too easy.

The best thing about Drake’s pensive “Lemon Pepper Freestyle” is how its inspired people to get on the beat and do it more justice than he did. Allstar JR’s normal flow sits somewhere in between rapping and talking a little bit faster than normal, so the downtempo beat gives his thoughts room to breathe. “Cocomelon on the TV, it’s yay on my dishes/5 bedrooms, my kids can’t play in the kitchen,” he raps over the moody sample. It’s heartbreaking to hear JR talk about the friendships he’s lost over money. 2021’s been filled with freestyles over hits, and Allstar JR has one of the best remixes so far.

About an hour away from Baltimore in Washington D.C., Baby Jamo’s on an unstoppable run. “Fox 5 Gang” will leave your heart racing with its pounding bass and pulsing alarms. “Yeah these niggas on bitch shit/Niggas be screamin, they really ain’t in shit,” he raps. There’s not a second of dead air, every bit of silence is stuffed with adlibs, surrounding you with sound. It’s some of the most claustrophobic music coming out of the DMV right now. Baby Jamo can make any song feel as intense as the bomb defusing scene in a James Bond movie.

R. Kelly Has Another Sex Tape With Underaged Girl (Yes, A Third One)