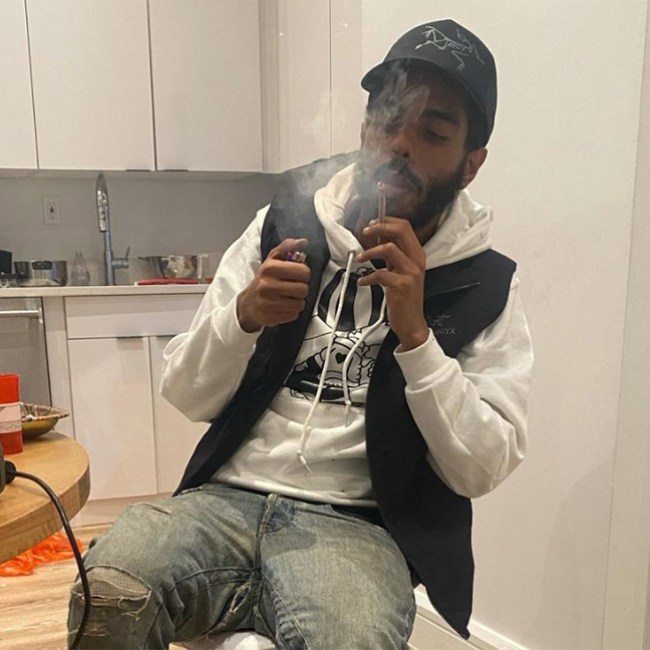 Harley Geffner can forgive those KITH Knicks alternates because they guided his Knicks to the fourth seed.

A run through Papo2oo4 and Subjxct 5’s Winnertime feels like an extended version of the intro scene to the “Straight Outta Compton” movie, where the camera slow pans around a young Dr. Dre lying on a pile of records, eyes closed, vibing to Roy Ayers. Dre and Dilla are the type of company Subjxct 5 keeps with his sample flips and picks, running from jazzy bassline and R&B vibes to subtle G-funk synths with a soft touch under the booming day-in-the-life raps from Papo. You’re drawn into the clouds with Subjxct and Papo settles you back in reality, reminiscing from up high about coming from lunchables and stoops to skirt steak and all the different baddies he’s accrued through the years (silly ones, some who live by the Barclays Center, a Puerto Rican one who says coño).

Surrounded by echoing Daaamn and Swiish ad-libs, Papo’s really earnest on these tracks with the way he lives his life, including snippets of conversation with his girls, or simple but relatable lines about what he orders at the jamaican spot and rolling up before a flight. There’s also the more meaningful discussions about balancing complacency with a new lifestyle now that he’s up with the motivation to make sure everybody eats (or has enough dough to be rolling their own woods). In what can only be described as a testament to building horizontally with your brothers, the 2oo4 crew has been at it for upwards of 5 years now and keeps getting better with every release.

At this point, any young kid doing a close remake of a popular early 2000’s R&B classic is going to get some sort of viral traction. Hailing from Baltimore and usually on the more introspective side of the rap spectrum (seriously listen to the hyperlinked album, he sounds like Baltimore Chester Watson), YTK released “Let It Off” a year ago, but the video came out this week, and it’s the slightly irreverent juxtaposition of a fun-loving 20-year-old waving a bunch of guns around and the tender melodies of Mariah that make these types of interpolations so fun. Angelic shoot-em-up music for the masses.

There’s nobody who embodies the coldness of the streets more than EBK Jaaybo. He raps about the largest stakes imaginable, the moments and decisions between life and death, with the type of empty deadpan that backs up the PTSD raps. Over the sped-up sample of Giveon’s hook on “Chicago Freestyle,” equipped with the snaps of Stockton street rap, Jaaybo recounts the stories that molded his heart to become as hardened as it is. When his mom started praying for Jaaybo after she noticed he wasn’t crying when friends died anymore, when he dropped sports and started digging graves, how the only thing he wanted with his first $1,000 was a gun, and how he’s had his head on a swivel ever since.

On “Helicopter Mission,” Mike says that he hasn’t paid his rent in three months but hasn’t been evicted. I imagine it would be quite difficult to evict someone who has guns large enough to play hockey with and who literally sounds like Bane.

Your monthly reminder that Kasher Quon has continued dropping heat at a torrid pace. Here, he’s making fun of someone for having to pay their tab by washing dishes, rhyming 4 AM with 4 PM, and telling stories about the awkward moment where someone asks him if they know him to which he confidently responds “you know me.”

Leggings Are Not Pants (and other fashion fugly trends)