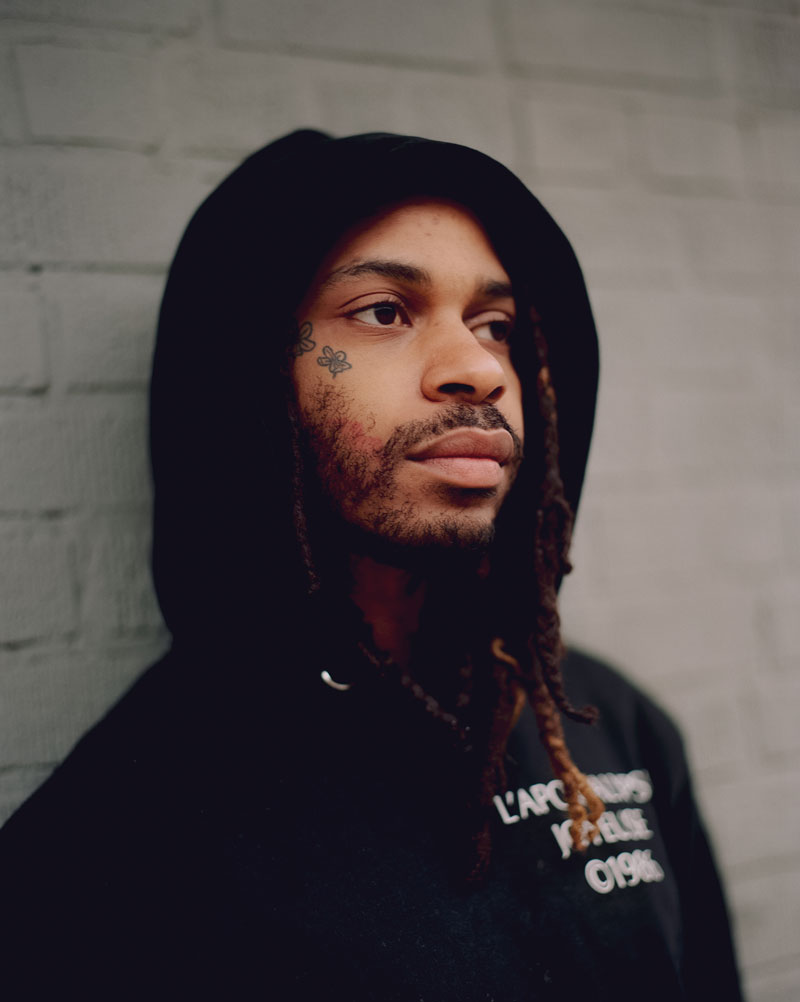 Brandon Callender was considered to interview Prince Harry and Meghan Markle, but Oprah ended up getting the gig.

We’re only a week and a half away from the spring equinox, but I can’t stop listening to music that makes me think of streets coated with black ice and salt-stained boots. On “Friday Night Lights,” YL and Starker drag you right into the aftermath of a New York snowstorm. Their contrasting voices — YL’s calming and smooth, Starker’s aggressive and rugged — give the song two distinct textures, like touching both sides of a wool blanket at the same time. Their slice of life raps try to draw out meaning from every little moment, from dinners on paper plates to hand-to-hands in front of Chase. “Money stashed for the just in case, blunt to the face,” YL raps as the drums crackle like ice under his verse. “The words comin’ from a higher place/Makin’ paper till the final day.” Despite all their descriptions of life in New York, no image sticks with you as much as the short clip of Starker lying down in the snow and staring into space. YL and Starker let the smallest interactions and conversations reveal the New York they know best.

Valee is the only rapper that could hop on a beat that sounds like it came straight out of a 19th century ballroom and make a song that wouldn’t make me groan and instantly close the tab. He knows this is beat is fit for some extra extravagant shit too — just listen to him talk about Chanel gowns and the four-door foreign that “looks best in brown.” When Valee comes up with a new earworm flow, you might as well set your timer when the song finishes. It’s almost fun to guess what rapper is going to lift a flow from one of his songs to use in an eventual minor hit. “I get mouth, like a scoop/I get mouth, cordon bleu/Lauren, Ralph, Polo Blue/Pick your bitch, photobooth,” he raps without taking a breath. His lines softly press up against each other, almost like he’s rapping in cursive. The dreamy, elegant melody leaves you wondering what other situation-type beats could Valee hop on. If by any chance Valee’s reading this, hear me out for a second: A “Sun Ra Arkestra Travelling The Cosmos x Pi’erre Bourne” type beat might actually slide if you do it right.

There isn’t a rapper in New York that can take over a track like Bizzy Banks. He’s a known show stealer. But he’s not just hopping on tracks so he 1-up other rappers, he’s making them bring their A-Game too; they know how he’s coming. Bizzy Banks is the kind of rapper that raps on every single song they’re on, no matter how boring the song actually is. “Extorted” is the bread-and-butter kind of song that should be in every BK drill artist’s arsenal. You don’t even realize Kha Structure’s verse is actually the hook until it comes back around at the end — not many NY drill rappers could pull off a pump fake like that. It gives Bizzy Banks just enough space to steal the spotlight. “She said play me some shit she could twerk to, so I turned on some Kha Structure,” Bizzy says before turning on a dime to spit the next searing couplet: “Been gettin money, I’m a big toucher/Why you mad about your bitch when I been fucked her?” Every song Bizzy gets on gets taken to a new level.

If I made a list of rappers whose beat folders I wanted to dig through, Wiardon would be somewhere near the top. I could listen to the dreamy loops he raps over all day. “Stay Down” sounds like it was plucked straight from the Chrono Trigger soundtrack. The Austin, Texas rapper carves out a deep groove in the beat, you can clearly imagine him nodding his head with his eyes closed while he gets in the zone. “Bro just hit me ‘bout some drank, know I’m in love with that lean,” he says with a shrug. “Same color that I’m sippin on yo’ head with a beam.” There isn’t a rapper who could match Wiardon’s ear for soothing loops.

If you’ve spent any amount of time on TikTok the last few weeks, you know how hard its been to go 5 scrolls without watching someone start cooking up the meanest Dougie you’ve ever seen. While the Dougie originated in Dallas, it’s impossible to deny the impact of Cali Swag District’s “Teach Me How to Dougie.” As soon as you hear those drums start knocking, you know what time it is. “Batman” isn’t a cheap reheat of a classic though — you won’t be tempted to switch to the original song when LPB Poody comes in. “No, I can’t be your Batman, ‘cause I be robbin’,” he raps over the swaying drums. It’s a “Duh”-level punchline, but he delivers the line with a smirk that’ll make you believe—even if only for a second—that it’s the cleverest line on the planet.