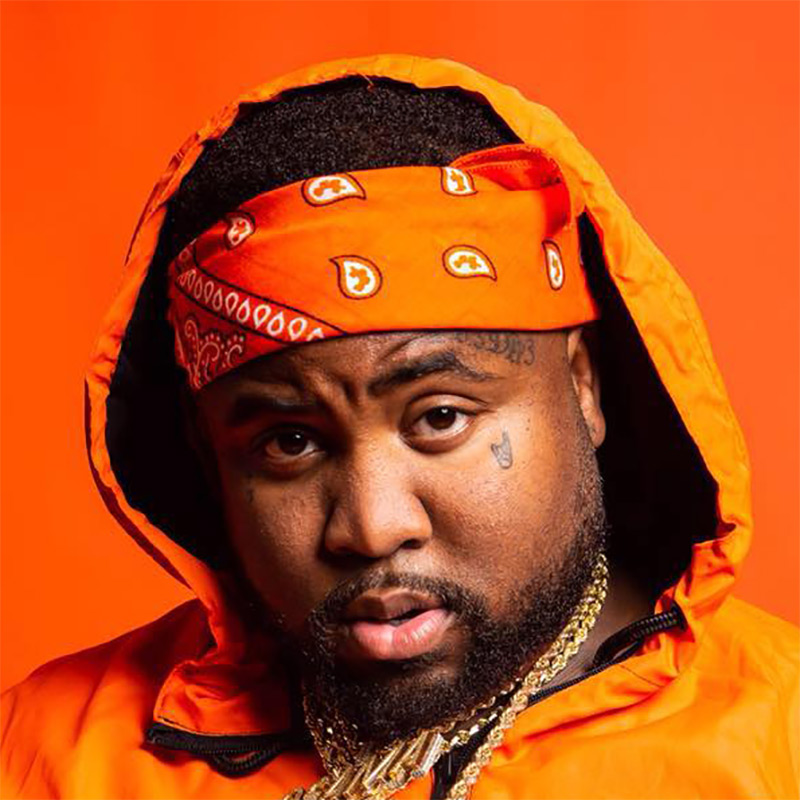 Our talented staff of music writers strive to bring you the best new music by tirelesslessy fighting algorithms and streaming services’ suggestions. Support real, independent rap journalism by subscribing to Passion of the Weiss on Patreon.

Mano Sundaresan listened to this week’s Rap-Up selections while watching The Sopranos with the sound off.

To listen to a posthumous release is to experience what could’ve been, but also what is. Because unlike life, music has no endpoint. It stubbornly persists, bringing out new possibilities, new moments of wonder and joy and what-ifs, all with the history of itself and its makers wrapped into its folds.

You don’t need the whole story to feel for Mo3 and his community in Dallas. One of the city’s most promising young rappers, he was killed in a shooting late last year. He was a talented artist, but to his people back home, he was a friend, mentor and hero. For the lead single off his posthumous album Shottaz 4 Eva, Mo3 joins OG Bobby Billions on a remix of Billions’ stirring 2020 record “Outside.” Bobby Billions is also from Dallas, and he originally released “Outside” in the early days of the pandemic as part of an album he recorded with a choir called Holy Goat. It’s like if someone built out “War Baby” by Roddy Ricch into a whole collection of songs.

The difference is that while Roddy still sounds like a rapper on that song, Mo3 and OG Bobby Billions are basically gospel singers on the “Outside” remix. Mo3 pushes his voice, tilting his head to the sky and trying to reconcile the church with the street: “’No weapon formed against me shall prosper, yeah / Gotta know I’m clutchin’ on this choppa, yeah.” Singing low and slow, Bobby Billions sounds broken and feels cursed: people around him are dying, and he turns to God for help but realizes he might not have all the answers. The choir punches through like thunder with powerful ad libs: “I cleaned his blood off my Jesus piece,” goes one line. It’s a song about the religion they were raised on and have had to grapple with in the face of loss, and it’s a gut punch in light of Mo3’s passing.

Is this…the Valee album? Seeing that it’s not attributed to him but to the producer–longtime collaborator and engineer AYOCHILLMANN–I’m guessing not, but still, 19 minutes of Valee verses is like a feature length film in his world. The title suggests this is supposed to sound like elevator music, but really it feels more like Sunday morning and a blunt, an orange sun and a spring breeze. The beats are barely-there, the raps some of Valee’s most relaxed. More than any other record he’s put out, this captures the appeal of Valee the breezy, carefree rapper. Across these 11 tracks, he does what he does best: talk about simple pleasures and lavish luxuries in the most interesting ways, expand his–and your favorite rapper’s–arsenal of flows, and cast a spell on you, creating that blissful illusion that it’s all effortless.

Music moves in cycles, and if the rise of Pooh Shiesty and The New 1017 is any indication, the classic, booming wave of trap that turned Gucci Mane and Zaytoven into legends is making a comeback. Synthetic brass sections, piercing risers, sneakily dense raps–give me all of it. “SoIcyBoyz 3” is the perfect encapsulation of this because it has one foot in a bygone era and another in the future. Over a beat that could’ve come out a decade ago, Gucci raps a sleek, triplet-heavy verse, before passing the baton to Foogiano for the chorus, then stellar turns from Big Scarr and Pooh Shiesty. It’s a mission statement of a song from one of the most exciting young labels in rap music.

With 7981 Kal and G Fredo behind bars, the rising collective Shooterz Musick has crept closer to the center of the Boston drill scene. Their whole roster puts out good music. Try Mulah Mitch’s “Sidestreet,” which, apologies to the POW listmaking crew, was one of the best rap songs of 2020. Sidestreet Capo is another promising rapper from the group. “Renegade,” his first release of 2021, is nominally standard drill fare, but Capo finds all the right spots in the beat and hits a stride in his second verse.

SoundCloud archaeologists often make sweeping generalizations like “Scenes last for three years before dying” and “SoundCloud peaked in 2016” and artists like P2THEGOLDMASK prove that all of that is bullshit. The problem with this language is it ignores that artists grow past their scenes, and that the things that made them special don’t just go away–they manifest in new ways. P2 is an enigma. Born in Germany, he later relocated to San Antonio, where he cut his teeth making pioneering cloud rap records in the early 2010s before pivoting every which way like Tim Duncan in the post. There were the grimy phonk experiments with Chris Travis and Bones. The emo with Lil Peep. There was the Plugg music. All of it’s soulful, but none of it was soul–until now. To my ears, P2’s latest album Youtopia is an indie funk/soul record in the vein of Toro Y Moi or current Tyler, The Creator, and it’s one of the best things he’s ever made. Half-rapping, half-singing in a buttery warble, P2 weaves poignant odes to women, to the experience of love, to the people and places he remembers from Marbach, and to a genre and history he’s clearly obsessed with. Don’t count out your heroes of yesteryear; they might be making the music they always wanted to make.

Chuck D Recalls The Time S1W Performed In His Place

“When You’re a Real Artist, You Can’t Draw the Line Between Your Life and Music:” An Interview with YS