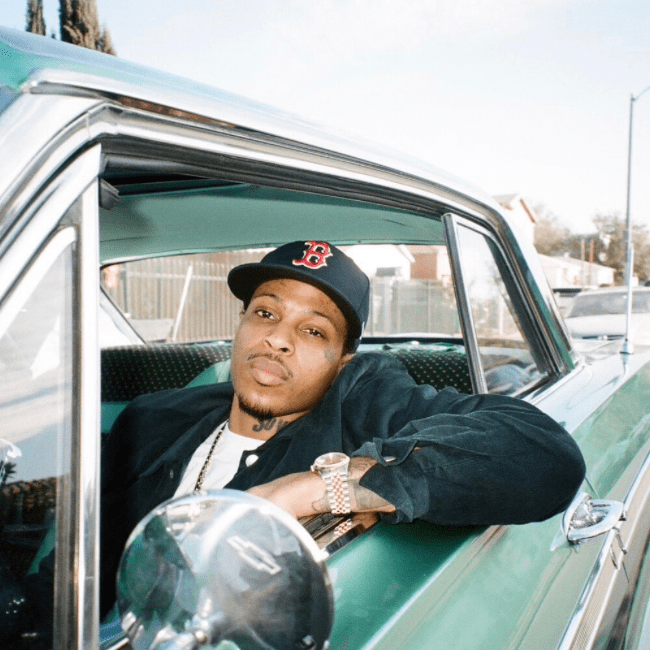 Please support the site bringing you the best new rap music every single Monday by subscribing to Passion of the Weiss on Patreon.

G Perico – “Welcome to the Land”

Like many modern rap albums, G Perico’s Welcome to the Land is about how he moves in his city, the trust issues stemming from betrayal, and paranoia surrounding his and his friends’ street activities. But what sets the tape apart is the details. Most rappers will hammer home riding around in a Benz or rap about not being able to trust anyone without getting much deeper than that, but Perico tells the day to day stories that feel lived in and exemplify those feelings. He’s not just riding in a Benz, he’s putting on a Sunday night show full of all the neighborhood’s trucks and bikes.

The album sounds like intimate conversations Perico would be having with friends, or a convo where he’s the resident old head and putting young kids from his block on game, like when he explains that he keeps his sleeves rolled up so nobody has to wonder if he’s got a ready-to-use burner. The in-between moments he raps about really give it that lived in feeling though, with simple shit like when a homie calls him to ask “yo G what you on?”

G is a natural born storyteller, and the ability shines on every song he touches, especially over the creeping neo-G-Funk keys. He calls it some heavy shit to have to be nervous about serving someone, unaware if they’re the enemy or the homie, as he’s got experience with his friends wearing wires. When he sings about hoping he’s not on the block when it gets raided (it’s coming any day now, he says), you believe him, as he detailed in this piece from the LAnd magazine how his brick and mortar clothing shop got raided by police multiple times hoping to find something illegitimate.

“Welcome Home,” is a celebratory track about a friend who just got home from a long sentence after he held it down without snitching, as G raps “Salute to the real / I ain’t gon’ let you go unnoticed ‘cuz I know how that shit feel / it’s like the rules don’t apply no more, and there ain’t really many of our kind no more.” He even takes us right to the first day out party, and of course, he’s just in time because they’ve got a million-dollar plan in the works.

There’s a short skit to end a song where a dead friend is trying to yell from the grave at his killer, who’s at the funeral, hugging moms and pretending it’s a tragedy. Then there are the lighter moments, where Perico rides slowly through the intersection to put on a show for the ladies in his red Regal, chats about growth with his girl, or when he’s having fun pressing people about where they’re from. This is G’s third tape release of 2021 (I covered another one of those here), and it’s probably his best project to date.

MCM Raymond – Love Me Yet

MCM Raymond, hailing from Inglewood, makes chilled out L.A. luxury raps, where everything comes easy to him and the decision making processes are boiled down to “yeah prolly.” Where he’s the only dude in a Sprinter van full of baddies, and he might just break off Sally if it weren’t for her little attitude, which he says with a drawled out lisp so it comes off as “attithude.”

A member of the 8PETOWN crew, Raymond’s new tape, Love Me Yet is a nice distillation of the current crop of smooth R&B superstars coming out of the city. It’s in line with the BLXST & Bino Rideaux style, but there’s also the smashing bangs, snaps, and sharp barbs of the LA minimalists like AzChike, mostly courtesy of his partner KINGSMOSTWANTED, who was just profiled on POW by the venerable Will Schube last week. Raymond walks the path that Greedo laid out for the new cats with the shiny red-tinted autotune, but takes vocal tics from all over, including a moment playing on TruCarr’s West Coast hit “Outside,” pulling out and repeating the ahh, ahhhh sounds that every banger in LA felt in their souls last year.

“8K Slide” starts with the feeling that it’s going to be a shit talking minimalist heater and evolves quickly into a slick dance number that’s apparently a tik tok hit. Synth slides hold down the fort for the majority of the album, and Raymond finds a home in them, twirling through and around with his velvety voice. There are standout features from Coi Leray, where she’s blitzing dudes in her Off White cleats, and Bino Rideaux himself, whose voice sounds like it’s stripped and extended from the lower register of Raymond’s. The combo is powerful as the tape is smooth.

I’m not sure what it is about these slightly muted vocals, but they do something to me. It’s like when raps songs have that echo at the end that sends chills down your spine, but for a whole song. There is an expectation that a fully formed voice will knock in at some point, but it just holds you in this purgatorial state the whole time. The first listen was weird, and all subsequent listens, somehow relaxing.

A Lau uses that wobbly bass a little differently than the rest of the producers making Brooklyn Drill type beats. It’s similar to the vocals in the Kai Bandz songs, like it sounds slightly muted in a way that opens more space for the rapper to shine, and keeps the songs feeling more balanced. Rocko Ballin takes full advantage here, sliding all over with his glossy autotune. And anyways, there’s nothing better than videos where dudes are holding each other back from the middle of a dance circle and excitedly repeating a line.

Here’s some good Columbus, Ohio rap, recommendation of former chairman of the Rap-Up board Mano Sundaresan. These types of ominous piano beats can get boring or repetitive after hearing so many of them, but 9ina breathes fire into this one. Her hesitation flow and the way she’s stomping around the party in the video really bring it to life.

Here’s a nice catchy Nor Cal tune, but I’m really including it here for the hilarious intro and closer to the video, where a police officer is trying to shut down the video shoot because the “community is worried they’re dealing drugs” and asking who “the leader” is. Sidenote that the schoolyard bells heard in most of these Sacramento-area rap beats are so good.

Summer Walker’s ‘Over It’ Certfied Platinum