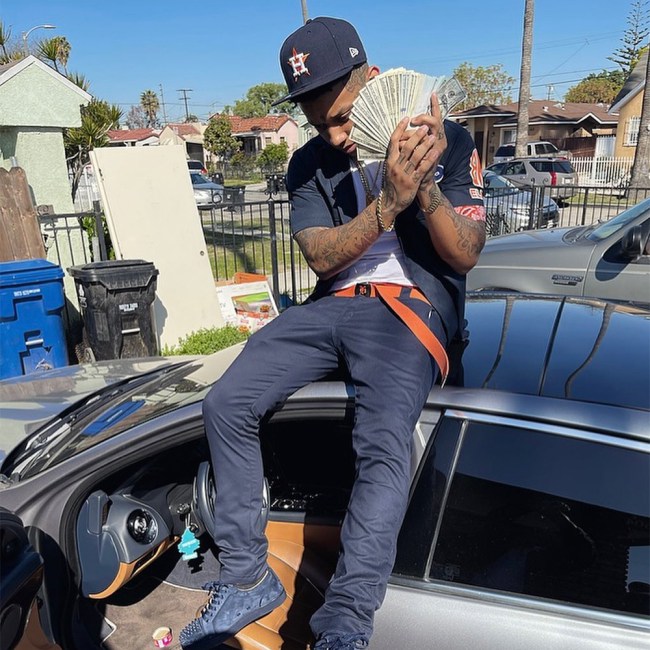 Harley Geffner is obsessive – he might fuck around and rank every Kasher Quon song in a calendar year.

Part of the fun of being a fan of nolanberollin is the gamified aspect of finding his music. His tape grex was uploaded to an empty soundcloud account with 7 followers, named “y” before appearing in full 15 minute form yesterday on an account named “🦎 sεηzυвεαηмαηε 🐊” that claims to be from DARKANSAS☠️. He likely has upwards of 50 accounts with more pseudonyms than anyone can keep track of, and they’re all either serving heat, deleted, or hold precious historical archives.

grex is straight from the nolan school of scattered, racing thoughts, packaged with mind-bending warps, but it’s not as chaotically spliced or fully digitized to the point of sounding like a coder’s internal dialogue with his software. It’s more downtempo, like the thoughts of a retired IT guy who still runs some lowkey scams watching life kick his ass through an out-of-body lens, with gravelly, monotone bars like “license restricted, my bro just got evicted” or “please do not try me I smoke poison ivy.”

This LA re-work of Feelin’ Myself by the BMG boys is masterful. “I’m on Fig and I’m feelin’ myself” is already in my personal hall of fame of bars that will pop up on me at random times, and their voices all slide into the beat so nicely. A lot of these Hoover rappers are really on to something right now, and their (fairly disjointed) scene feels like it’s on the precipice of drawing eyes outside of LA. It’s just harder to follow than a lot of local scenes because there are so many Hoover sets and their stuff is more scattered than it is chronicled neatly into a few YouTube accounts. But the momentum for a lot of these guys is real in the city, at least in terms of what I’m seeing from LA hood media and street news IG accounts.

Behold, the influence of Nipsey, courtesy of West LA. The snarling eye contact, the decisive movements, the day in the life imagery with kids on bikes and handshakes, and even the squeak in his voice – it all contributes to this feeling that YeloHill is speaking straight from the heart with this one. He even describes his own music in the song as “you-can-feel-it-up-in-your-soul-shit.” The outro is so well done too with YeloHill chanting the “pray the lord my soul to keep” prayer while re-hashing the hook.

There’s 10 people on this minute and 50 second song, and I’m surprised that this doesn’t happen more often with how short everyone’s attention spans are. Everyone contributes solid 4-bars but the highlight goes to StanWill with “Feel like Pooh Sheisty in the club, they ain’t pat me down.”

This is basically drum n bass with an ambient rap twist, but it deserves space here. Someone in the comments said it sounds like it should be in an adult swim ad, and the visual on that sounds incredible. Could see different reels of cartoon animation, skater shit, demented meme slideshows, or DJ night recaps over this.

ATL Smook deserves a permanent spot in every future Rap Up to honor Lucas. Swag.