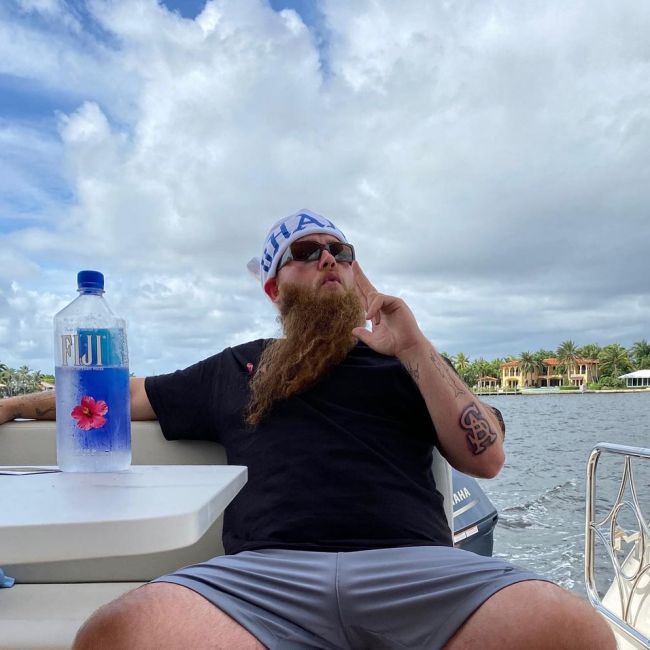 Brandon Callender drove through the state of Maryland and pumped caffeine through his veins at 4:00am to bring you this week’s best new music.

A few months back, a friend sent me Crimeapple’s “Gambler’s Fallacy,” a song that teeters the line between an impassioned rant and a horny daydream. “For my next record, I’d like to read a tweet that just tickled me pink,” he opens the song, “The tweet reads: ‘The least believable narrative in hip-hop is that Crimeapple is pulling chicks like that.’” After a quick laugh, the Hackensack, New Jersey rapper takes to the mic to dismiss any notion that he doesn’t have game with a well-needed update of “Girls, Girls, Girls,” bringing in his own self-deprecating sense of humor and leaving behind the song’s terribly aged bars about women from around the world. It’s the best possible introduction to a rapper like Crimeapple, who can be as warm and affable as a drinking buddy in one line, and holding a razor blade against your neck in the very next.

YDFWC? 2, his latest project, is set on maintaining that balance. At any given moment, you’ll catch him bragging about moving to a spot where his only neighbors are caribou or expressing how disappointed he is that some plugs haven’t quite yet mastered customer service. The smoky Brown13-produced “Ginko Biloba” features some of the tape’s most agile rapping as he hurdles over the sparkly piano vamps and buzzing horns. On “Promethium,” he meets his absurdist match in Charlotte’s Lord Jah-Monte Ogbon, rapping about making 20 bands in his pajamas and running on the treadmill for two hours. The “prove yourself” energy from YDFWC? still lingers on its sequel—the run of “Ginko Biloba” to “MDE2NWK,” where he raps about being disappointed by other rappers and finally making it captures this feeling the most—but it doesn’t keep him from the lighthearted and outlandish humor he’s known for for too long.

Spend enough time subscribed to WOODHULL AVE and eventually you’ll be holding your head in your hands, asking a Higher Power of your choice: Who told them that they should sample this? But when you hear Shawny Bin Laden get one of his trusted producers to throw some drill drum patterns on top of “Bonnie & Shyne” or the Legend of Zelda OST cuts there isn’t much they can do to help you. It’s all worth it when they come with a song like Big Yaya and Big Baby’s “Dreaming of You.” Over the buttery sample, Big Yaya slips into the same sleepy, rosy-eyed flow from last year’s stand out loosie “#FAiTH.” “This rap shit, I gotta take it to the top/I can make it anywhere, I made it off the block,” Yaya raps. The YTB crew rarely gets this sentimental, but it always results in some of their best music.

A$AP Ant and LordFubu have the kind of chemistry any rapper-producer duo would kill for. Together, they’ve created a brand of hazy and luxurious, punched in lifestyle raps that’ve made him the most interesting member of A$AP Mob. Over a beat that sounds like it was ripped from Metroid Prime, Ant and Baby 9eno’s raps on “Futuristic Diamonds” feel otherworldly. “Walk in the room and my diamonds gon’ splash/Cut off the lights ‘cause I don’t need a flash,” 9eno raps under his breath. Ant and 9eno are constantly switching off, trying to one-up the other with an unbeatable flex. They make shopping sound exhausting.

Harvey_dug’s nostalgia-tinged raps work through the tangled knots of grief in search of enlightenment. The romantic, twinkling keys and sweeping strings of “labor” make me want to lie in bed and get lost in my own head. “Get me out this mental hell, I’m feeling like a carcass in my former self/Working like I’m on a belt, a cog in a machine that melts,” he raps. Even with its moments of heaviness, “labor” remains featherlight as he raps about self-improvement and his grandmother watching over him. It’s the kind of sigh of relief everyone needs once in a while.

DaeMoney might sound like he’s seconds away from falling asleep, but his eye for detail lets you know that he’s always certain of what’s going on. The barrelling forward momentum of “RIP Tech,” a standout from his latest mixtape Rockstar Lifestyle, turns his normally deep-cutting disses into quick lashes delivered back to back. “I ain’t really trippin on the Act, RIP Tech/High school, all I wanted was a big sack/Leave a nigga hurt, he can’t get his bitch back,” he says in a sing-songy tone, as if he were reciting a menacing nursery rhyme. You can hear the smirk behind all of DaeMoney’s grim punchlines.

“This is Creativity”: A Conversation with DJ Muggs