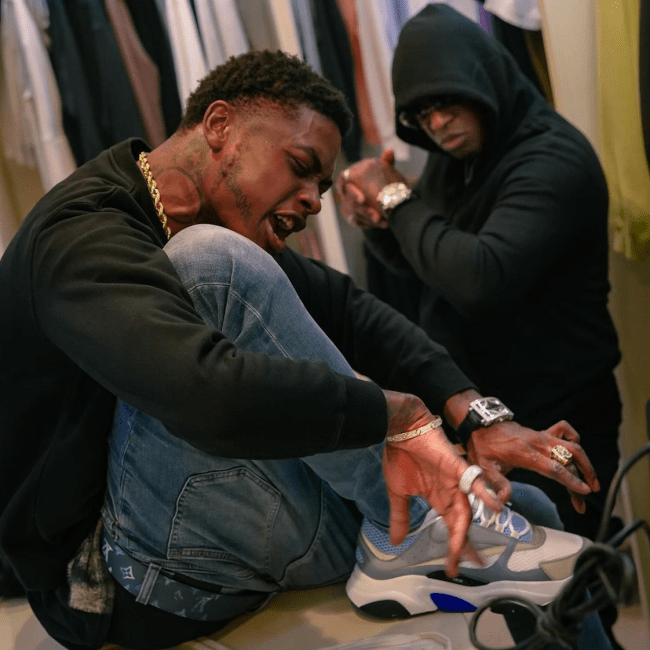 EBK Young Joc has always had this perfect alchemy of subdued aggression, where his raps are drenched in a layer of numbness. It’s hard to pinpoint exactly what it is he’s getting better at, but it feels like he’s just settling further into the pockets he finds and tapping deeper into his subconscious, where it often feels like his lines are coming from. I’m not sure if he writes his bars, but they seem to drip out of his mouth so naturally like he’s sleep-talking them. And those lines where he teeters back and forth over a specific syllabic sound create this incredible boomeranging effect, like when he raps bars like “say you can’t get touched, I get you touched boy we the touch clan.”

When Jack Ellis introduced me to Reese Youngn, he described him as having an intense approach to melody. Reese’s voice sounds like it’s both from Baton Rouge and Jupiter at the same time, but he’s actually from Pittsburg. As Birdman’s newest prodigy (and yes Birdman hovers behind him in almost every video), he is, by my books, the first rapper to expand on the post-Kevin Gates bluesy sound in a meaningful way. I thought Rod Wave had it, and his music is still great, but he was a false prophet in terms of actually elevating that sound to something entirely new. Once you catch the bug for Reese’s voice, it’s hard to listen to anything else. Nothing feels quite as dramatic.

“Long Live” is one of the best and most heartfelt RIP songs of the year. San Diego’s TC4 struggles with his mental after losing his close friend JR, rapping about going through deep depression and almost quitting music, squabbling with his demons, tatting his name so JR is always with him, and ultimately, all the things he misses about his friend. “All them cold nights, when we had them long talks / man just bring my boy back, let me see him hit his walk / I’ll be right here waitin’ for you, you know we on them same blocks / Long Live Jay Rollin, you know I’ll see you at the top.” Side note that TC4’s new tape FAME is hard, introspective, and a good intro to San Diego rap.

Adamn Killa has been holding his fans hostage for almost 2 years with this song. There was some drama around it with him not paying the producer and he was cancelled by producer Twitter for a period, so he switched out the original beat for something that sounds fairly similar. But the wait was worth it, because both Adamn and Uzi dog this tropical pop-leaning beat with Adamn’s catchy and raspy hook, and Uzi’s classical training in weirdness, rapping “this is not the hokey pokey, my glock it got pokeys.” The two fit really nicely on this and although the drop was both super delayed and also abrupt, I hope it catches on and has a nice early summer run.

Summer time LA pop rap is back baby! This one is not even that good, but should still be on every pool party playlist. Hair in the breeze and California dream bars? Yeah, WE OUTSIDE!