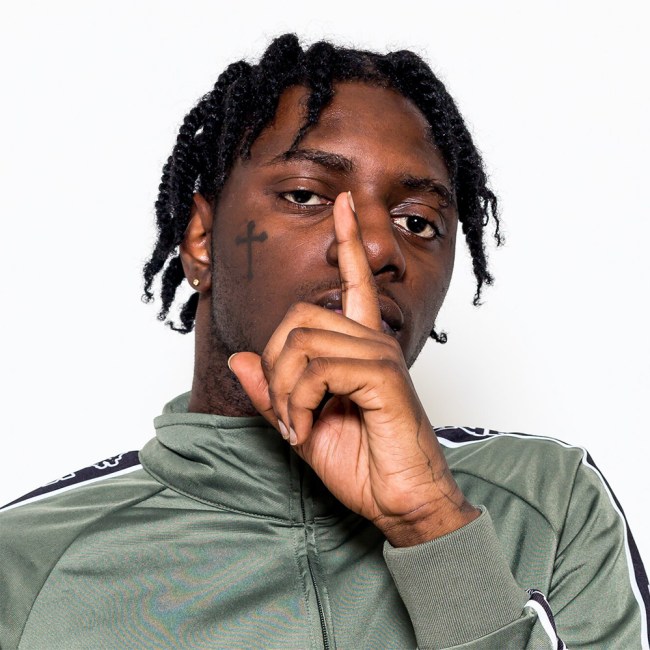 No region loves the sound of sinister piano loops and ominous melodies swirling together more than the DMV. Who can blame them? It’s the perfect accompaniment to their punched-in horrorcore raps. But over the course of a full tape, it starts to wear on you. It’s why I’ve mainly been listening to Lil Gray and Tae Dawg, who are some of the most omnivorous rappers working today. On U Hear Me?, Sparkheem’s second album, the always in-demand producer pushes everyone out of their comfort zone, even if it’s just a slight course correction.

U Hear Me?’s tracklist is filled with familiar faces like Goonew, Lil Dude, Tae Dawg, Lil Gray and A$AP Ant—even Slimesito makes an appearance all the way from Clayton County. On early standout “Dragonball,” Goonew, Lil Dude and Lil Gray toss the mic back and forth over a smoky Beyonce flip. Kayvo’s two-parter, “C4/Wraith,” is a quick return to the anxiety-inducing beats DMV rappers favor with its droning sirens and a hair-raising piano loop that drops in and out. Rising artists Joony and TFR Natu make welcome appearances as well with the two crooners rounding out the range of rapping styles represented on the tape. At times, it can seem as if Sparkheem’s creatively restrained by the people he works with, but on U Hear Me? he’s getting the chance to pop out for a little and show more of what he can do.

Love when sweet, innocent songs get turned into great street rap. EBK Jaaybo out of Stockton, CA does this as well as anyone out (shouts to Shawny and all Woodhull ave dudes too of course), and here, he flips one of those songs that is just inherently sentimental-feeling. I first heard this song on Tik Tok when people were using it to romanticize getting coffee and going grocery shopping, and somehow it worked? But Jaaybo chooses the right type of song to make over it – one where he’s getting sentimental over the life he lives. He’s questioning the powers above and asking why he’s still alive, making promises to his little bros if they stay in school, and talking about how his feelings get the best of him sometimes.

One YouTube commenter said s/he knew by 4 bars in that this was going to be a banger – but it’s really obvious from the first two when DaBoii catches you off-guard with that quick follow-up to “this that gangsta shit.” You know it’s the title of the song and you expect it to marinate for a second, but nope, he hops right back in almost overlapping the first bar with “Feds gon’ grab you up but you play dumb, don’t you be sayin’ shit.”

Not much to say about this but that it’s a good “No Scrubs” flip and works really well with Sleepy’s style.

I’m not a religious guy, but if I were to pray to any gods, it would be to the Floridian DJs of Soundcloud. There is a growing base of scholarship right now coalescing around the conclusion that literally every song sounds better sped up.

Tiny Explains What Makes Her Love For T.I. "Abnormal"

MF DOOM and Flying Lotus Team Up for “Lunch Break”