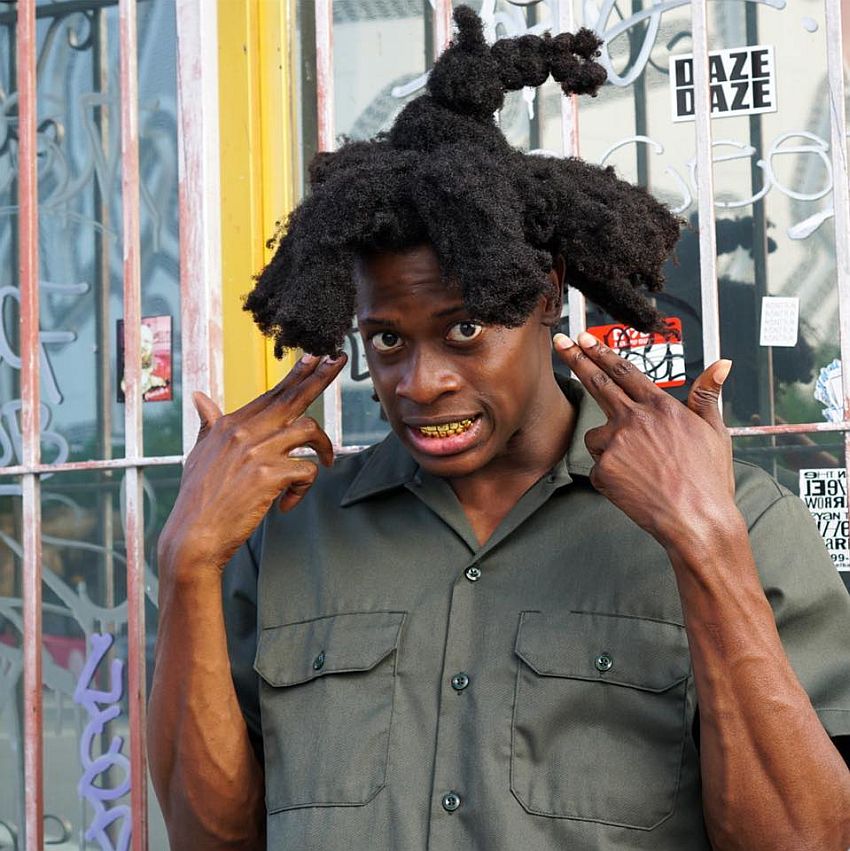 Bringing you the best new hip-hop music every week without fail. Please support Passion of the Weiss by subscribing to our Patreon.

I rarely make a conscious decision to dive into a region’s rap scene, but this week, my YouTube recommendations and TikTok For You Page entered a joint agreement which brought me straight to Louisiana. I’ve spent the majority of the week bouncing between clips of people cooking way too much food in preparation for an eventual Saints playoff L and the channels of regional directors. It’s never disappointing though; there’s always someone new to listen to.

Baton Rouge’s Kell Honcho raps like he’s constantly looking over his shoulder. “I got a gravedigging addiction, knowing that karma comin,” he raps over the sparse keys. The barebones production leaves you to focus on everything Kell has to say. A song like this normally lends itself to becoming a storytelling session, but it never becomes that. He never spends much time on any single thought, he’ll cut himself off before he explains any further. Aside from a line in the hook  (“My partner snaked me for money, that shit was crazy,”) Kell doesn’t make much of it. He prefers to rap with smaller, poignant images to give you a peek into his life. These pain-stricken stories will always be a large part of Baton Rouge’s rap DNA.

Trapland Pat’s widened eyes and creepy smile in the thumbnail might be the reason why you decide to click play on this song (It definitely was for me), but you’ll quickly realize that his gimmicky thumbnails might be downplaying his rapping. Pat’s jittery flow on the hook has him fitting as many syllables as he can in a beat. “Dope sold, money fold, then I gotta go / Ain’t no refunds call back you better need more,” he spits. “You ain’t my speed though, really just a freak ho / Tell me pull my camera out, she talkin’ bout a freak show.” But when his verse comes in, he slows himself down, keeping his place in the pocket. “Big Business” is an effortless display of skill from the South Florida rapper. Trapland Pat manages to keep you strapped in the whole time, even when he’s rapping over a beat that sounds like it was made with a broken piano.

Usually, Honeykomb Brazy raps in slow motion. It’s like watching Tim Duncan play in the post — they’re both all about the fundamentals. There’s nothing flashy to see. You could pick apart the Alabama rapper’s verbal gymnastics word by word and still be unable to do what he does.  On the Tay Keith-produced “Luka Brazy,” he turns the heat up for once, with some dramatic strings and rattling snare taps setting the stage. “You was doin’ fine, I was doin’ time huggin’ on the fence,” he raps at a tongue-twisting speed. It’s wild to think that someone who talks as much shit as Honeykomb Brazy doesn’t spend more time on these high-energy beats, packing as many disses as he can in a few minutes. Hopefully he gives us a few more of these.

Life is constantly pressing its weight on Yungeen Ace and Lil Wody. Yungeen Ace’s hooks are more than earworms, its they’re close to blending into the verses themselves. “Streets raised me a menace, so them niggas come and get me / Lord knows I be sinning,” he exhales. Punctuating his lines with “Oh Lord,” Ace sounds more worried than ever while painting vivid images of life in the streets. With every line, the intensity increases with no moments of rest in sight. “I been poppin’ percs, I’m tryna ease my pain / I been buying diamonds every day I made it out the rain,” Lil Wody spits. There’s so much generic pain music being made now because it’s a winning formula — but Yungeen Ace’s music never feels that way. When Ace starts wailing on tracks, you can almost picture him hunched over, scribbling lines into a notebook.

It’s safe to say that CEO Trayle’s quickly become one of my favorite new rappers due to a combination of his ear for beats (see:  “Demons”), his sense of humor (see: “OK Cool” and “Alter Ego”) and his nimble flows (see: “Making $ Is Me,” which also has one of the craziest beats I heard in all of 2020). Back in September, I wrote a little bit about “OK Cool,” the best break-up song of the year, because it finally got a video and since then, Trayle’s dropped two full tapes. With each release, he gets more ambitious, and these gambits end up becoming some of his best songs-to-date. It’s honestly exciting watching an artist be willing to try different things and be good at it.

Any beat CEO Trayle touches is liable to become part of the soundtrack to a slasher flick and “Oxycodone Mixture” is no different. “You the type nigga that’ll steal her purse, nigga I’m the nigga bought that purse,” he jokes over the ominous chimes. His laid-back, conversational flow makes him sound like a supervillain as he calls the shots from his “Tony Montana mansion.”  And even if he sounds calm, you know he’s one phone call away from blowing up in your face like Tony Soprano. As the song abruptly ends, he raps, “High speed that’s one more swerve, studio smoking big thoink with Swerve / Big Boss C4 nigga thought you heard,” before letting the beat fade away. It’s CEO Trayle’s year to shine.

No Type: Poloboy Nunu has Indiana on his back