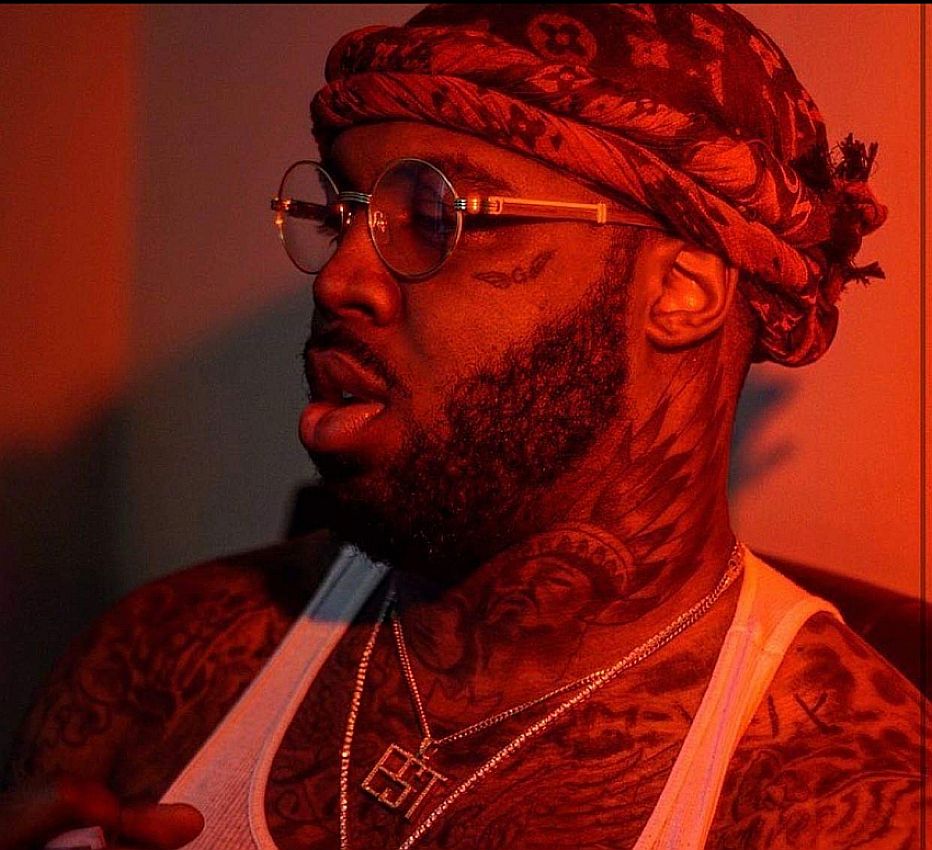 Please support our efforts to bring you the most notable rap music every week by subscribing to Passion of the Weiss on Patreon.

Harley Geffner put on a big pot of coffee for the Knicks game.

Detroit’s Bandgang Masoe, The Godfather, and OnFully conjure up the same alchemic combo that made “Wack Jumper” the 2020 spiritual anthem of the city. It’s a replication of the formula to a degree, with the mafia violin sounding backbone to the beat, and a central theme that all the rappers jump in and touch on in their own ways.

The video starts with someone playing an automatic rifle like a violin (already making this an essential video), and continues on with all three rappers in total sync, bouncing around the theme of not being able to say RIP for someone if you haven’t shown loyalty by popping someone for them. They ping pong off each other with interesting forms of call and repeat, like when Masoe hypes up OnFully with a “boul keep going,” to which he responds “Fuck it Mas, Im’ma keep going,” without breaking the structure of his verse. And through the violin, they’re hitting every farm in the state like Jake, slanging dope somewhere in the mountains, referencing the song structure in the song itself, and the grand finale where they all chant the hook together is set up by a quick lesson from The Godfather: “loose lips will sink a crew’s (cruise?) ship.”

RVPSO treats the sample here like a spongy jellyfish top to bounce on Finding Nemo style, and as it splays out wide to absorb his treatment, it’s splattering oranges, purples, and blues all around a misty echo chamber.  Slitt Mook finds the small natural gaps in the mist to slide barbs in about riding with a big broom, and Kray is his foil, coming in as part of the mist itself, barely intelligible, with every word apparating on a molecular level. The song is a science experiment at its core and I can see the whole thing as a self-contained weather ecosystem on the table of a hyper-computational alien’s 7th grade science classroom.

Sometimes you’ll fade a rapper in your mind for no reason other than you’ve had so much exposure and his or her new stuff doesn’t feel as pressing. Our attention spans are as short as ever and our brains crave new voices and flows, but one of the best feelings is when a rapper who you’d been subconsciously out on wakes you up with an onslaught of bars or a song that makes you double down on your love for them.

When Sada Baby gets in his shit talkin’ bag, there’s not a better rapper in the world. He flips from serious to hilarious to mundane subject matter with the agility of a pro skier getting around those flags, going from talking about how losing close friends has killed him inside to a D League pole dancer, who’s defined as such because her OnlyFans are 75 cents and free twice a week. Even using D League as opposed to G is a subliminal. Through all his bars that make you belly laugh or reflect on some real shit, it’s the simple or offhand remarks in between flow or subject matter switches that really stick with me. Right as a bass drops into a new pattern in the middle, he flips his flow to match and remarks that “I indulge in drugs through all my endeavors,” or after he’s finished talking about girls he can’t trust, he’s more literal with the switch, rapping “switch the subject / back to you tough n****s / got a bopstick for the too tough n****s / one full drake kills two tough n****s.”

I swear Dugg has me on some Freudian conditioning routine with that intoxicating whistle like where you ring a bell and a dog gets happy he’s about to go for a walk. He builds anticipation with it so well, and EST Gee not only matches Dugg’s raps bar for clever bar, but also matches that intro to the verse Dugg has mastered, with some groans that sound like they’re warming his voice up through the last few bars of Dugg’s verse.

G is a true storyteller, and this tape is one of his many memoirs of growing up in LA. He gives us all these slices of his life like the sound of his judge’s gavel, the way he felt when he was finally off parole and could stop ducking LAPD so hard, politicking by the ocean, the $1000 dollar tables at Vegas and the hungover drive home, and doing nasty shit in the back of an old buick before putting rose petals in the bathtub. He has a song on it in which he explicitly raps about all the shit he can talk about because of all the shit he’s been through, and it shows. The closing statement is loud and clear too, with a monologue over the fading G-funk synths about how his 2021 is like a five-course meal and that he’s just pulled up to the valet.

Future signee Doe Boy has been on a hot streak with Detroit rappers recently dropping these excellent tracks with Veeze and Babyface Ray. The beats aren’t the most Detroit beats I’ve ever heard, but both put a unique twist on it, and Doe Boy sounds very at home on them. And his “Oh Reeeeeallyy” tags are awesome. After the Future and Babyface Ray leak, 42 Dugg’s obvious crossover into Atlanta, Yachty getting with all the Flint guys, and now this, I’m hoping the traditional bearers of the Atlanta sound start to tap more heavily into what’s going on in Michigan, bringing it all to a larger stage.

These deep fried graphics and more encompassing soundscapes look good on Smino. In the video, he floats to the moon in a hovercraft with a three eyed mutant version MLK and throws in some nice hesitations on his raps to give them a more modern sound than I’m used to from Smino’s usual pop-friendly and alt-indie vibe raps.

The Transgender Discussion on Fourthought #40 (Part I)

Casanova Teams Up With 30 Roc For "Free At Last" EP