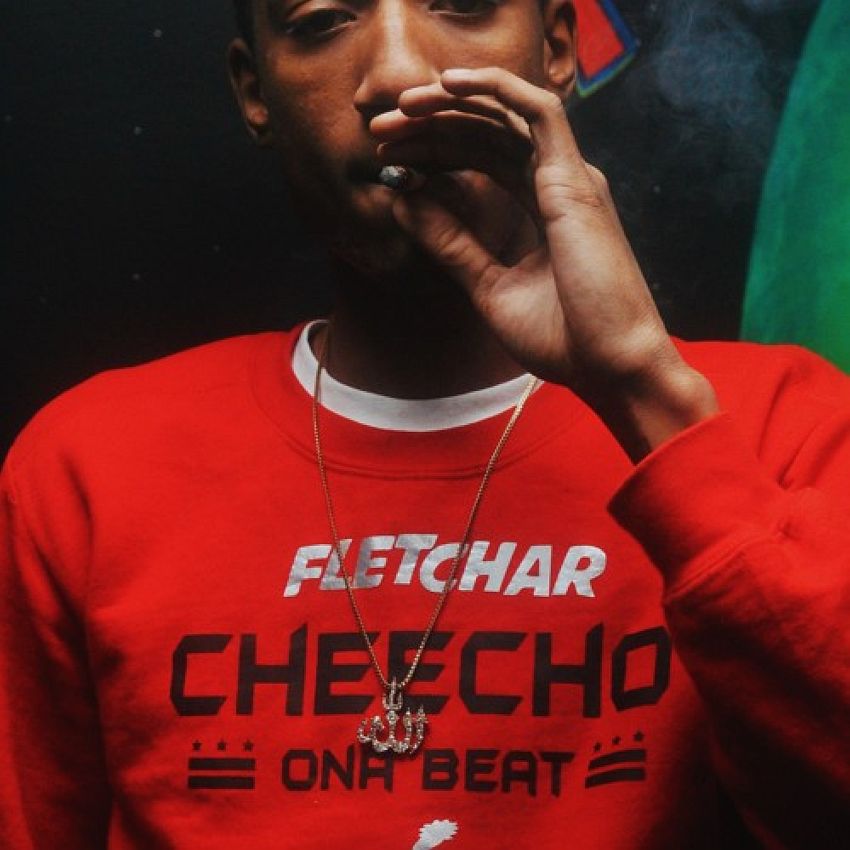 Please support the best new rap music every week by subscribing to (the entirely reader supported) Passion of the Weiss on Patreon.

Brandon Callender is too young to remember what the 90’s were like.

You never know what a Polo Perks song is going to sound like before you hit play — the Surf Gang rapper’s willing to try anything out at least once. Scratch that, maybe even twice. “ilovenewyork” and “OOAIGHT” sound like they crash-landed from two different planets. “Ilovenewyork” is an audible sugar rush, the screaming synths and racing drums keep your head on a swivel while Polo Perks keeps switching his flows up. “OOAIGHT” may lack the constant gear shifts of “ilovenewyork,” but that’s nothing that should bother you too much. Over a flip of Amerie’s “1 Thing,” courtesy of Tony Seltzer, one of the premier beat suppliers to the underground, Polo & Bobainee make the song all their own. “It’s this one thing got me trippin’, I’m on drugs, I think I’m trippin’,” Polo Perks raps over the clanking drums. Polo Perks’ unpredictability is only a small part of what makes him so fun to listen to.

I can’t lie, I had a little bit of a “what the fuck?” moment when I saw Nardo Wick appear on the star-studded “Inspired By” album for Judas and the Black Messiah. On Tuesday, a friend texted me “Who Want Smoke,” which had popped off in late January, then a few days later I see him on an album with Hov, G Herbo, and Polo G. The Jacksonville rapper’s addition to the soundtrack, the brutal and unforgiving “I Declare War,” is a clear stand out amongst the never-ending sea of tracks that fail in their attempt to reflect Fred Hampton’s politics.

A week later arrives “Knock Knock.” When Nardo Wick starts rapping, he doesn’t stop until he’s said all that he needs to say. “Said what you think the opps shootin’? Somethin’ that got kick probably,” he raps with a smirk. It’s easy to compare Nardo Wick’s goosebump-inducing thriller raps to 21 Savage, but Nardo Wick isn’t the same kind of apathetic narrator as 21. With every line he raps, you’re leaning in closer to hear how the story ends. If any studios are looking for an up-and-coming horror flick screenwriter, Nardo Wick might be your guy.

You won’t ever catch Cheecho in a video without his AirPods. The DMV producer has been lacing rappers with his spine-chilling piano loops for a while, but no one sounds as comfortable on those keys as Cheecho himself. “Stepped On” might be no more than a 2-minute drill, but that’s all he needs to haunt your dreams with his bars about gunplay. “Ain’t shit in my trap but sticks and a futon / Glock with a 30, it look like a baton,” he raps with a sneer. When producers hop in the booth, it doesn’t tend to end well. Cheecho is the rare exception; he could get his jersey retired twice if he wanted to.

In Michigan, you can’t waste time recording 3-minute long songs. If you want to release at a rapid fire clip, you gotta keep shaving seconds off your records. Over at Whitehouse Studio, they’ve mastered the art of the 1:45 song. Ponae’s bars about the dope game hit just as hard as anything off Los and Nutty’s Panagnl4e tapes. “Walk in the spot, just a couch and some rubber bands / Money counter in the closet, couple FNs,” he raps over the chilling beat. Ponae’s bluntness is his specialty. He has no need for flowery double entendres or ten-dollar words. Sometimes a minute is all you need to get your shit off.

Big Ouee might be the most relaxed man in America. On “Planet Ouu,” he struts through without a care in the world while flipping “Planet Rock.” Big Ouee is spitting raps about selling dope over beats you won’t have a problem dancing to. He’s dancing like a fiend when he’s off the percs, he’s serving through the window like it’s Mickey D’s and giving out zaza that’ll make Unc start pop-locking. “Damn, Ouue, how you get it like that? / Outside in the block with a ski mask / Outside takin’ risks for that cold cash,” he says candidly. There’s no such thing as stress in Big Ouee’s world. We could all take a lesson or two from him.