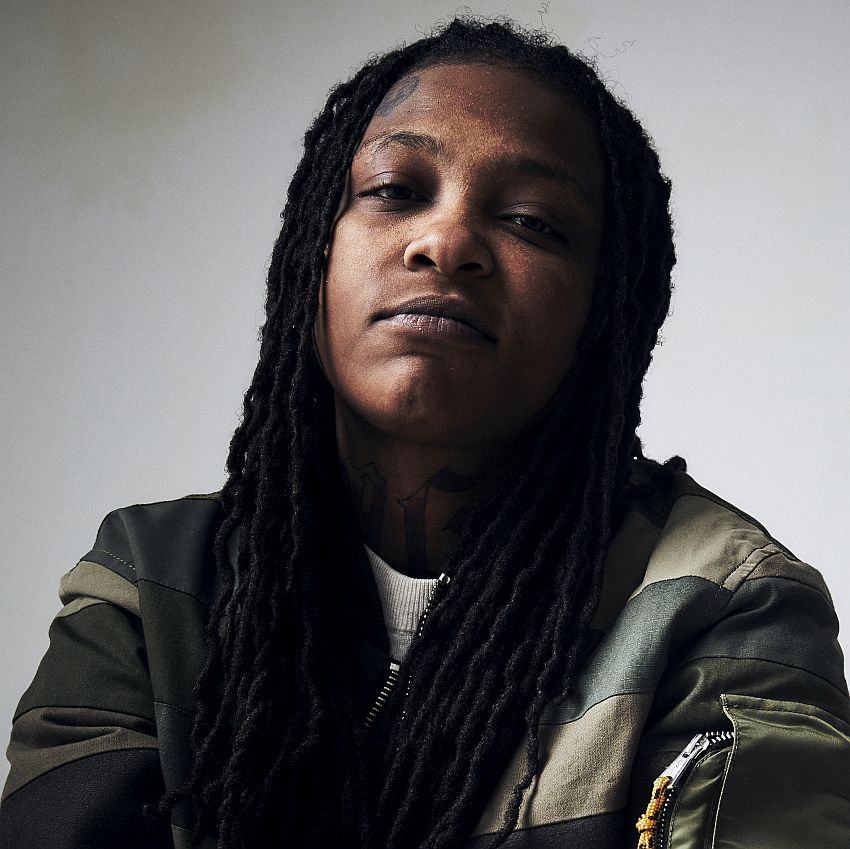 Please support truly independent rap journalism (and the best new rap music every week) by subscribing to Passion of the Weiss on Patreon.

Harley Geffner been jumped off his porch.

Queens’ Shawny Binladen, a member of the crew that’s dubbed their music yellow drill, has an amazing ear for production that he can amplify with his off balance style of rapping. On the first track here, cashcobain flips the same Lauryn Hill sample that Drake made even more popular into a muted drill beat for Shawny to pull us into a trance with. “Son getting older he bout to be three, bang bangin like Chief Keef,” he raps as his voice seems to be enveloped by the outer edges of the sound. On the second track, spanning just over a minute and a half and lending itself incredible replay value, he takes a brilliant Ritchie Valens loop by TBlossom and works that same dream-like effect over it, blending his raps, which should be harsh based on the patterns, into the beat like a strawberry dipping into a vat of chocolate.

Even the way Rx Papi speaks is hilariously hot, and his verbal sparring before and after the song in here takes the track to another level. It reminds me of Drakeo mumbling about how you wouldn’t know anything about push to start cars in his post-song ramblings. Here, Papi’s holding a puppy and drinking whatever expensive liquor is in his hands like water, he repeats multiple time, and at the end, he’s running his mouth about how his opps live in rent-a-center homes handed down by “grandpappy,” while he’s in a GARAGE, pointing above to where he lives. In another life, Papi is a very successful comedian, as his timing is impeccable. In this one, he’s quickly rising in the ranks as one of the best rappers out. His chaotic flows match the chaotic beat in “Rush Hour,” as he raps about walking in like John Wayne even though he only knows who that is because Chris Tucker said it in Rush Hour, about how his girl has done more time than Lil Kim, and the sanitation of his crack-cooking utensils. He’s one of a kind.

Smooth vocal choir samples and ice-cold bars go hand-in-hand, and songs that use the contrast always draw the mind to confessional church scenes. The cold-blood runs so deep in Harlem rapper Neek Bucks’ crew that he’s got real demons sitting on his momma’s couch, just looking for a reason to “glock it out.” And his partner Tsu Surf, who comes in rapping like a gravelly preacher who’s accepted his hell-bound fate, has been so hardened by his surroundings that he can’t even cry anymore because all he thinks about is revenge. As evil as these men sound, and as tough as it can be to hear someone telling his little bro to make a scene graphic, it also inspires some reflection, on the hate that humans can carry with them, how that hate is instilled in them, and whether we too could be capable of carrying that with us if we were handed the same situations.

While the easy choice amidst tragedy is to wallow in it, the courageous choice is to resist. To be hopeful despite circumstances beyond our control that can make everything feel so bleak. In Chicago’s SG Ali’s “Drank On The Block,” she chooses the courageous path. She sits back and reminisces over the people who should be there with her, but knows the only plausible path forward is positivity. It’s even reflective in her voice, and the way she makes her friends smile in the video. “Take it one day at a time,” she sings over the light guitar licks from Seph, and clap for those who are shining. There’s enough light to spread to everyone, and Ali embodying that message feels contagious, even through a screen. All of this feels even more important in light of the devastating news that Ketchy The Great, one of the best rappers out of L.A. passed away yesterday. This shit really doesn’t stop, so like Ali, let’s take it moment by moment and spread the sunshine where we can.

The most satisfying thing I’ve heard this week is Rio rapping “Jay let’s say it together,” before they unleash a beautiful “Hold ooooooon” in unison to start this song. These two are the pinnacle of high art, growling whenever they’re called dogs, making sure that you use specifically 13 n’s in your “Hold on,” asking if its a carpool when a girl squirts in the whip, hitting people with harpoons, and stopping the song to imitate the Vietnamese dude who counts numbers on tik tok. Important disclaimer though: I do not support throwing a lit black & mild at a woman, Rio.