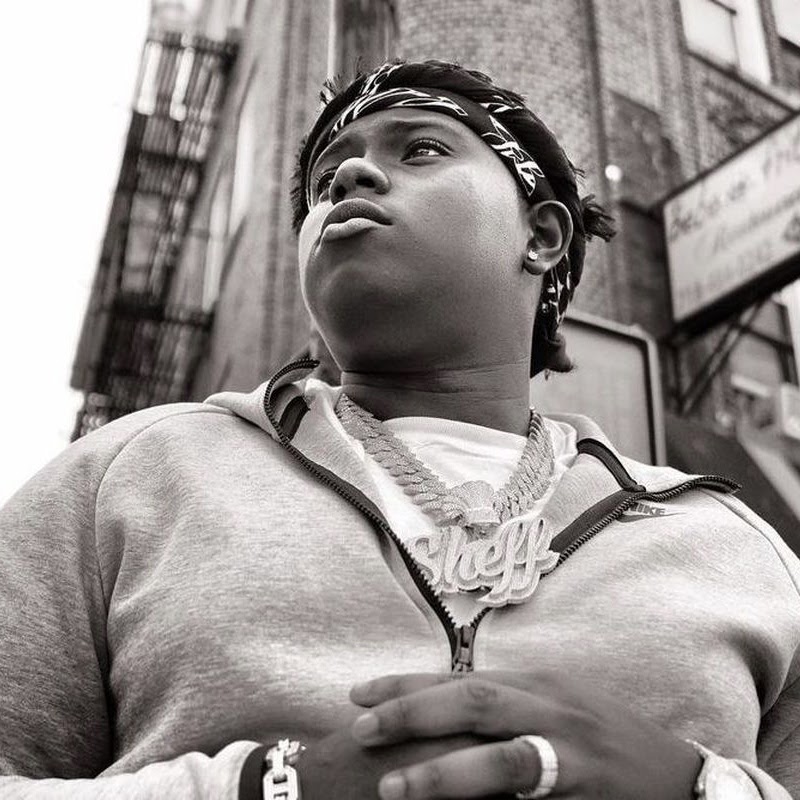 Searching every corner of rap to bring you the best music every week. Please support Passion of the Weiss by subscribing to our Patreon.

Harley Geffner put all the picks from his year-end list on a dartboard to figure out the ranking order.

Though P2TheGoldMask is from San Antonio, you can find him in the metaphysical. That’s where he instructs us to search for him on his hyperspeed Morpheus EP. These sub-15 minute tapes in which all the songs are beautifully lasered together, often sped up or pitch adjusted in some way and chopped down to emphasize certain bars in the transitions are a thing of beauty, and increasingly, a relic of the past. P2 and Nolanberollin are basically the only ones still making these types of Soundcloud exclusives, and part of the fun is not having the ability to toggle to individual songs and hear the whole thing as a real unit. Though there’s no production credits, I hear a lot of GAWD’s signature sounds, so one has to assume his hands are all over this tape. What is P2 doing in the metaphysical? Well he’s selling white out of the trunk, busting packs of all different colors down to fractions, breaking down work like a structured settlement, and moving pounds in a car from AVIS. He’s likely escaped to the realm between mind and matter for the same reason he wears a gold mask in every video, to hide from the Feds.

Shawny Binladen – “Why You Wanna See Me”

Shawny Binladen, of Queens’ Yellow Tape Boyz, makes what the crew refers to as Yellow Drill, their offshoot of the larger movement. Produced by fellow Queens native Cash Cobain, the appeal of “Why You Wanna See Me” is immediate. There’s no lead in, no ramp that guides you to the central thesis of Shawny’s music, it just crashes in with “Woke up, smoke up, then I slide” followed by some DJ Phattt tags, which will add some pop to any track.

Sheff G has the lightest touch. His flow feels weightless and soapy, sliding around the surface and enveloping the entirety of the beat with his subtle melodies. He’s like a translucent filter, blending in seamlessly. He also looks cool as hell in this video with that headgear (I think it’s a scarf, just tied up in a cool way) giving him the appearance of an Arabian prince.

Part of why I love rap so much is there aren’t any rules to this shit, and it’s constantly evolving. The natural life cycle of rap is that purists will argue some new style is breaking some mythical rules, then those styles become ingrained in popular rap consciousness. It happened with Thug, Carti, and hundreds before them. The biggest “rule-breaker” this year has been the coochie man, rapping outside of any previously established rap constructs and flows, yelling at himself for fucking up lines on the track, taking a single bar from a song and turning it into a whole other song, and screaming AHHH and Hold Oooon adlibs for 90% of some of his songs. And it’s all been hot as hell.

He just dropped the deluxe version of one of the best tapes of the year. I haven’t gotten all the way through yet since it’s an extra 27 songs, but this track is an early highlight. The beat is straight electricity, and Jay steps on the gas to power it up, comparing Lil Uzi to a pitbull, rapping explicitly about how rap has no rules, stabbing coochie like Michael Myers, and realizing his A&R from Alamo can play guitar.

Quando Rondo – “Have You Ever”

I don’t really understand the situation re: Rondo and Von and their crews enough to comment on it, and this isn’t a space for rapper crew beef gossip anyways. We value black lives here and the conversation around this type of thing has always bothered me with people choosing sides like these are action figures or video game characters whose lives are for them to play around with scenarios in their heads, or get excited and joke around about the possibility of revenge killings. Like they get off on that shit.. It all feels like it’s downplaying the very real human and emotional toll of the loss of black life, and the current media landscape encourages that type of conversation.

Despite all of the drama around Rondo right now, he’s still penning some of the most soulful, forlorn, and longing songs of anyone making music. Put his shit next to Phoebe Bridgers, Mitski, Maggie Rogers, beabadoobee or whoever else in that emotional sad-girl subgenre who really make you feel through their vocals. Rondo’s bluesy tones are up there with the best of them.

An L.A. heater to round out the week.

B.o.B Has Social Media Meltdown After Dying In Internet Hoax

#DXCLUSIVE: The Legion Preps "Three The Bronx Way" EP With "1980 Something" Video