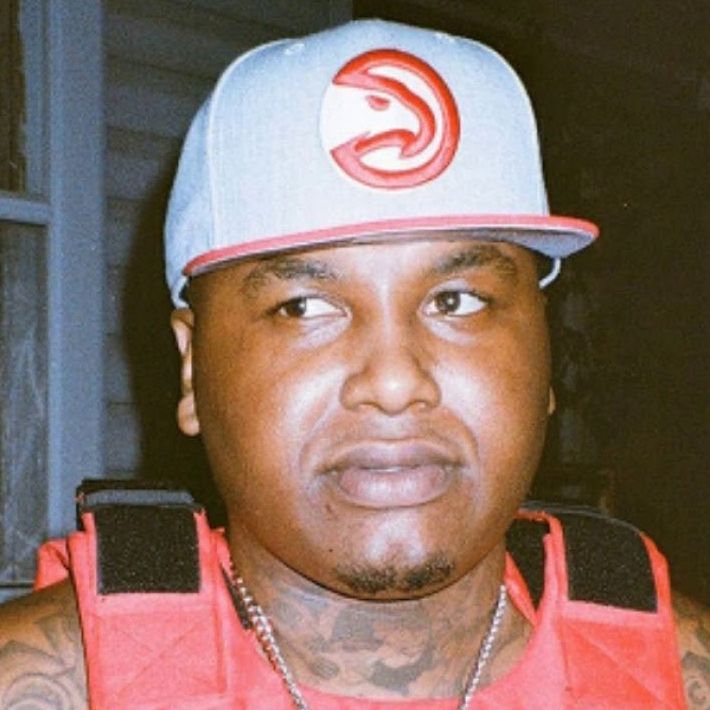 Support your source for the best new rap music every week by subscribing to Passion of the Weiss on Patreon.

Harley Geffner uses writing as a front for his scam empire.

I was looking for a tweet I saw that said Bladee needs to be cast in Euphoria to include in this blurb, but instead stumbled across the person who invented music writing.

Bladee integrates euphoria and melancholy in ethereal instrumentals. This makes my life much more flavorful. Much love.

Julius, I agree. Bladee’s new album with Mechatok sounds like Zelda skipping over hallucinated rainbows off a shit ton of PCP. Forbidden whispers dance around the central hum of these twisted EDM-pop beats like electrons levitating around an atom. It’s simultaneously easy and difficult to listen to. With song titles like “Sun,” “God,” and “Drama,” and hymns about turning to smoke together, it’s no wonder he has such a rabid ecosystem of fans in Drain Gang that exists entirely in their own spectrum of the internet. One must pretend to understand blockchain before traversing it. POW legend Lucas Foster once called drain gang a bunch of fuchsia-haired midwestern teens, and I’ll add Russian hackers, Fortnite streamers who light their rooms red, and myself to the list.

Alabama rapper HoneyKomb Brazy’s flow is slow, measured, and precise, which makes the operatic keys in this song feel even more dramatic. His slow-mo hesitations are subtle but effective, like when he drops off a ledge on the hook saying “pour me a cup of that mellow… yellow.” It’s a nice contrast and builds anticipation leading into Tec’s verse, which keeps a quicker pace alongside the grooves in the beat. We’re lucky HoneyKomb is still with us after he posted disturbing footage of a shootout he was in recently which landed him on a ventilator after being shot 8 times. So sick of this shit, and sending up a prayer for a full recovery.

Cash Kidd is a punchline fiend. Half of them go over my head until the 3rd or 4th listen on any given song, and when he’s hammering them one after the next as he does all throughout the follow-up to his excellent No Socks album, it inspires a lot of “wait run that back, what did he just say??” moments. You’ll be vibing to a dark piano melody and he’ll catch you off-guard with some very jarring bars like “she said if I ever leave she gon’ kill herself, bitch prove it” or “her pussy blown out, 11 to 3.”

It’s easy to tell how much fun Cash Kidd is having in the booth, when you hear him interpolating random melodies from Lauryn Hill, talking to himself like “oh damn I should’ve hopped in right there,” going off samples from Minnie Ripperton, Italian orchestras, or freestyle beats, and including a totally unnecessary, but very endearing 8-minute skit in the middle of the album. His flow, though similar on most songs, includes enough small melodic variations to hold steady attention through the duration of the album. But if you want to skip around, my highlights are “Bebe 2,” “No Hesi,” “My Condolences,” and “Left My Marc.”

Popp Hunna has a nice personal spin on the Carti baby voice, rapping in dog-whistle pitch over the nightcorey hyperpop-ish “Take Off” beat. The vid is stacked with classic Philly shit like motorbikes and dudes in hooded varsities hanging on stoops throughout. YouTube commenters are all convinced this one is going to be a Tik Tok hit, especially after Sasha Obama was recently seen dancing with her friends to his track “Adderall” on the platform, which has a similar methamphetic feel. All of Popp Hunna’s music is annoyingly catchy, and also hard as hell.

This inspirational grind anthem from Jacksonville’s T9ine is special. It’s relaxed in a way that feels very natural, and T-9ine makes it seem like he was predestined for stardom. He’s not wallowing in the pain of his circumstance, but ready to keep pushing to honor his lost ones. The beat is heavenly and with a sub-2 minute runtime, the track lends itself easily to repeat listens. I’ve been singing it all week.

Some sweet old school west coast vibes on this track with the footwork, hydraulics, staccato flows and those classic-sounding g-funk synth slides.