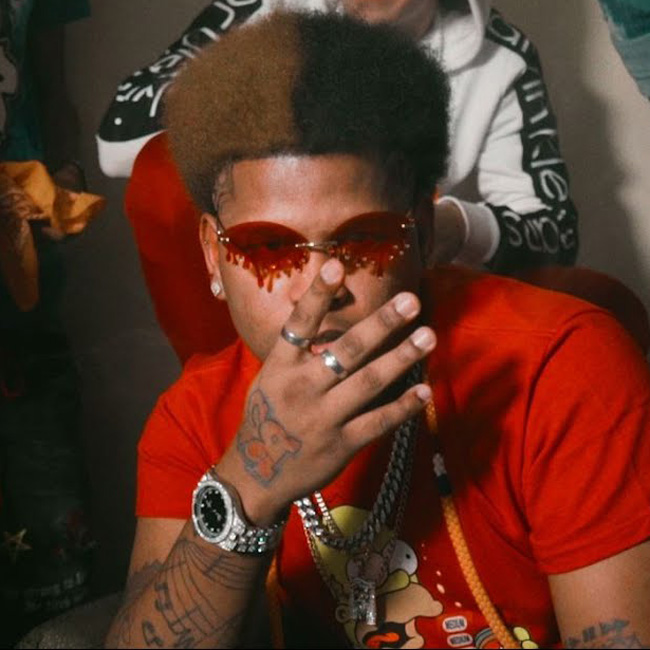 There are rappers whose music focuses on sex, drugs and expensive cars, and then there is The Rap-Up, the only weekly round-up providing you with the best of these very rap songs. So support real, independent music journalism by subscribing to Passion of the Weiss on Patreon.

Pollito Trapper is up there with the best Spanish rappers out right now, and that’s off the strength of his flows, swag, and beat selection since my Spanish is lacking, but I’m sure what he’s actually saying is super hot too. It’s obvious when a rapper is cool as hell, and Pollito’s signature tagline – It’s Pollito, son mis hijos – is a dead giveaway. Pollito’s always repping Jersey, but hails from the Dominican Republic, if it wasn’t obvious from his accent, and his IG story is currently full of people wearing the Dominican flag and rapping this song. What he and the Bronx Sie7etr3 crew are doing right now, adding that dembow flair and swag to 4th wave drill and late-trap music is about to bring Que Lo Que back into Drake’s vocabulary.

Are we ready to declare “Wack Jumper” the most influential song of last year yet? The amount of beats with the violin melody and simple, but bouncy bassline feels like it’s surpassed the amount of plugg beats that were dropping during the height of that era. No complaints on this side though, as it’s an incredible formula and there are tons of variations to get creative with. This one is off Young Slo-Be’s latest album, which feels like if a hellcat was electric in the way it has so much force behind it, but it’s all muted and comes through subtly. One of the tics I’ve fallen in love with in Stockton rap is the way they are always leaving certain words up to the imagination, like when Joc raps “Up the shh, drop the ahh, I’ll tag your face (ah ah ah ah)” on Most Hated.

This is the good stuff. The sing around the campfire kumbaya spiritual that raises the slumped homies from the dead to sing the hook type stuff. Apologies in advance to [reader] for getting “On saaaauuuuceeee, oooooweeeeeee” stuck in your head. Sancho Swag (½ of the Sauce Twinz) raps like Kyle Anderson plays ball – slow, steady, and effective, constantly monitoring any slightly perceptible shift in the defense (beat), and that steady pace sounds perfect over this leaned out beat. Plus it always rubs off when you can tell how much fun a crew had making the video.

Kodak is still one of the greatest and most introspective storytellers alive, and his ability to bear his soul on these bubbly, relaxing type beats is second to none. On “Aug 25,” he tells the story of a back and forth between him and his baby mama who hid the baby from him, really just having an inner dialogue about his conflicted feelings on the whole situation. He goes from being cautious about buying her a Birkin because he thinks she might sell it to wanting to take her somewhere special for her birthday (Aug 25), telling her that she doesn’t have to worry about him calling her a “bitch” anymore since he wants to do right by her. Then he pleads for her to take him off child support because he already spends too much time in court and will treat her right anyways, recaps their relationship from skipping school together to when she got her heart broken and gave it to him, and then eventually settles on.. “Matter of fact bitch fuck you.”

Lil Baby and Icewear Vezzo sound really good together. Both are so smooth, and Vezzo even tries out a classic Baby flow halfway through his verse, but really Baby rapping about all his different cars on the hook is what we came here for. I also love the detail that he lives next to the Governor now.

Brunswick, Night Owls and how grunge is in bloom this year

Talib Kweli & Bun B Swap Stories About Smoking Weed With The Notorious B.I.G.