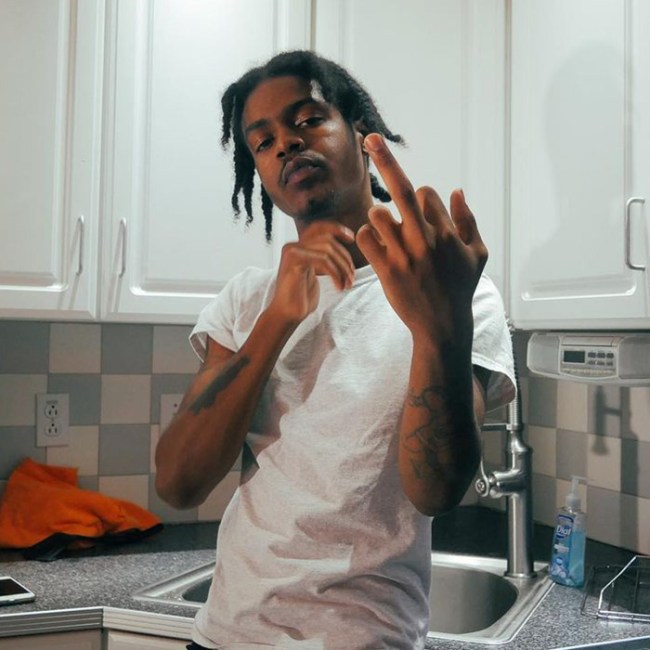 There are rappers whose music focuses on sex, drugs and expensive cars, and then there is The Rap-Up, the only weekly round-up providing you with the best of these very rap songs. So support real, independent music journalism by subscribing to Passion of the Weiss on Patreon.

Brandon Callender wants to know why Zaxby’s fell off so bad.

Shaudy Kash – “I Guess I Am Toxic”

Shaudy Kash’s new mixtape, Maybe I Am Toxic, goes from singing along to SZA and the Internet to voicemail rants from his girl because he hung up during an argument. The Detroit rapper gets close to taking accountability, but he shrugs it all off, saying that his toxic habits evolved into a noxious lifestyle. “I’m just protecting my peace, I can’t go out like no lame,” he drowsily raps as if he’s explained it all a thousand times over. “You play the victim, if I’m in the position, I do the same.” There’s no sympathy in his voice as fucking with girls in relationships and being their Plan B. “I guess I am toxic,” he admit as the song starts to fades out. It’s not as sweet of an ending as Two Can Play That Game where Morris Chestnut realizes he should stop messing around, but it’s relieving enough to know that Shaudy knows when he’s in the wrong.

Tisakorean x Fancy – “WHY WOULD I”

Tisakorean is always teasing music that won’t come out for months. He uploaded a snippet of “Why Would I” last December and in the intro to the now-released song is yet another hypnotizing 15-second soundbite. “Why Would I” isn’t trying to one-up the chaos of “Bate Onna Bo”’s constant beatswitches and walls of adlibs and SFX. Instead, it goes down a simpler route, with a beat that sounds like it’s being played by an upside-down double-bass player. Tisa attacks the beat, yelping his bars like he can’t believe any of the questions he’s asking. Fancy hops straight into the pocket with a smoother flow to diss guys who’re intimidated by her making her own money. While the Houston rapper-producer’s music is made to get people up out their seats and dancing, Tisa never feels like he’s chasing virality or trends.

“They said I was never able, why they be tellin’ these fables?” UnoTheActivist painfully exhales on the closer of his latest mixtape. “Tables” carries a different kind of sadness from the PartyNextDoor-styled longing of “Best of Me” and might be a bit odd slotted beside a song as desperately horny as “Panties Off” or a syrupy dancehall number in “Reset,” but it’s shocking how it doesn’t sound awkward. The Atlanta rapper isn’t afraid of anything on Time to Live — and it works in his favor. The rollicking keys start “Tables” off with some momentum, but Uno barrels ahead of the melody, as if he couldn’t wait to get his pain out. “My heart on my sleeve and this shit on the table, why do you wanna get the last of me?” he pleads. “Tables” is the sole gut punch of a project otherwise concerned with love.

Whenever I listen to new NoCap, I know I’m not about to listen to a song once and then move to the next song. I have to factor in the amount of times I’m liable to rewind a song and shout DON DEMARCO. With “Vaccine,” his first single since being released from jail, the Alabama rapper makes it easy to follow along by putting his double meanings in parenthesis. His wordplay-heavy style is bound to run into clunky and groan-worthy bars (“mansion/man chin like I’m Quagmire” makes me wonder if NoCap knows Family Guy fell off a long time ago) but he delivers them with a confidence that leaves no room for second guessing. When it works, it turns the line into an instant quotable. “I know it’s hard to tell, but I was broke before, I promise/All that free time got them lying, but I’m too busy being honest,” he raps over the bluesy guitar. In the song’s second half, it’s just NoCap with a microphone in front of him. There’s no more cars, no more money, and none of his boys surrounding him. “It wasn’t no weight on Slim’s casket ’cause my nigga was ashes,” he laments. I’m confused when I see artists in the “pain music” lane written off because of an assumed reliance on emotional platitudes when writers like NoCap, Lil Poppa and Polo G are constantly evoking such heartbreaking and novel imagery.

DETOBLACK isn’t trying to hear anyone’s shit. In 2020, just about a year before releasing her first single, the Lagos-raised musician debuted on close friend Odunsi (The Engine)’s “Body Count” with her playful, bouncy flow and undeniable confidence as she rapped about how body counts are meaningless. “three5zero” serves as the hyperactive introduction to the vibrant world of her genre-hopping debut EP Yung Everything. “Tryna be like Jesus, turned your man to a believer/Treat me like Beyonce ‘cause he know I’ma diva,” she raps over a chiptune beat that could’ve been stripped from a GameBoy cartridge. “three5zero” is less than 2 minutes, but it’ll give you a sugar high that lasts hours.

Mike Tyson & Wack 100 Have Trolled Us All

Vilde releases Flash in the Pan