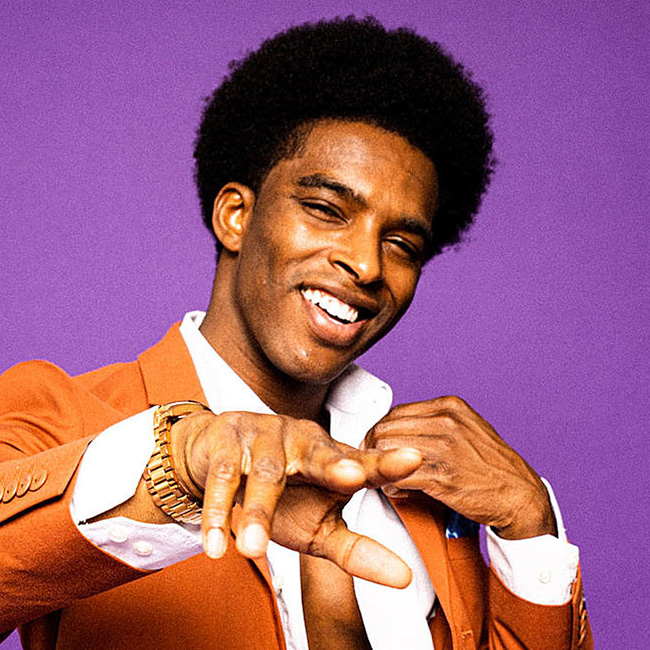 Wallie The Sensei leads the league so far this season in being soulfully sung on IG. His confessional “03 Flow” struck a chord with LA over the past two months and you’d be hard-pressed to find someone (who’s tapped in) out here who hasn’t passionately sung “they got me peekin’ through the windoooow” in their car. It’s obvious what makes him special – it’s the combo of his raw, emotional appeal with the cool confidence of someone who can pull off a shirtless, stripped down refrain like he does with this version of Bompton to Balabases. In front of the sun-scorched grass on a Compton street corner, Wallie lays it bare with the piano, singing right from the chest with a real earnestness – “life is monopoly, we was born in a lethal place / only way to survive is gettin’ it illegal ways.”

When asked about what growing up in Compton did for him, Wallie said in a recent interview that it showed him that life is short and how important it is to see the deeper things in it. That comes across loud and clear in his music.

From Jackson, Mississippi, Akeem Ali – better known as his pimp alter ego Keemy Cassanova – dropped one of the best EPs of the year in May, and accompanied it with this short film of music videos. It’s smooth talking Suga Free style raps over funky ass beats and pimped out day in the life raps, taken minute by minute with the awesome directing job from Maya Table. It’s riddles, macks, and disco vibes with each song flowing into the next for a full-on world-building experience. This should be shown in IMAX. Side note that he’s signed to a label founded by the mack of the NBA, Lou Will, which makes it exponentially cooler. They first met because his barber’s barber is Lou’s barber.

From Horn Lake, Mississippi, Inc Jackboy is of the Youngboy school of bouncy melodious Southern rap. His raps can be very dark, but the delivery takes the edge off – like when he sings “evil thoughts I talk to demons / late night creepin’ in the deep end / hang with me and you might sink in” in a way that makes you want to dance.

“Baby Stone Gorillas” is a lovely South East LA crew cut over a rolling RonRon beat – starting off with a bang from P4K where he raps “military choppa with the scope go boom boom boom / have a dude runnin from the stick like duck duck goose.” Second song here is a mysterious sounding Flint style beat rapped over with some traditional LA swag. EKilla Off Da Blockk has that something and with the right team around him, he should be able to lift this whole crew up.

Love hearing Capolow lean into his ability as a hook maestro. It’s not necessarily that he has the best voice or makes the hooks traditionally catchy with great melodies, so it feels like it’s his charisma that carries them. This is not a slight, because he elevates every song that he does a hook on. This is to say nothing of the terrific Rucci verse on “No Kizzy” where he gets scammed by a girl from Detroit and tells Rolling Loud that he’s bringing his pole on stage.

Hear a Rare and Stunning Live Sun Ra Performance from 1977