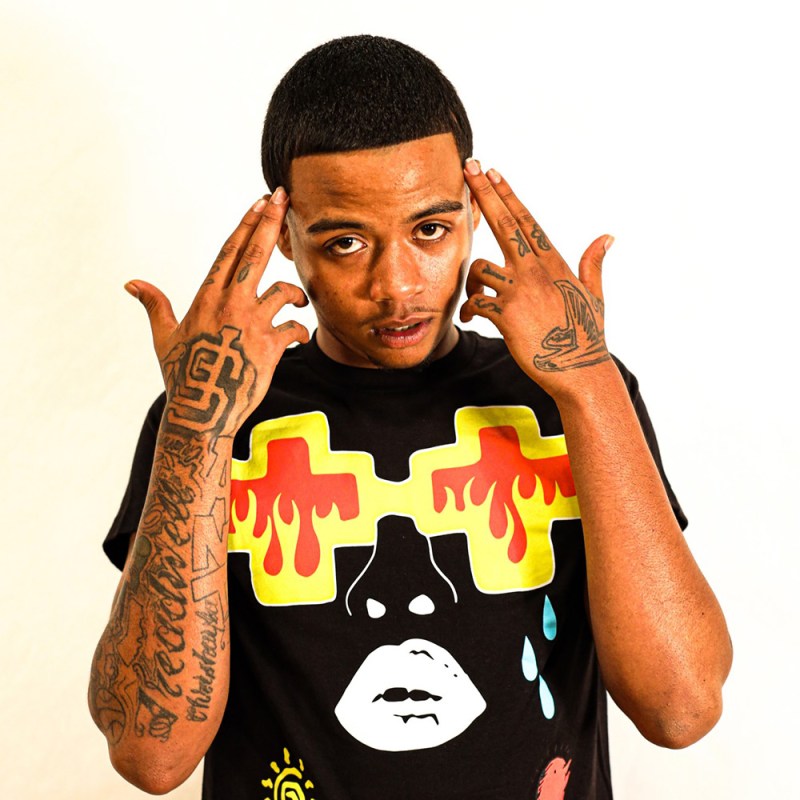 Help our staff fight the collective incoming carpal tunnel syndrome that’s assuredly on the way from typing these stories for you. Support real, independent rap journalism by subscribing to Passion of the Weiss on Patreon.

And here we have it, a 16-song full-length album from Bris, who was on track to become one of the best rappers in the country, if he wasn’t already, before he tragically passed last year. It’s difficult to explain this, but there’s just so much life in Bris’s bars. Though it’s a deadpan delivery, reminiscent of all the EBK guys out of Stockton, his words come to life in a way that very few rappers can make happen. It’s not through intricate storytelling as much as these short, clipped one or two bar narratives that he draws out with that real slow pace of his. Like when he says “all I gotta do is see it once ‘cause I learn different,” it doesn’t smack you over the head like a big punch line, but it’s a slow creeper that has real vivacity to it. That there’s so much life behind his words can make it even more difficult to process that he isn’t with us to see his album come to fruition.

Outside of Detroit/Flint, Sacramento has probably the hottest rap scene in the states, but it’s also been plagued by incredible amounts of turmoil and violence. The city doesn’t work together or have any of the same camaraderie that helped push Flint or Atlanta earlier to the top of the game, and the bad blood between the Mozzy, CML, and EBK crews runs deep with so many caskets and dead homie diss tracks that Mac J (of the Bris/EBK crew) recently said in an interview that he doesn’t foresee the city blowing up to the degree that it should. But the real tragedy isn’t that the gang violence is holding back Sac-town rap collaborations, it’s the devastating human toll that these street wars are taking day in and day out, with more friends desperately trying to reach their lost ones through candlelight and wailing mothers in sunglasses just trying to understand. So when an incredible posthumous album like Tricky Dance Moves is released, it’s easy to get lost in the sadness of it all and hear how good it is and think about what a star he would have become.

But we’ve all been through so much, and human nature is so inherently tragic that letting yourself get bogged down by that shit isn’t healthy. It’s why so many of us only have exasperated sighs left to muster when we hear about another needless death now. So with Tricky Dance Moves, I’m celebrating Bris’s legacy, I’m celebrating the celebrations that his friends and family are having with the release, I’m celebrating the resiliency of human spirit, but primarily, I’m celebrating the moments I get to spend enjoying such an incredible album, because who knows how many of those moments we’ll get in life.

Speaking of celebrations, “Easter in Miami” is pure, unbridled joy from Kodak as he celebrates his freedom. He’s dressed up in mint green Easter attire, drinking out of champagne flutes, grabbing cheeks, eating shrimp and lobster, jumping around with waterguns, and smiling to the point of sore facial muscles. He’s also having fun with the rapping itself, stretching out syllables to play with interesting rhyme schemes and vocal patterns. Skip to 2:50 in the video to see what I’m talking about.

42 Dugg is lowkey the closest thing we have to another incarnation of Kodak. Yes, Jackboy sounds most like Kodak vocally, but Dugg is the one who gets closest to the way that Kodak’s pain brands his melodies. It’s truly an innate talent to be able to communicate such deep feelings just from the way one stretches their vocal cords. On “4 Da Gang,” you can hear it when he wails about wishing he could bring his friend back and about remembering hard times. It’s one thing to say it, but Dugg makes you feel it. Mostly though, I’m impressed he and Roddy’s labels were able to clear the “No One Like You” sample.

This is that real late night creep music. Listening to “NGH” feels like you’re tiptoeing in a ski mask around the back of a foe’s house.

Papi is the only rapper I want to hear an 18-minute song from. “They be like pap how many times you looped the beat, as long as I fucking want to speak!”

Lights & Bridges Will Calm the Soul With New Self-Titled EP