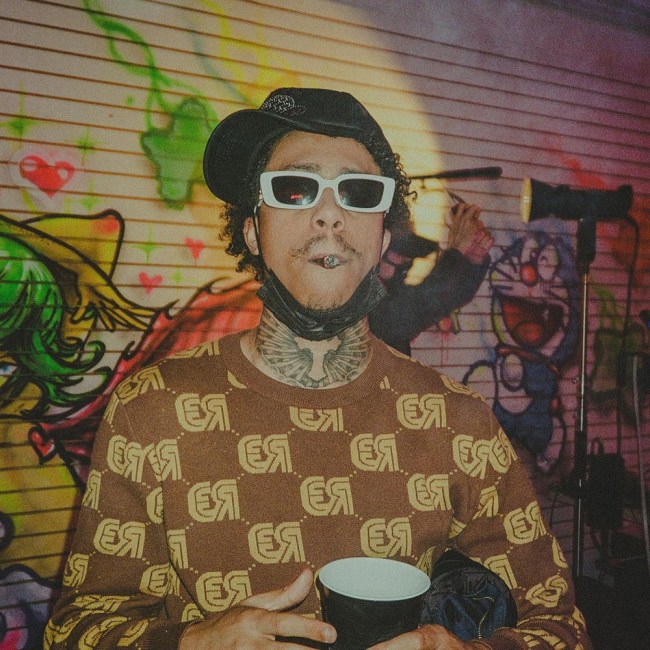 Brandon Callender is battle-tested but still wakes up at dawn well rested.

EBG EJizzle is the kind of storyteller that leaves you wondering Did he really just say that? “Jizzle Flow” is a descendant of Jimmy Wopo’s “Elm Street” and King Von’s “Took Her to The O.” They’re all tightly wound, paranoia-inducing first-person narratives where they’re constantly looking over their shoulder for danger, but all these stories just end with crude punchlines. You get a sigh of relief (and maybe a laugh) when you realize that they were telling you all this just so they could get one joke off. Wopo caught deja vu from spinning blocks; Von really wanted you to know about the time he got some one night. The Memphis rapper sounds like he’s towering over you as he raps over the funky “Real Muthaphuckkin G’s” bassline. “I sip the Wock to go to sleep ‘cuz I don’t fuck with the bars,” he raps. “I remember I was young, back to back stealing cars/And how you say Ion want no smoke when I was the first one to spark?” It wouldn’t be fair to spoil EJizzle’s punchline, but it’s more than worth the wait.

It’s not hard to tell that Dusa grew up listening to a lot of Kevin Gates. The Baton Rouge rapper will shift gears at a moment’s notice like his influences, jumping from breakneck rapping to a sing-songy, mournful hook. Over the torrential rain of keys, he never lets up. “Chopper swingin’, singin’, spittin’ flames/Watch the way you speak up on my name,” goes the searing opening couplet. Just like Gates, there’s even a head-scratching line about sex stuffed into his first verse. But that shouldn’t stop you from pressing play here—Dusa steamrolls through all his lines. He won’t give you the chance to give that line a second thought.

I thought it was a little strange when Daft Punk broke up back in February. The news of the Parisian duos retirement came out of nowhere, and they gave no reason for their sudden decision, but I’m here to tell you that it’s clear why they hung it up. It’s become apparent to me that they’re making room for Sleepy Hallow and Sheff G to make a follow-up to Interstella 5555. “2055” might not be as long as Interstella, but it’s enough to make me wonder if Sleepy Hallow came up with the treatment for this video by himself or if someone else convinced him to make a pain song with a cyberpunk-themed video. “Came from dirt, can’t go back, you can see it in my eyes,” he croons over the guitar twang. “Real niggas cry blood.” Sleepy Hallow sneaks in his most painful gut punches where you least expect them.

Surf Gang samples whatever the hell they want. The New York collective flips everything from FuseTV pop-punk classics to the go-go-inspired drums of Amerie’s “1 Thing” to… Guilty Gear soundbites? I can’t lie—Moh Baretta’s #Thisisnotadrillx2 reminded me that it’s time for me to start looking for a PS5 so I can cop the next Guilty Gear game and lab out some combos. You can tell that the Surf Gang folks are sampling all the stuff they do out of love—they love sneaking in references that make you perk your ears up so you won’t miss the next one. You’ll hear the character lock-in SFX on one song, and the round announcer on another. The aptly-titled “Badguy Sol” is one of the best tracks on the entire tape, with its haunting loop and Moh Baretta’s adlibs filling in every possible bit of dead air. “These Gucci boots on me cost 12 hundred/They so ugly I ain’t pay 12 hundred,” he brags about a pair of boots that I’m not sure he even likes. Sandwiched between flips of Drake and the Neighborhood is “Gold Heart, Silver Soul,” which refits the Dragon Tales theme with racing snares and bouncing 808s. It’s a sample you can’t help but laugh about as you slowly realize what it is. It’s refreshing to hear someone dig into a different bag for once. Even if he doesn’t rap about them, you can still get a good feel for what some of Moh Baretta’s favorite things are: Guilty Gear, Kanye West, and the shows he grew up on as a child.

It’s wild how much production impacts the way we listen to artists. Certain styles of production just lends itself to having you value one skill over another. It might even have you completely ruling out the possibility of someone having a specific skill since you don’t get to hear them exercise it. Tony Shhnow normally raps over sugary R&B-style Plugg beats, which makes it easy to overlook his skill as a lyricist in favor of how well he’s able to sink into the beats and set the mood. On Kill Streak, his mixtape from earlier this year with producer GRiMM Doza, Tony’s rapping steps into the spotlight. “Killamanjaro” barely makes it to 1:45, but Tony stuffs as many bars as he can into the song. “She ain’t dead but she my neck and start to see the light,” he raps. He doesn’t switch up much, but he sounds rejuvenated on these beats, compared to the drowsy voice he usually raps in. Sometimes all it takes to realize something new about a rapper you love is hearing them on different beats.

#DXCLUSIVE: Parris Chariz Puts All His Personas In A Blender For ‘Smooth Operator’

Interview: Little Brother On Nostalgia’s Complexities & How Their Reunion Was "Right On Time"