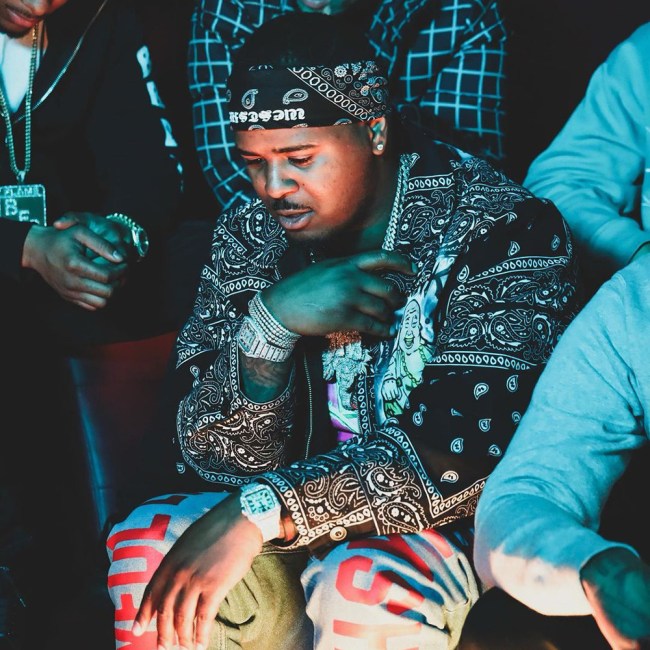 Photo via Drakeo The Ruler

Drakeo The Ruler – “Out On Bail Freestyle”

Drakeo has been releasing music at a torrid pace since he’s regained his freedom, so it’s easy to miss these types of loosies he drops with no promo at all. But this one feels flat out special. It’s a hurricane of incisive shit-talking filled with that swaggy grim reaper energy Drakeo emanates. Where he’s usually picking apart his enemies slowly and methodically while barely registering them as a blip on his radar, in this freestyle, he goes after them with a vicious flurry of quick jabs that should land him on Sportscenter.

“This an EC, my opps died from electric fields / catch you sittin’ in that chair at the barber I’mma electrocute you / You seen his body drop you ‘gon be in a stretcher too / I know you see that n**** head nodding right next to you.”

EBK Young Joc and DaBoii are perfect foils for each other. The two NorCal rappers each take a turn on this bouncy mafioso-sounding Enrgy beat, with Joc starting off in a low register, rapping about all the places he needs to keep blicky for his protection, before DaBoii jumps in with one of my favorite entrances to a verse this year, squeaking “Yeah it’s my turny-urn!”

Zaytoven is truly one of the greatest producers of this generation. His new compilation tape Zaytoven Presents: Fo15 showcases all the talents that San Francisco has to offer, but the main attraction is Zay adapting his production style back to his SF roots. It’s a given that his keys are beautiful, especially across the length of a full tape, but it’s really the way that he makes all these Bay area rappers feel so comfortable on his beats with some of that funky deep bass the area is known for, but he keeps it subtle so it’s not overpowering. Usually his production is so full, but hollowing it out a little bit to match the city’s style leaves so much extra space for these rappers to get off.

As absurd as so many of Nephew’s raps are, he also has lots of reflective moments on his songs too, and “Late Night High” is filled with some serious introspection. It’s really a gift to be able to go from asking “who the fuck made the alphabet” to rapping about the weight of burnout taking its toll, self-destructive habits, and the normalization of crying on the same song.

I love the way this video is shot so that it feels like slices of ENNY’s real life. It’s like a regular walk down the block outside of her London apartment, with small snippets of conversation in passing, a guy trying to sell her street food, and some dudes trying to catcall her. It especially resonates while listening to her rap about working to break out of the cycle of falling for the same old shit, while watching all the same old shit pass her by.

The Breakdown: Do We Care About Kanye West Anymore?

Tekashi 6ix9ine Writes Remorseful Letter To Judge Ahead Of Sentencing

The Breakdown | How Snoop Dogg Sold Everything — Without Selling Out