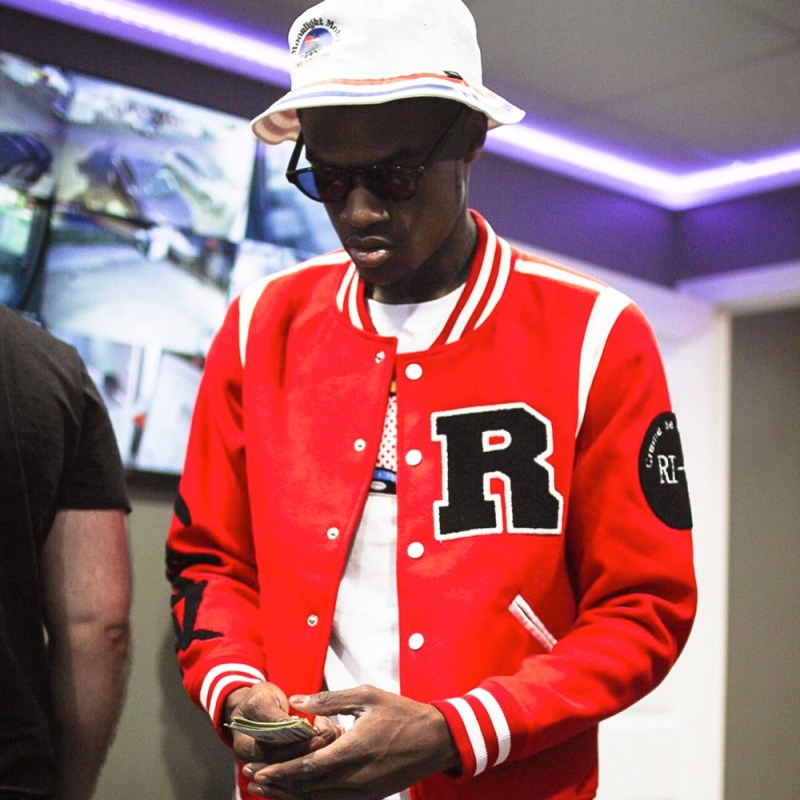 Support real, independent rap journalism by subscribing to Passion of the Weiss on Patreon.

Brandon Callender played through pain, typing with a sore vaccinated arm just to bring you this week’s entry.

For weeks, there was no way to escape “No More Parties” and its cheery keys that rained down in a light drizzle—and it’s only gotten more popular as every single rapper on Earth decided they just had to stake claim to the beat. When it felt like all the possible life had been squeezed from the track, Reese Youngn gave the song one last final squeeze. “Oh, you tired of partying? Alright, well, shit, this the let out,” he calmly says on the phone; that 12-second intro is the only moment of peace in the entire video. Immediately after, he breaks out into a piercing howl, venting about his quest to get his girl back. “No More Parties” no longer belongs to Coi Leray—it’s Reese Youngn’s song now.

Over the last few weeks, the Pittsburgh rapper’s dropped a few songs to capitalize on his brief moment of virality. “Ke’Ke,” his latest song, might as well be its spiritual successor. With his hoarse vibrato, every song gets its drama factor multiplied by thousands. “I threw my feelings in the drain,” he cries while shooting an imaginary ball of trash away. It’s beyond cliche to say that rappers are using their voices as instruments, but there’s no way to get around it with Reese Youngn.

A few months ago, I wrote a little bit about how Gucci Mane is finally taking his label seriously, and what a surprise: when you invest in your artists and give them what they need to take it to the next level, it pays off. With Foogiano and Pooh Shiesty having their 1017 debut albums out in the world, Enchanting, one of the two women in the New 1017 signing class (the other being K Shiday), might be the next to get a project rolled out with all the bells and whistles that the other two got. “Want Sum” will leave the meanest scowl on your face. The horns echo like a distant train horn during a foggy night. “Like Rihanna all my niggas need me,” she raps “I’ll have your hoe whining like CeCe.” Enchanting’s breathy delivery and breakneck flow will keep your head spinning while you try to figure out where the whispers are coming from.

There’s few rappers in the DMV with beat selection as exciting as Lil Gray’s. The Landover, Maryland, rapper could spin around 3 times, close his eyes, and still have a good chance at picking a beat from Sparkheem, Mannyveli, or Spizzledoe that’ll melt your speakers. The two part video for “Disgrace/Bitch I’m French” shows Gray in two completely different zones. The first, “Disgrace,” loops an old school Western stand-off whistle while he raps about making plays with a shrug. You get shaken out of that daydream as the video cuts in the animated horns of the “Bitch I’m French.” Strutting around in the music video, he can’t help but talk his shit over the chaos of “Soul Bossa Nova.” “Glocks out, bitch nigga know they gon’ blast off/Pitch to my youngins like throwin’ a fast ball,” Gray spits. These are the kinds of moments that only Lil Gray can create—there aren’t too many others willing to get out of their comfort zone as much as him.

If you told me that I’d have a wordless hook stuck in my head for a few weeks, I’d probably believe you, but I wouldn’t have a clue what it could possibly sound like. With just a few thrusting “Hmms,” some head-nodding “Uh Huhs” and a splash of “Oohs!” the G4 Boyz have had me mean mugging my laptop screen like a bouncer taking his job way too seriously. “She’s online, I’m online, but Imma make sure I get rich this time,” Ice Baby raps. “Start to finish, yes I’m in it/TD Bank, let’s go get it.” On “Hmm,” the Staten Island brothers continue effortlessly flipping their scam tales into club bangers.

You can tell that Big Yavo wants his punchlines to hit harder than the 808s he raps over. The Birmingham rapper lets all his lines drag out like he’s giving you time to catch onto what he’s saying. Even the song’s hook feels like it’s part of his verse. “I need a rich bitch, scratch that, I need a thick bitch,” he raps, rewriting his own bars in the booth, “Big Drac like Lilo, Stitch shit.” Big Yavo is like a human thesaurus; everything he owns reminds him of something else in his life.

Cardi B Reportedly Files Lawsuit Against Quality Control For Negligence