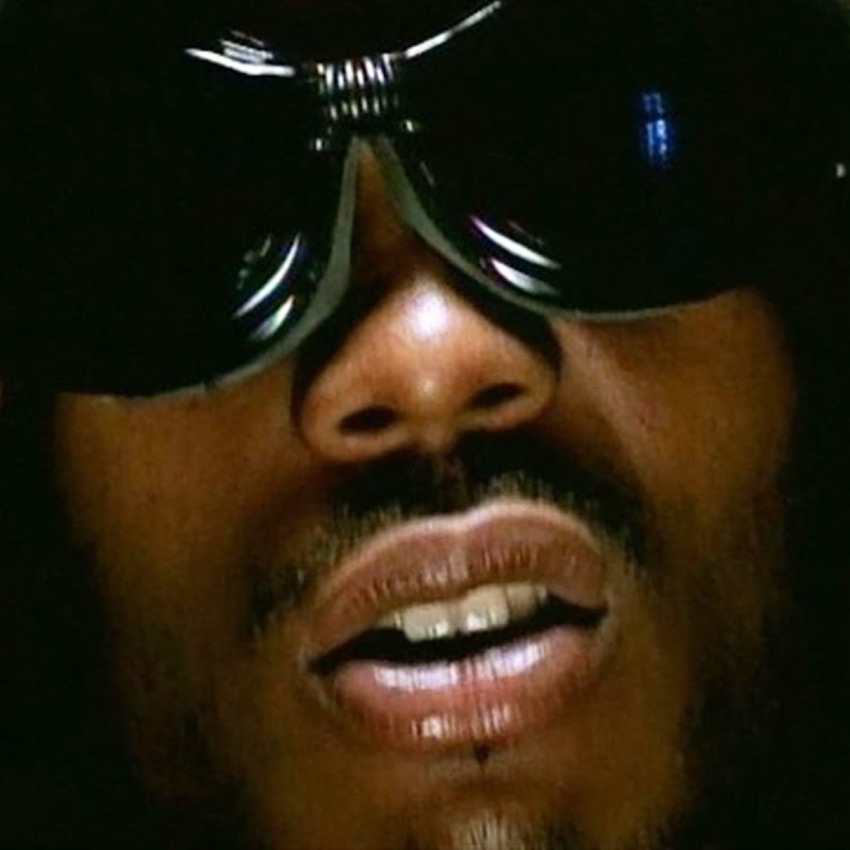 “These are more than words, this is more than rap.” Support Passion of the Weiss by subscribing to our Patreon.

The rivalry between the east coast and the west coast ended with the deaths of its biggest icons. The rapper who had come to define mastery of both flow and storytelling was mourned just much as the one who had personified the struggle and tapped into righteous anger. To say hip-hop was reeling would be an understatement.

What was left was a type of rap celebrating life. A world of gleaming luxury cars, endless champagne and sparkling leisure clothes. Looped ‘80s hits that backed tales of opulence. The American dream filtered through a fisheye lens. What followed was a less confrontational, extremely commercially viable, and perhaps unintentionally sanitized form of rap. A time in which a rapper once known as Murda Mase, formerly associated with a group named after horror film Children of the Corn, could rap along with the Rugrats. Welcome to the shiny suit era.

Hip-hop is never just one thing. A fertile underground renaissance was already building towards a crescendo, while some artists were actively resisting the ubiquity of the Bad Boy aesthetic. “Don’t jump around in a shiny suit and start dancing around, because that’s what gonna get you paid, and that’s what the label what’s you to do”, Premier could be heard saying in the intro to This Or That, a 1999 compilation album by The Wake Up Show’s Sway & King Tech and DJ Revolution. That opposition speaks volumes about the absolute dominance of (to paraphrase Suge) “the executive producer dancing all up in your videos.”

But just as the laws of physics state, for every force, there is an equal and opposite reaction. In 1998, that force of nature was DMX. Here was a rapper who firmly had his Timberland boots set on the streets. Who would literally bark at you, with the kind of glint in his eye and grit in his voice that automatically made him the very antithesis of the smooth, suave and savvy superstars storming the charts. Though, to be fair, DMX could storm like none of them ever could.

That’s because he was a storm, full of rain, hail and bellowing thunder. The frustration of America’s underclass given flesh, and somehow clawing itself to the top against all odds. He sounded as conflicted and suffused with pain as he was willing to inflict it upon others. Listening to DMX, you could never escape the feeling he would just as easily punch your lights out for looking at him wrong, as he would vehemently pray for your eternal well being. And none of his songs embodied the whirlwind of emotions stirring inside of him better than “Stop Being Greedy.”

As the second single of his debut album It’s Dark And Hell Is Hot, “Stop Being Greedy” followed “Get At Me Dog.” That was an excellent song that captured DMX in all his confrontational, unapologetic rawness, but its follow-up offered even more. “Stop Being Greedy” has the full breadth of DMX as an artist: the strong ties with his faith, as he thanks “the Lord everyday that I’m blessed with the gift”; his deep affection for dogs and their unwavering loyalty (and the implication of distrust and betrayal he experienced among humans); the inner turmoil of his many conflicting emotions, his simmering rage, and even his struggles with addiction (“Can’t see straight, ‘cause I’m so high”). All these aspects of Dark Man X are there. And at the forefront is the core aspect that has driven most of it: his intense hunger.

Sped up, the alternating loops taken from “My Hero Is A Gun” would have you believe the movie Michael Masser wrote it for was a horror flick, instead of a 1975 drama starring Diana Ross as a fashion designer. They form the perfect backdrop for DMX switching tone in his verses in equal measure to the beat; one part foreboding, the other frenetic. X often played with ideas of duality; in the video, the different personas going back ’n forth in verse are embodied by two aspects of sitting in a throne, joined at the hip like Siamese twins. It’d be tempting to see “Stop Being Greedy” as a Dr. Jeckyll & Mr. Hyde type of story, especially since that same story is referenced elsewhere on the album, in the track “Thru My Eyes.”

Sonically, the assumption wouldn’t be wrong. Thematically, something more interesting is going on though. Because these two halves of DMX aren’t opposed at all. They’re after the exact same thing. Whether by force or merit, somebody is going to give up the goods up to him. They need to stop being greedy.

To at least 99% of the population, the exuberance of the Bad Boy aesthetic could only be enjoyed vicariously. How long it takes might vary, but to those genuinely struggling, the appeal of that will eventually run thin. “Stop Being Greedy” is the sound of a man who’s through striving to merely stay afloat while others rub his nose in their riches, as personified in the video by a sleazy mobster who looks suspiciously like a not-yet-famous Paul Giamatti.

The calmer, foreboding half of DMX is letting it be known that he at the least wants what he needs to survive, and preferably much more, while the other is already halfway through the act of violently prying it from cold, dead hands. “I’m drunk so I’ma bash his head wide open / Begging me to stop, but at least he died hopin’”, he barks in one of the coldest descriptions of violence ever laid to wax. “I don’t like drama, so I stay to myself”, the ‘light’ side says, but there’s ultimately no good and bad conscience on opposite shoulders here, only a somewhat lighter shade of darkness, sitting aside the pitch black. Both sides share the same goal, and you can no longer keep them from it. There’s no more escaping this justified rage. DMX is the October revolution of rap, and “Stop Being Greedy” is his final warning to the bourgeoisie as he storms the palace gates.

Established rappers saw the fire they once had in their bellies represented in DMX, those in the streets saw themselves in him at their most threatening and powerful, and audiences worldwide finally heard a major label rapper that was exciting, unpredictable, and maybe even a bit dangerous again. Hip-hop was once again united by a superstar everybody could get behind, because everybody loves to see an underdog win. And in 1998, there was no underdog more iconic than the one whose barks were heard echoing over the menacing strings and frenetic keys of “Stop Being Greedy.” X became the people’s champ as soon as he uttered its manifesto:

Y’all been eatin’ long enough now, stop bein’ greedy
Just keep it real, partner, give to the needy
Ribs is touchin’, so don’t make me wait
Fuck around and I’m gon’ bite you, and snatch the plate