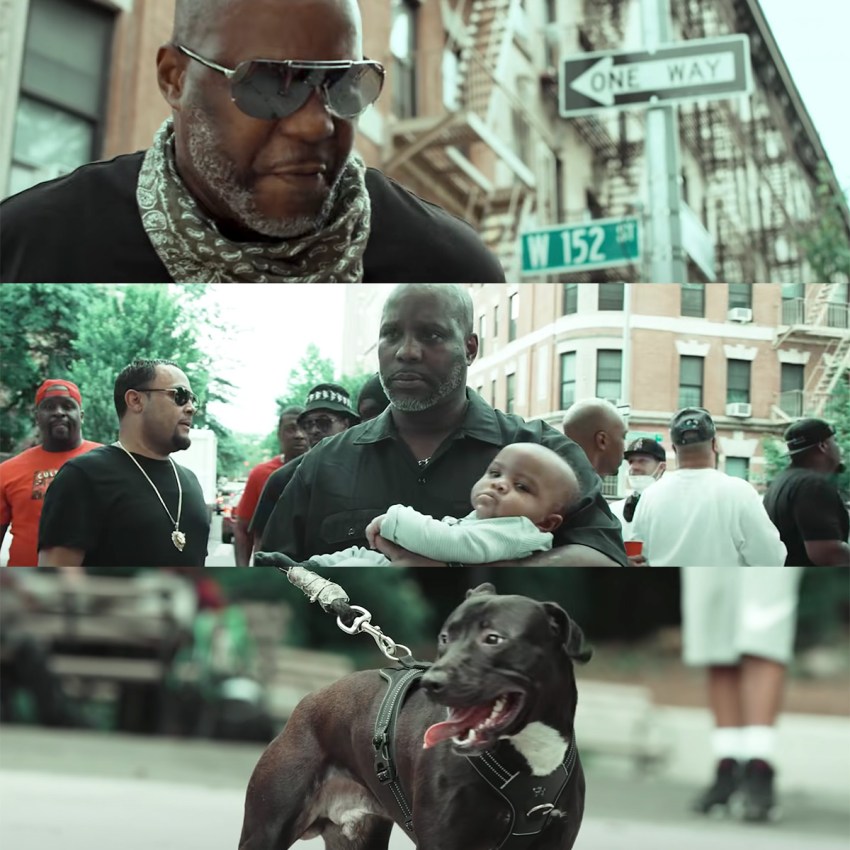 Still doing this for the block and the blogosphere. Please support Passion of the Weiss by subscribing to our Patreon.

Oumar Saleh has been preaching the gospel of Christopher Moltisanti’s drip for years.

When news broke of DMX rejoining Def Jam nearly two years ago, we quietly braced for a great hip hop comeback story. A ten-month stint in prison for tax fraud behind him, his emergence offered the impression that X had finally banished his demons. With the backing of a label he helped resuscitate at the turn of the millenium, a new album beckoned. We knew his chances of reclaiming the crown he once owned were minimal, but the prospect of X chopping it up with Griselda and sharing credits with Pop Smoke left fans of a certain age digging up their old cuban link dog collars.

But for DMX to reignite the flame, he first had to return to his roots. To X, home was the streets of Yonkers, where he roamed alongside The Lox, the trio who famously appeared alongside him on the original DJ Clue version of “Get At Me Dog,” the song that first blew him up. Over the last two decades, the trio have gone from pioneers of the jiggy arts to the gulliest trio to ever emerge from the lands just outside of the five boroughs. Last summer’s Living Off Xperience was proof that despite the added years, the group remained as dedicated to the streets as they were on the 2000 album that made them concrete in rap form. While their fourth album didn’t recreate the game-changing impact of the late ‘90s, it featured the return of their mentor who helped bring them to the Double R. Of course now, it wasn’t hard not to smile at hearing the Yonkers legends reunited.

It wasn’t just an overdue reunion, but a commemoration of the Ruff Ryders era. For one, the video for “Bout Shit” saw them wandering around a quarantined Harlem amidst the revving of 2-wheelers and quad bikes, an understated homage to the iconic visuals of “Ruff Ryders Anthem”. The Lox and X’s histories will forever remain intertwined, and not primarily because the latter was a big factor in the former’s need to be freed from Bad Boy and their ill-fitting shiny suits. X may have brought the triumvirate back into the fold, but Jada, Sheek and Styles embodied the Double R’s ethos just as much as the crew’s franchise player.

If tragedy hadn’t struck, DMX’s renaissance could’ve been seismic. The snarling tour de force that appeared on “Bout Shit” was a throwback to his days as the rap game’s alpha dog, but that heavily contrasted with the Earl Simmons who looked like he was finally at peace with himself. In the wake of X’s passing, social media’s attempts to portray him as hip hop’s Bill Murray have gained traction, with random anecdotes of him mopping up Waffle House floors to him dancing at a wedding in Albania going viral. More poignantly, others have also expressed how their chance encounters with X changed their lives, including recovering addicts to whom X would always find the time to impart wise words. It’s certainly a damn sight better than seeing laughing emojis whenever his rendition of Rudolph the Red Nosed Reindeer gets shared on Facebook. While we were sadly robbed of the chance to witness a generation’s beloved icon show a newer one why he’s “been the grim reaper since the beginning”, we at least caught one last glimpse of the unapologetically raw DMX.

#GRAMMYS: Tyler, The Creator Says ‘Urban’ Is Just Another Way To Say The N-Word’