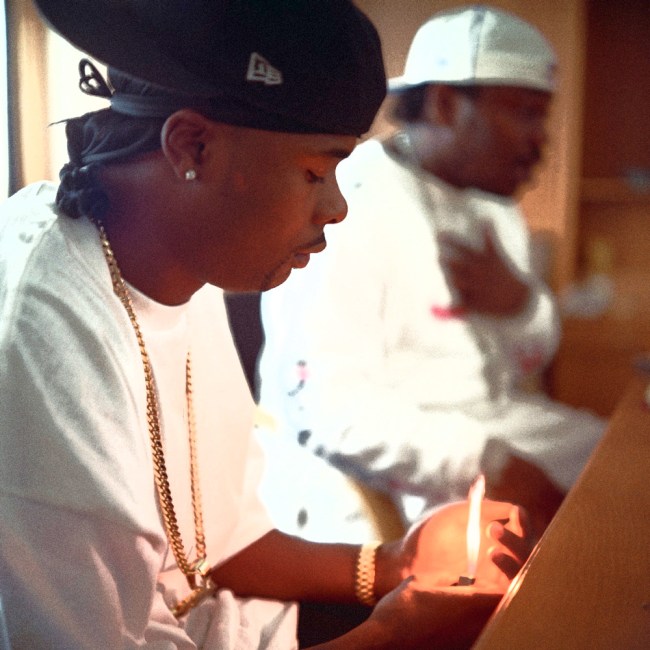 Catch us at the flicks, Apollo rap Frederick Douglass. Support real, independent music journalism by subscribing to Passion of the Weiss on Patreon.

Here’s the trouble with writing about Memphis Bleek in 2021:

The type of reader who would seek out a Memphis Bleek post like this is already familiar with the rapper’s career arc and reputation. They know he was a Jay-Z understudy who failed to launch as a solo artist due to some perceived lack of skill and personality. They know that in the Fade to Black documentary he offered to fetch some Outback Steakhouse for Q-Tip, who politely declined. They even know that Unkut designated him “History’s greatest weed carrier.”

So the only reason to write about Memphis Bleek today is to zig where others have zagged, and make the case that Bleek was actually criminally underrated. But the thing is, that piece has already been written as well. Drew Millard had an article in Outline a few years back arguing that Bleek was always miscast as a Jay-Z sidekick, and that his particular style—”hard-edged, gruff, passionate, and direct” — would have been a much better fit for underground hip-hop.

I largely agree with this take, and I suspect you do as well. And that’s the real problem: it feels like we’ve reached an “end of history” consensus on his career (somewhere between “overqualified hype man” and “proto-Griselda rapper”) and anyone who cares enough to have an opinion has already moved on to reassessing Silkk the Shocker and Drag-On.

This is where I disagree. Defaulting to overrated/underrated as a mode of cultural discourse only reinforces certain normative assumptions of artistic value and—in this instance, at least—doesn’t really capture what makes the subject so interesting, especially outside of those standard conventions.

This is a rhetorical cliché, but: Memphis Bleek contains multitudes, and each and every frame of analysis for understanding him is worthy of consideration. The dialectic has only just begun, so let’s dig in.

In basketball the “glue guy” is the player who holds the locker room together, dives for loose balls, sets screens—does Andre Iguodala shit, basically, or Jae Crowder if you’re squinting. And to me, that’s always been Memphis Bleek on any posse cut or other collaborative effort.

His bars aren’t the flashiest, but they’re always technically proficient and nicely serve the song. Like, listen to how he starts “The Roc (Just Fire)” with an absolutely stellar verse—albeit one that follows a fairly conventional cadence. This sets up Beanie Siegel and Cam’ron to stand out with slightly more complicated rhyme schemes.

Bleek also bats first on “4 Da Fam,” the second single from Amil’s All Money Is Legal album. Again, he doesn’t kick things off with lyrical pyrotechnics, but his verse nicely establishes the theme (“Ayo, this time it’s for my family, we ride or die”) and even includes a CTA for the Roc-A-Fella website.

On “Is That Yo’ Chick (The Lost Verses)” Bleek goes bar for bar with Jay-Z and Twista, and might even have the line of the song when he quotes Trick Daddy (“Uh-huh… okay… what’s up…. SHUT UP”). And just by bringing heat throughout, he makes a relatively long track (4:54) feel lyrically tight and thematically cohesive. That may sound like faint praise, but think about how many great posse cuts suffer from one weak verse or ill-considered line (looking at you, Sauce Money on “Reservoir Dogs”).

The Swizz Beatz-produced “Like That” was the lead single off Memph’s 2005 album 534, but never even reached “minor hit” status on the charts. AllMusic described it as a “half power” version of T.I.’s “Bring ‘Em Out” and Pitchfork claimed Memph derailed the track “with his staggeringly lame party-rap lyrics.”

First, that’s all bullshit. “Like That” is absolutely peak-Bleak and a total banger. It does sound a lot like “Bring ‘Em Out,” sure, and also a bit like DMX’s “Get It On The Floor.” But, let’s be honest here—a lot of Swizz Beatz productions sound the same. It doesn’t seem fair to hold that against Memphis Bleek, who completely kills this one.

Second, the song may not have reached audiences in the U.S., but I can attest that it was huge in Asia—or at least in Thailand, where I lived circa 2006-07. I used to frequent a club in Bangkok called Santika. (Don’t bother Googling it, it burned down years ago.) I swear to you I used to hear “Like That” a good three times a night at that place—first when people were pouring in early and securing tables, second when the live band performed assorted Top 40 covers (with a white American guy doing all of Mike Shinoda’s Linkin Park verses, plus “Like That” and maybe “Hot in Herre”), and then again after the show when the DJ would take over.

Now, there were no other Memphis Bleek songs in rotation, so it’s not like he ever reached Cheap Trick in Japan levels of fandom. But “Like That” had a real moment, and I’ve always believed that Memph’s late career would have been much more interesting had he decamped to Asia like John Rambo or Bobby Fischer.

The idea of hauntology was introduced by Jacques Derrida in the early 1990s to describe Marxism’s lingering influence “from the grave” on Western political discourse. The writer Mark Fisher later latched onto the term in his essays on artists like Burial and Caretaker, as their respective work seemed to evoke a vision of the future that never arrived.

Does hauntology not, then, perfectly capture the temporal disjunction listeners inevitably experience when revisiting Roc-A-Fella albums from the late 1990s and early 2000s?

In fact, a young listener blasting bangers like “Change the Game,” “1-900-Hustler,” and “What We Do” in the early aughts could never even conceive of a future in which the entire Roc-A-Fella lineup did not regularly collaborate on albums, music videos, and Dame Dash-directed film projects. And front and center on all of these would surely be Memphis ”still here, never left” Bleek.

Alas, that future never came to fruition—although I suppose we can’t discount a Man in the High Castle scenario where we’re all collectively experiencing a false reality, even as the State Property 5 soundtrack goes platinum in some higher plane of existence.

534 was Bleek’s last major release, but hardly the end of his career. Over the next decade he would release an impressive 15 mixtapes, beginning with 2005’s BedStuy Do or Die with Papoose. Nothing here matches his best album work, but if you’re amenable to Bleek’s percussive street rap then you’ll find plenty to like. And if you’re a Peedi Crack completist (there are dozens of us), then do yourself a favor and track down his appearances across these tapes because he’s consistently fantastic.

Mixtapes like this also expose Bleek’s limitations as a rapper, as he occasionally jumps on beats where he’s fated to sound inferior to the original artist. For instance, it’s admirable that he was game to tackle Dogg Pound’s classic “Ridin’, Slipin’ and Slidin’”—but right from the jump when he quotes Daz’s “It’s a brand new day in the hood” opening line, it’s clear that the timbre of his voice isn’t a good match for the song’s narcotic crawl, and his rigid cadence never quite slides into the beat’s grooves.

And even on instrumentals better aligned with his natural flow, his lyrics never elevate the material and he simply lacks the dexterity to do something truly unique that would make the song his own. Like, he sounds great rapping over Mobb Deep’s “Cobra”—but then go listen to how the Clipse completely murdered that beat. (Seriously, “Play Your Part” is the definitive version of that song.)

Still, it’s impressive that he was willing to try his hand on mixtapes this late into his career.

Just Blaze told Complex that Damon Dash tried to pull Memphis Bleek off of “The Roc (Just Fire)” because he wanted to position the rapper as a young LL Cool J, making music for the ladies. Thankfully, the producer pushed back, telling the Roc impresario that:

“The girls already like Bleek. We don’t need to push him off of hard records and onto girl records just for the sake of him being an MC that appeals to females, because that’s not really where LL is at. Guys and girls liked LL in his prime, because he could do both and it was believable. So, I spoke out very vocally about that, and I think that was the beginning of the fallout between Dame and I.”

What if Dame was right, though? Could there have been another, far more successful version of Memph’s career where he follows the LL playbook? It seems unlikely, as his few R&B collaborations (“Everyday” with Carl Thomas, “The One” with Rihanna) were pretty underwhelming.

But… imagine if Ja Rule had been unavailable for “Can I Get A….” and Bleek ended up filling in and stealing the spotlight. Could that success have led to a world where it’s Bleek, not Ja, blowing back on this Mary Jane while analyzing the game on Jennifer Lopez’s “I’m Real” remix?

Does Fyre Fest happen in this scenario? Does Bleek get into cryptocurrency?

I’ve always thought that Doc Rivers provides a useful barometer for assessing NBA coaches, in that if a coach is decidedly better than Doc Rivers (meaning they make in-game adjustments, get buckets out of time outs, etc.), then they could probably lead a team deep into the playoffs. And, likewise, if they’re a worse coach than Doc Rivers (can’t hold a locker room together, static offenses, etc.), then their team is probably fated for the lottery.

The same mental framework can be applied to Austin Rivers as an NBA guard, and Memphis Bleek as a rapper. You could probably even quantify it with some kind of “Value Over Replacement Player”-type calculation, where you’re measuring quotable lines per 100 bars or something.

We All Get a Time to Ball: Serengeti’s The Gentle Fall