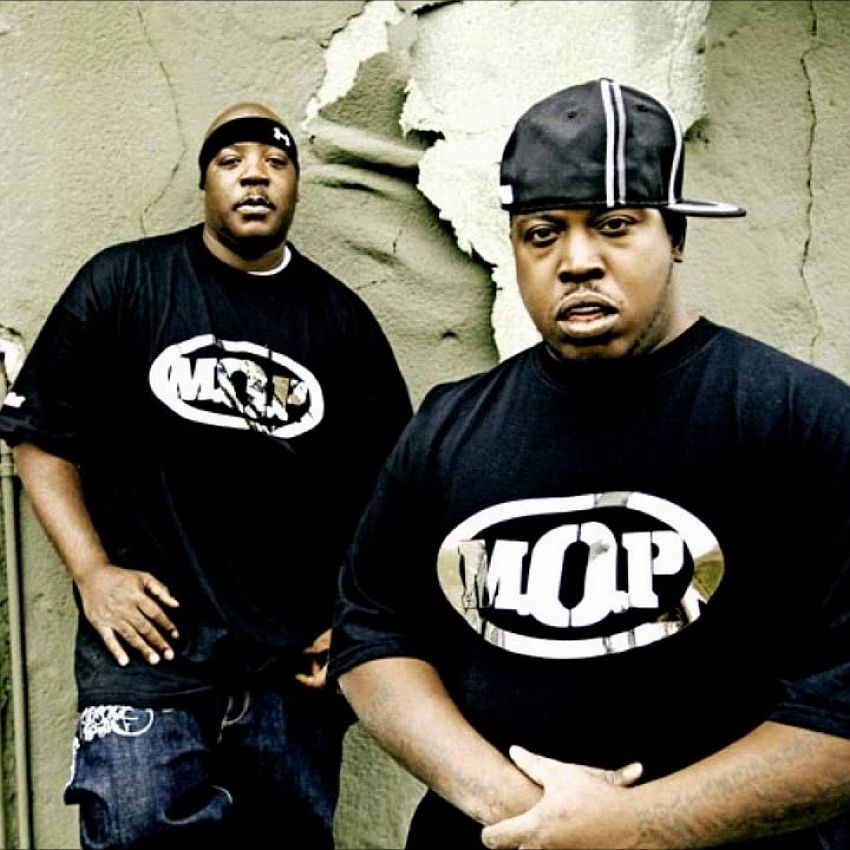 We’re $999,000 short of a mil. Please support Passion of the Weiss by subscribing to our Patreon.

David Ma will show you how messy a mess could be.

At the start of M.O.P.’s fourth release, Warriorz, Lil’ Fame and Billy Danze quietly apologize to all those who’ve been “waiting for the album to drop.” It’s a nice intro but also notable because it’s the only instance of calm. What follows is a torrent of relentless aggression. Dizzying violence and unending stick-ups. Three songs in and you’re seeing stars. On “Face Off,” over an icy Preemo sample, Danze matter-of-factly says: “A shootout, is like a common cold out here.” When the beat switches, Fame laments: “You fucking with thugs, what the fuck you think this was?” The question is rhetorical but is also a harbinger of mercenary flashes to come; moneybags and pistol-whips, blood pressure and sirens. Over and over.

Brownsville’s Mash Out Posse had mastered this approach over four releases, by this point, all of which were exceedingly successful, earning them loyal fans and some chart success. Their guest spots on others’ albums were no less ferocious. A collab with Black Moon called “Annihilation,” as one would imagine, is a shout-fest for the ages. Understandably, they also had a rep for having the craziest live shows. Despite a back-catalogue with guests like Jay-Z, the pair never exactly crossed over commercially. That is, until 2000 when “Ante Up” exploded and spread beyond regional rap circles.

It was a power anthem, one you’d hear on the radio or house parties where you’d least expect. The official video brimmed with cameos from East Coast legends, but Belgians, too, apparently went hard because it peaked at #2 in their country. Segments of the song went onto to be sampled by DOOM and Dilla, respectively. It was even perfectly used in one of those Sesame Street mash-ups, paired with Bert & Ernie, their wide mouths and jerking motions ideal for the song’s pugilistic feel (yes, Danze was Ernie).

“Ante Up” is a song of surreal tyranny, robberies in overdrive that are loud and definitely not secretive. It just might be rap’s hypest song ever, only fully realized when shouted at peak lung strength. Music journalist Son Raw once expertly described “Ante Up” thusly: “A barbarian invasion straight out of Brownsville that portrayed robbery and violence as positively joyful.” A couple months back, around the time the song turned twenty, Billy Danze retraced M.O.P.’s origins and growth, while exploring how their biggest hit came to be.

Tell us a bit about your experience growing up in Brownsville and your start in music.

Billy Danze: Man, growing up in Brownsville is like any other urban community. The drugs, the poverty, the struggle, illegal activities, all of that is real. So my story is no different from any young man who grew up in that environment. It was hard times, scratching to eat, trying to survive. I’m glad you asked me that because it’s always depicted in movies but they never actually ask the real people from there. A lot of the stuff you see on television about the urban struggle is real but this was the real life version of that. So getting into music was something I never thought was even possible because there are no dreams or hopes where we grew up.

I know you guys were from the same neighborhood, but how did you actually connect with Fame?

Billy Danze: Fame actually hooked up with a buddy of mine, Laze, who still runs with us to this day. Laze hooked up the studio and he brought in Fame. Laze had put together a compilation project called The Hill That’s Real and I came across the project after I returned to the block from being away. Fame knew I had always rapped so it made sense and he reached out. So we started to record some songs together and one was called “How About Some Hardcore” and off that alone we got a record deal. The whole record wasn’t even finished but “How About Some Hardcore” became our first single around ’93 and that was the beginning.

You guys always had a loyal following but it wasn’t until Warriorz, your fourth album, when things started to pick up. “Ante Up” of course played a huge role in that. Describe your mindset going into it.

Billy Danze: People just think it’s a robbery record, you know, “Gimme this, gimme that…” but for me, when I actually think about it, the track was more about our careers at the time and the music business as a whole. We had already put out three albums by that point and smashed everybody when it came to live shows on stage. We smashed everybody on guest verses on their own records too. But still we were not getting our due respect. So the song might sound like it’s about robbing and stealing only, but for me, we got the energy for this one because we were calling for respect and taking it.

Speaking of energy, the beat is so hard. Was there a moment when you first heard it? If you do, tell us about it.

Billy Danze: What’s crazy is that no one in the history of any interviews has asked me that, which is strange because it’s such a big song of ours. I’m glad I’m leaning up against something because I almost fell down [laughs]. That’s how I feel when I think of the beat. It’s just so sick and DR Period has just always brought us the best beats. I remember we were literally in the middle of making an album, so my head was everywhere for a while. For me, when I hear a beat, I’m checking off boxes in my head. Is it a good beat? Yes it is. Does it have bounce to it? Yes it does. So it was an effort to make it hard and as big as possible. Did I know it was going to be as big of a hit as it was? No I didn’t, I had no clue. We did the song then actually stopped doing the entire record and finished an EP instead called Handle Ur Bizness. So when the album finally did drop, “Cold as Ice” was a success too but “Ante Up” just exploded.

When did you realize “Ante Up” was starting to resonate with listeners? Tell us about that moment.

Billy Danze: What’s crazy for me was that I was on the road when the hype got back to us. I’m a real artist, I’m always doing something creative and I’m always onto the next, and next and next. So my head was somewhere else when the song became big. It seemed like everyone knew it was blowing up except us. Plus, I was on tour so everything was drowned in Hennessey. Look, I’m just really grateful bro. I’ve traveled the world fives times over at least, and not just on this record, but on the strength of everything else we’ve done. But every time we do this song on stage, it’s always so live, and the always roof comes off the place.

Tell us how it sits with you when you look back on it nowadays.

Billy Danze: “Ante Up” helped me put the kids through school and helped me have a decent life, so I’m very, very grateful. And I don’t tell everybody this, but “Ante Up” isn’t even my favorite record. To this day it isn’t. It’s not like I don’t like the record, I just like other M.O.P. songs way more. But I’m so glad people gravitated to it and held onto it, and are still holding on to it. It gives us opportunities still and, for me, that just pushes me to keep going.

The Game & Anderson. Paak Tear Up L.A. In “Stainless” Video

Anderson .Paak, Rick Ross Go Back to School for the “Cut Em In” Video